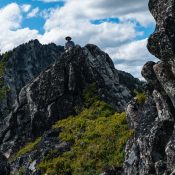 This peak is not in the book. Published January 2020

The Slide is located due south of Square Top in the Southern Lick Creek Range. USGS Blackmare 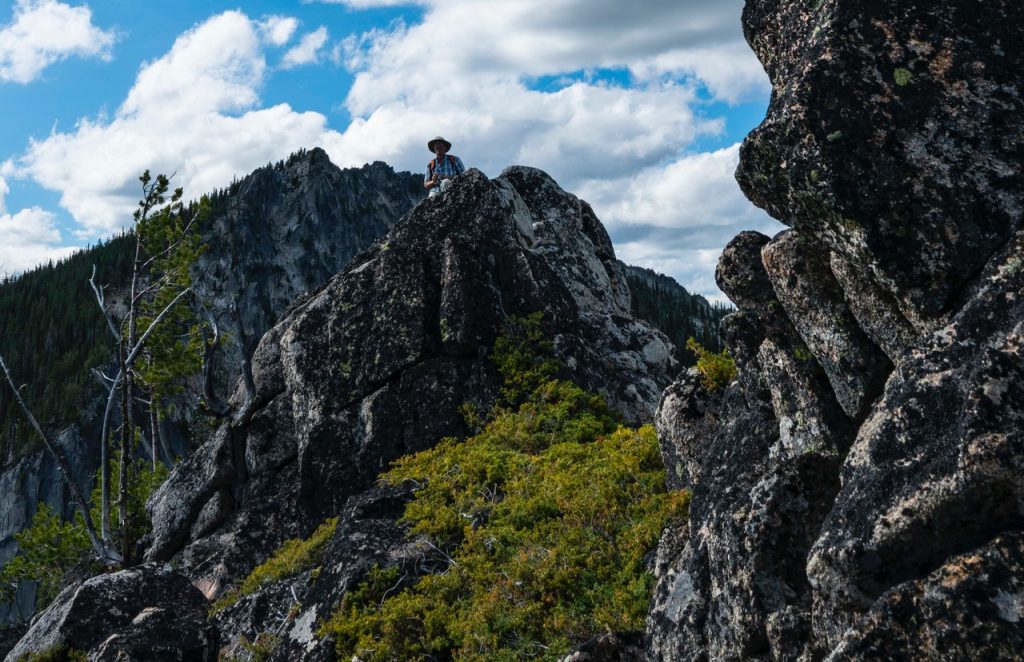 The summit of Peak 8162 with Square Top in the background. John Platt Photo

From Kennally Creek Campground, follow FST-101 to Needles Summit [(B)(5)(b) on Page 136]. From Needles Summit, follow FST-303 to the peak’s West Face. John Platt reports: “Trails are in great shape. You have to navigate several trail junctions. Fairly shady but also buggy. There are a few downed trees here and there, but you can make good progress all the way to Needles Summit.” Follow FST-303 from the vicinity of the small lake due northwest of the peak toward the summit.

The name Needles Summit actually refers to two passes that are south of Peak 8494 and above the Gold Fork drainage. Follow the trail to the second (easternmost) pass. From this pass, the trail is designated as FST-303. Follow it down to the small lake at the base of Peak 8162’s Northwest Ridge. Unfortunately, the trail has not been maintained in many years. John Platt reports “We camped on the east shore of the little lake. We thought we saw some signs of an old trail, but did not find a tread that we could follow.”

John describes his route as follows: “Our route pretty much followed the ridgeline until just below the summit, where we dropped down the Southwest Side a bit, then climbed up from the far side—sort of heading north to the summit block. And then contouring around to the Northwest Side to gain the top of the block. A little awkward, and crawling through/over some heather, which covers up all the possible footholds.”