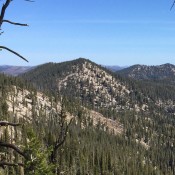 The Payette River forms the southern boundary of the Western Salmon River Mountains. The mountains north of the river climb steeply out of the river’s canyon and form a series of complicated ridges and deep drainages. The ridges reach over 8,000 feet in the area around Scott Mountain. While the area around Scott Mountain is the highest point in this region, Lightning Ridge to its northwest is also worth a look. As an aside and a teaser, I note that though the spot designated as Lightning Creek Rocks on the maps does not look that impressive, there is one granite spire farther to the northeast that is clearly an impressive technical problem. I doubt that it has been climbed (see the photo below). Although this area has not received calls for wilderness designation, it is wild, difficult country.

Peak 8220 and Peak 8202 are located northeast of Scott Mountain along a North-South ridgeline that departs from the road that leads to Scout Mountain. Access to this area is via the Deadwood Reservoir Road [(D)(1.2) on Page 140]. The road to Scott Mountain leaves this road at its highest point, roughly 10.0 miles from the pavement. Climb this peak by parking at the saddle on the East Side of the ridge (see my GPS track below). The road is wide enough at this spot for two vehicles to park. USGS Lightning Ridge 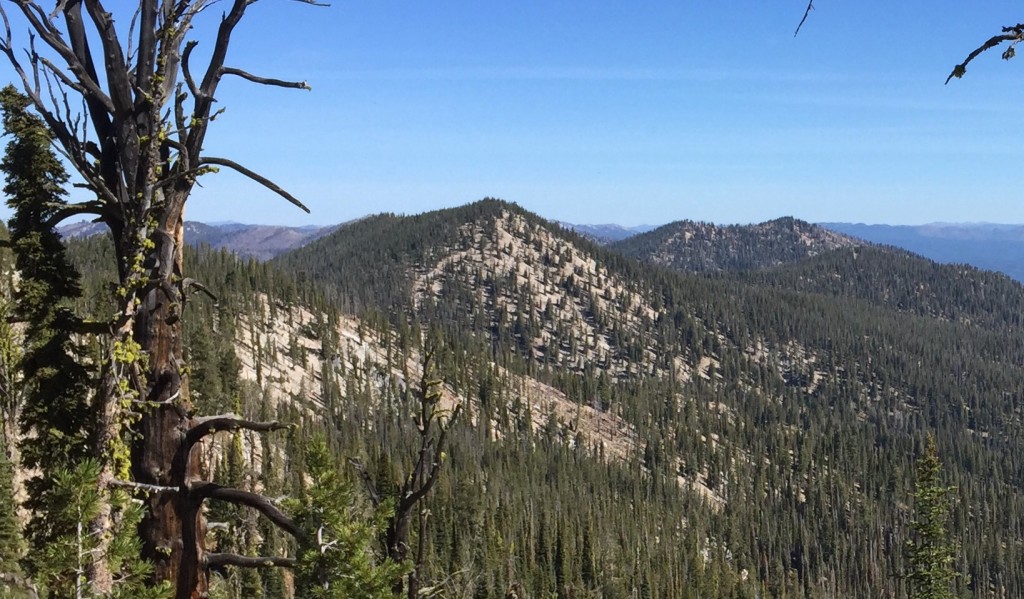 Peak 8220 as viewed from the southwest along the approach route.

The ridge walk to Peak 8220 is scenic and moves through open forest and meadow. My GPS recorded 2,300 feet of elevation gain for the 7.7-mile round-trip journey. We crossed Peak 8202 on the way out and bypassed it on the return trip. The ridge is without major ups and downs, but they do add up. Follow the ridge crest along game trails to Peak 8202, descend to the connecting saddle, and climb the West Slopes to the summit ridge. The summit high point is comprised of granite boulders. 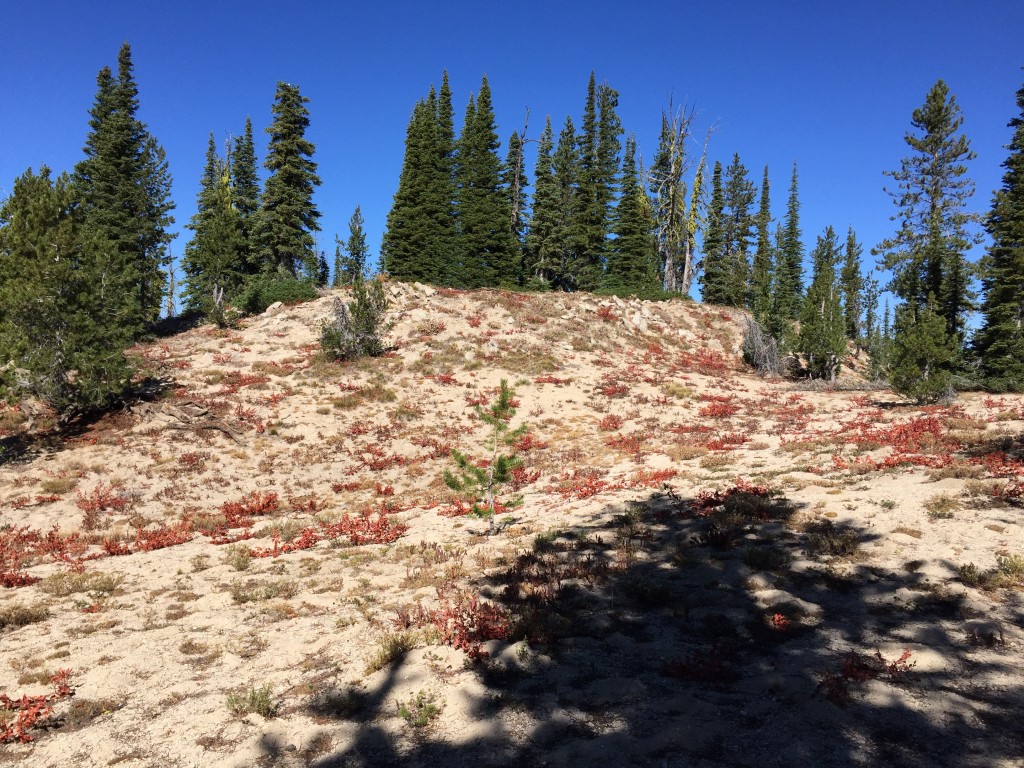 A typical scene along the ridge crest. You will find thicker forest on the North Slopes but no difficulties with brush or downfall. 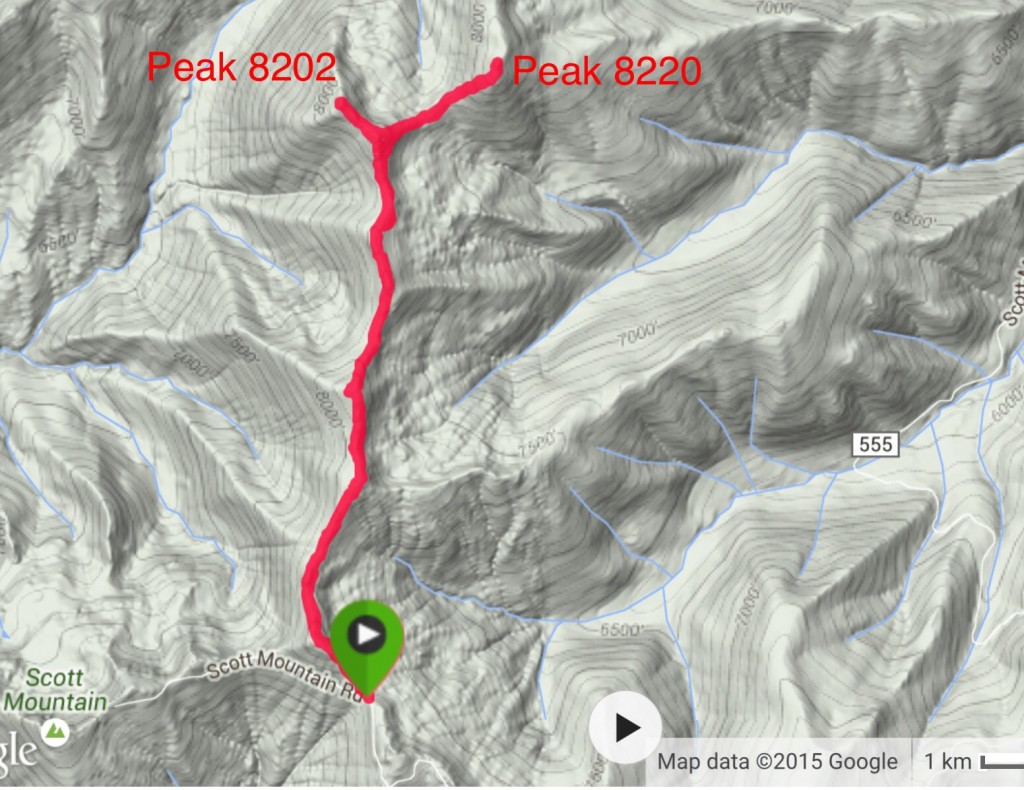 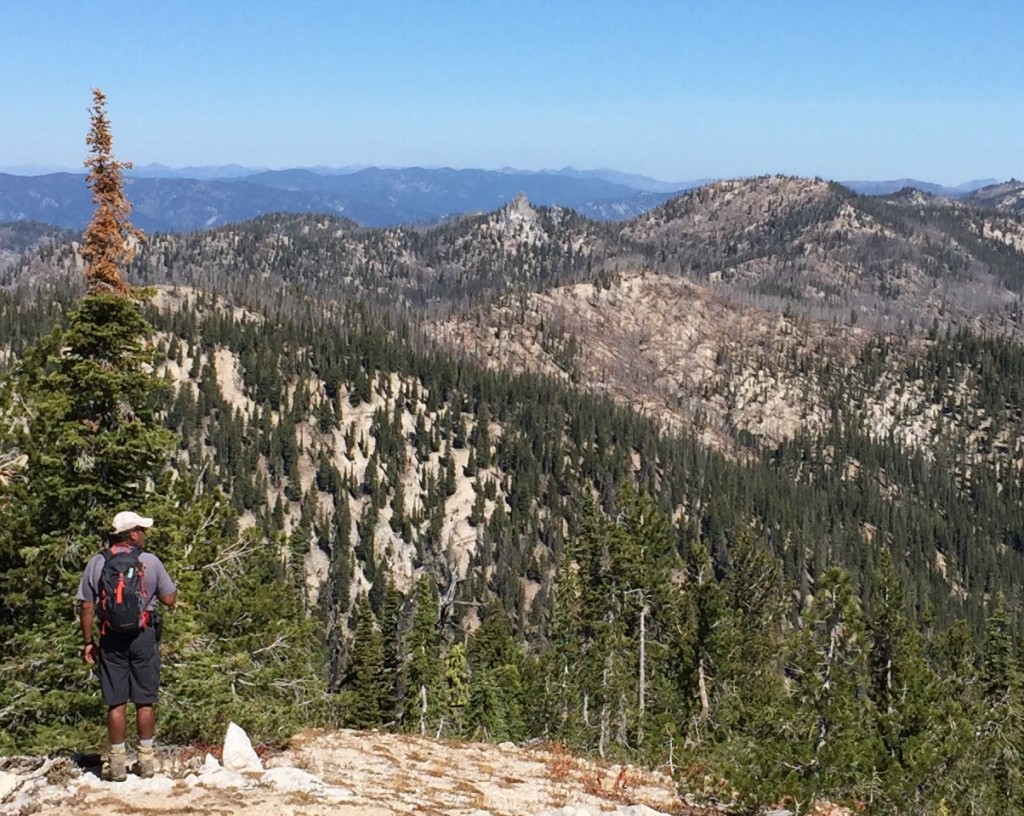 The granite spire I mentioned above sits in the middle of this photo which was taken from Peak 8202. 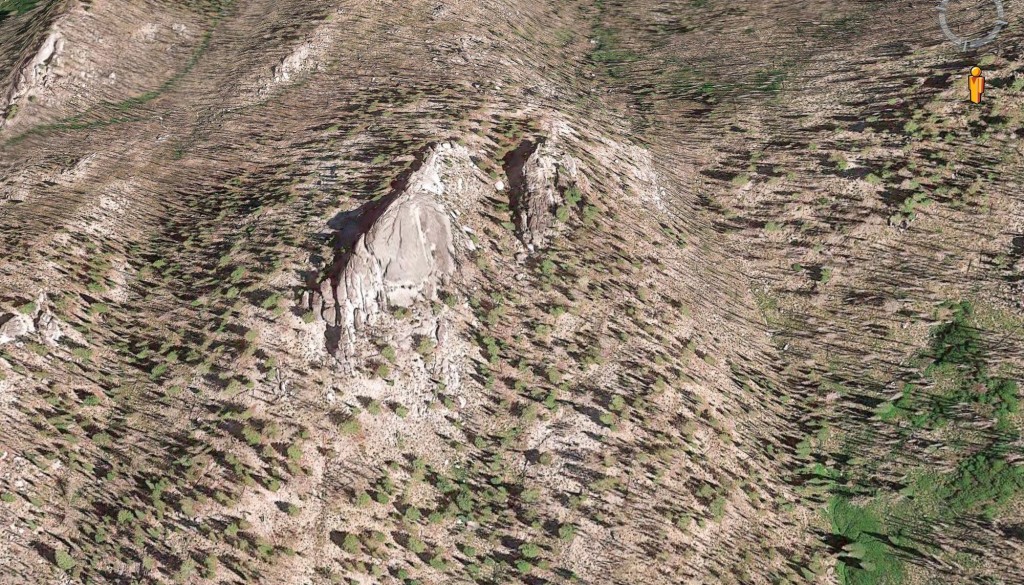 This is a Google Earth image of the unnamed spire. Be warned: there is no easy access to this formation.