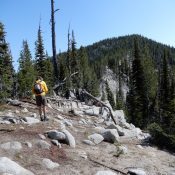 Peak 8260 is located southwest of McCall on the main Lick Creek Range Crest and NNW of Blackmare Lake. This area is remote from an access standpoint. USGS Blackmare 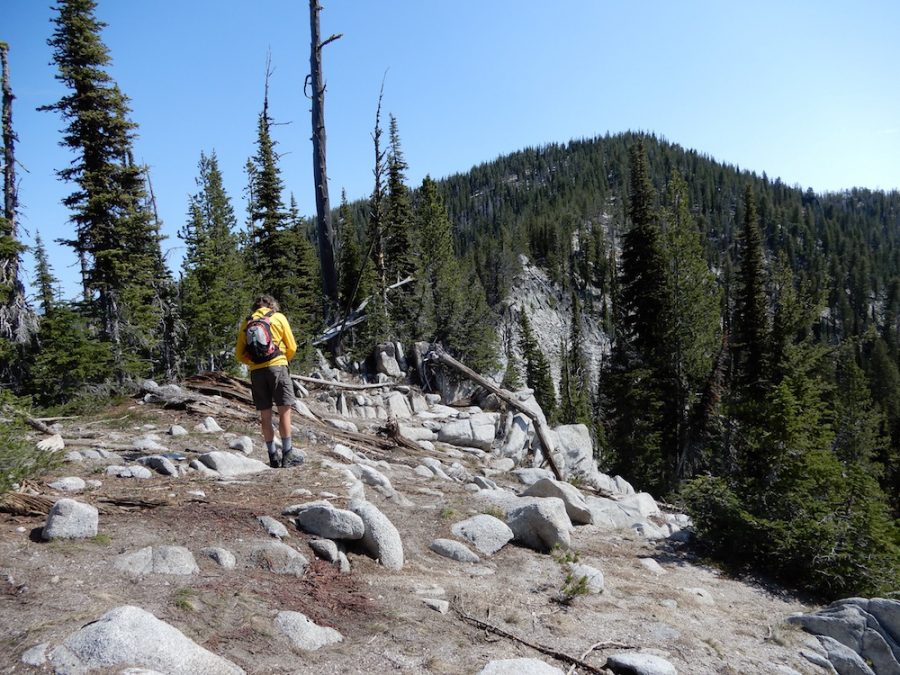 John Platt ascended the peak via its Southwest Ridge. His route follows FST-101 and then FST-099 east to a signed junction near the North Slopes of Point 8079 (photo below). 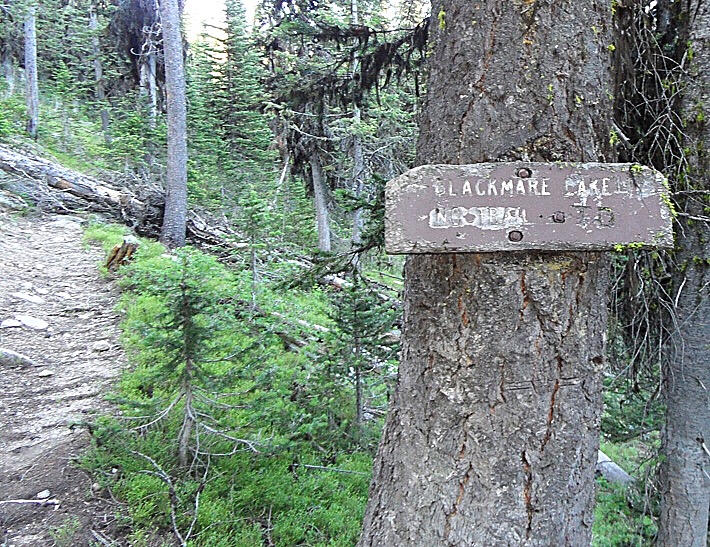 This sign marks the beginning of the unofficial trail to Blackmare Lake. It is difficult to read but it says “Blackmare Lake No Trail.” John Platt Photo

This unofficial trail climbs across the North Slopes of Point 8079 to the saddle south of No Trail Peak 1. John reports:

Despite the sign, there is an easy-to-follow use trail to the saddle. After that (heading to the lake), I would be making assumptions. But I assume it continues at least to the upper lake (where my Dad says the better camping is located). As I recall, the use trail was in pretty good condition with only a little downfall….but it was partly under snow at the time. Above the saddle, we found easy bushwhacking up the Southwest Ridge of No Name Peak 1.

From the saddle, the route follows the Southwest Ridge to the summit. John and his companion then descended the peak’s West Ridge on their way to Peak 8122 (No Name Peak 2). John’s trip report is linked below. 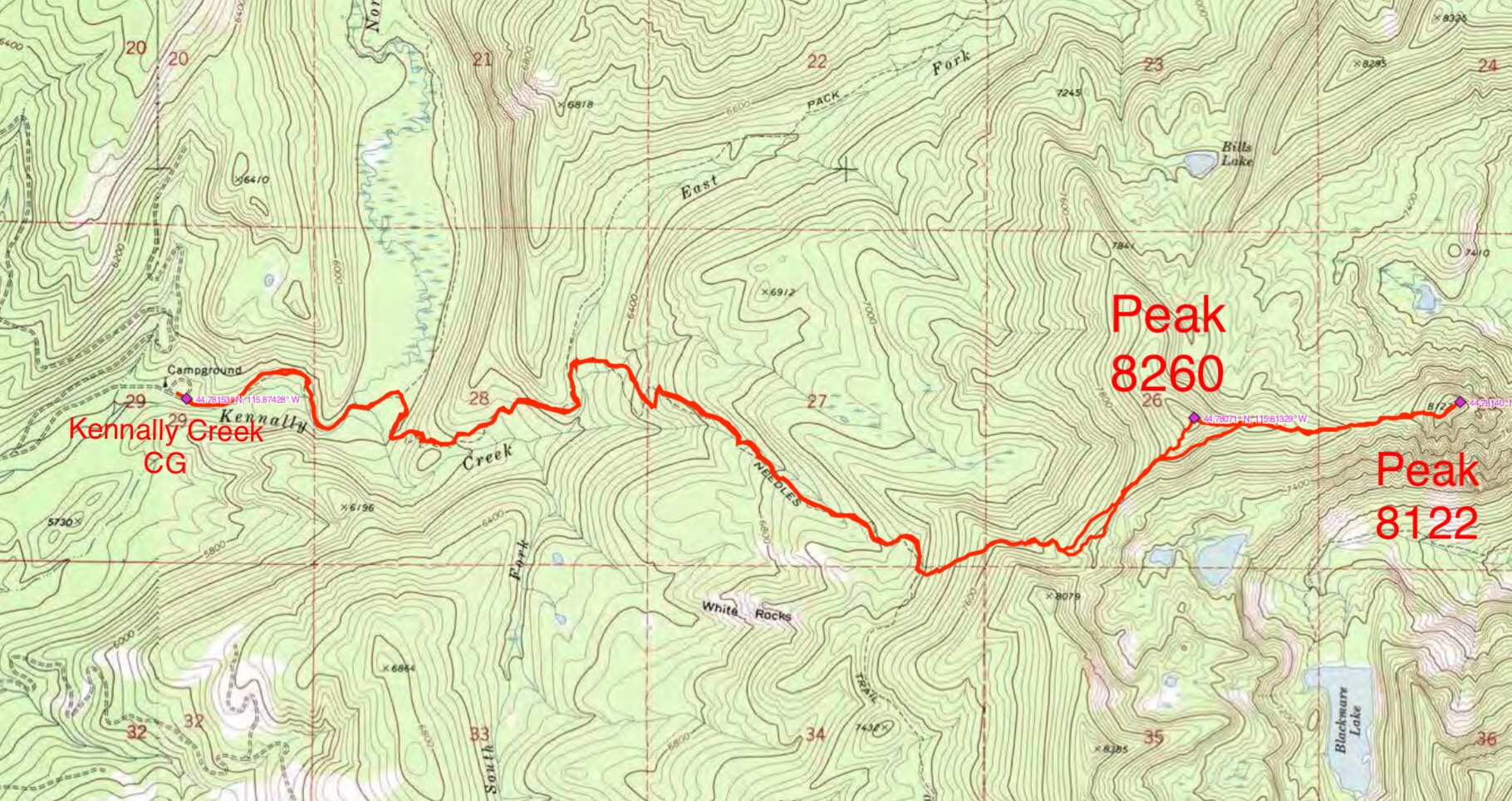