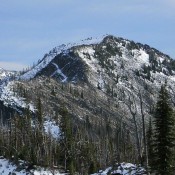 This peak is not in the book. Thanks to Dan Saxton for bringing this peak to our attention.

Peak 8261 is located near Rocky Point and Skookum Butte, on the MT/ID state line at the very north end of the high part of the Bitterroot Mountains. Since Rocky Point is merely a spur of this peak, I’ve been referring to this peak as “Big Rocky Point.”

This unnamed summit can be reached by following the state line from Elk Meadows Road. Follow old logging roads and open woods up to Rocky Point, and then continue along the ridge to Peak 8261. The going gets much rougher after Rocky Point, with plenty of talus (no harder than Class 2+). The crest gets a little narrow at points, so just skirt it on its right side. On top is a fantastic view of the Bitterroots rearing their serrated crests into the heavens. USGS Dick Creek 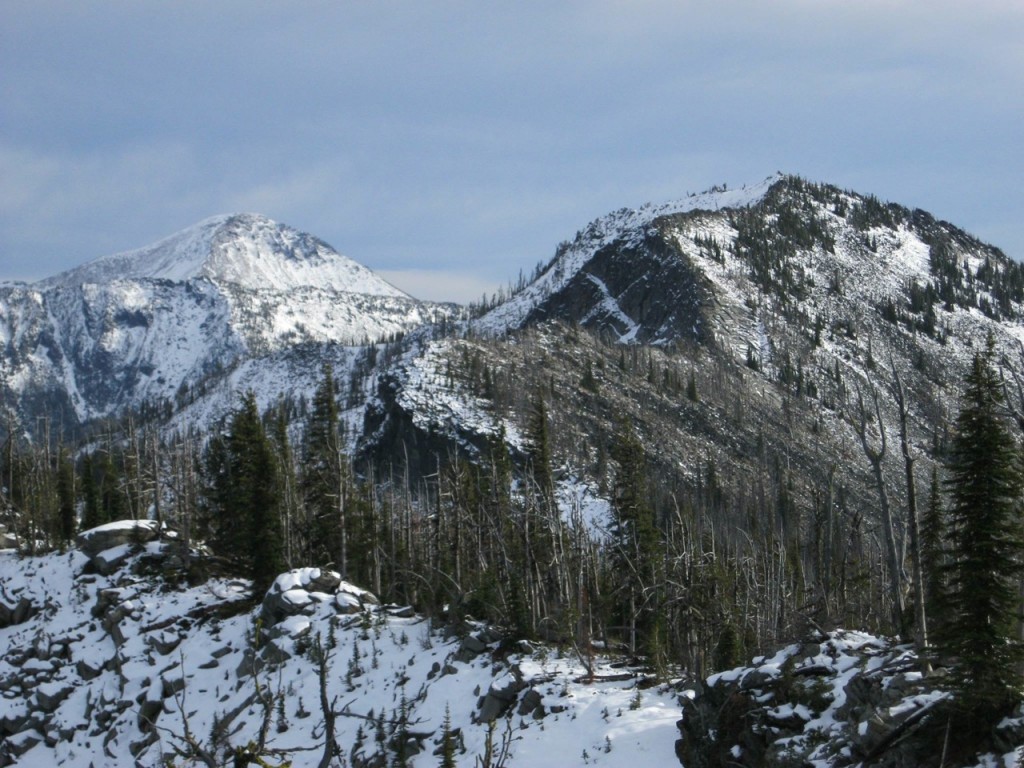 Peak 8261 as viewed from Rocky Point with Saint Joseph Peak in Montana on the left. Dan Saxton Photo 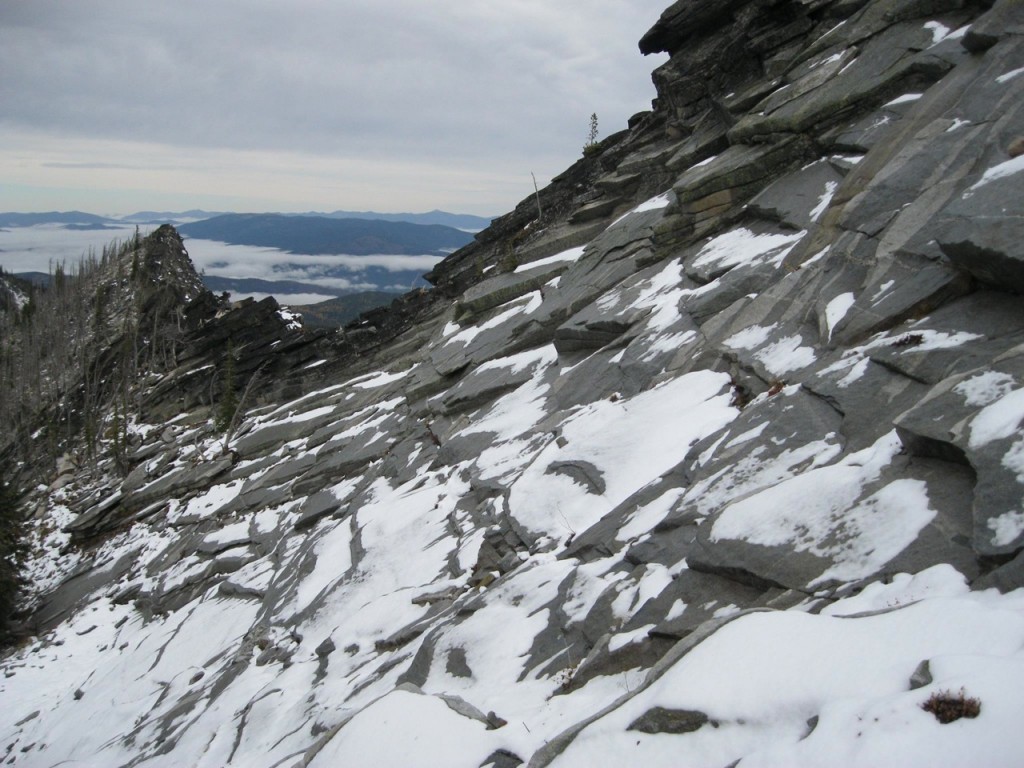 Some of the slabs on the way up. Try to do this without snow! Dan Saxton Photo 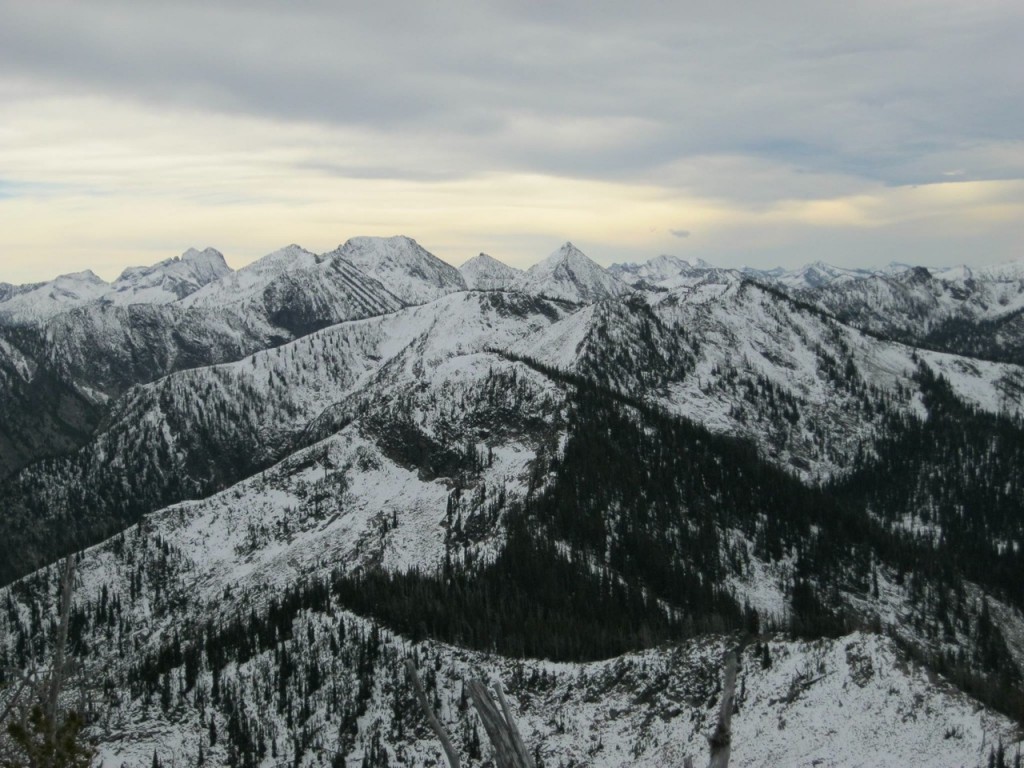 The mighty Bitterroots as viewed from Peak 8261. Dan Saxton Photo 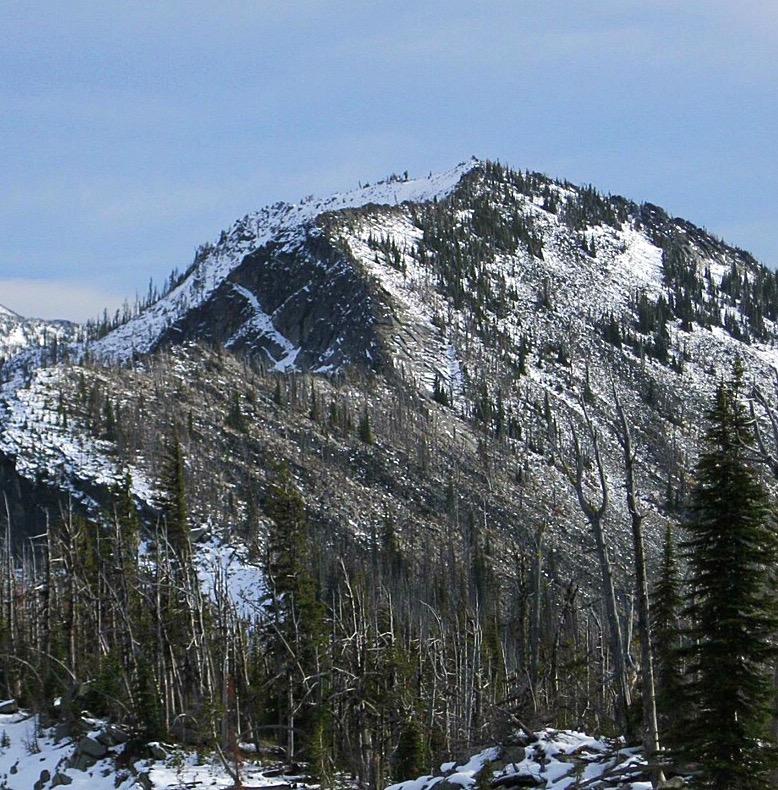