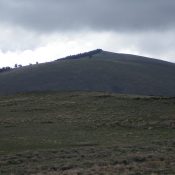 Peak 8288 is the easternmost of three gentle hills in this area: Peak 8297 North, Peak 8297 South, and Peak 8288. Peak 8288 towers over the Broken Wagon Creek drainage to its south. The peak is easily approached from nearby US-93 just north of Willow Creek Summit. The easiest ascent route is via the southwest ridge from Broken Wagon Creek Road. USGS Antelope Flat 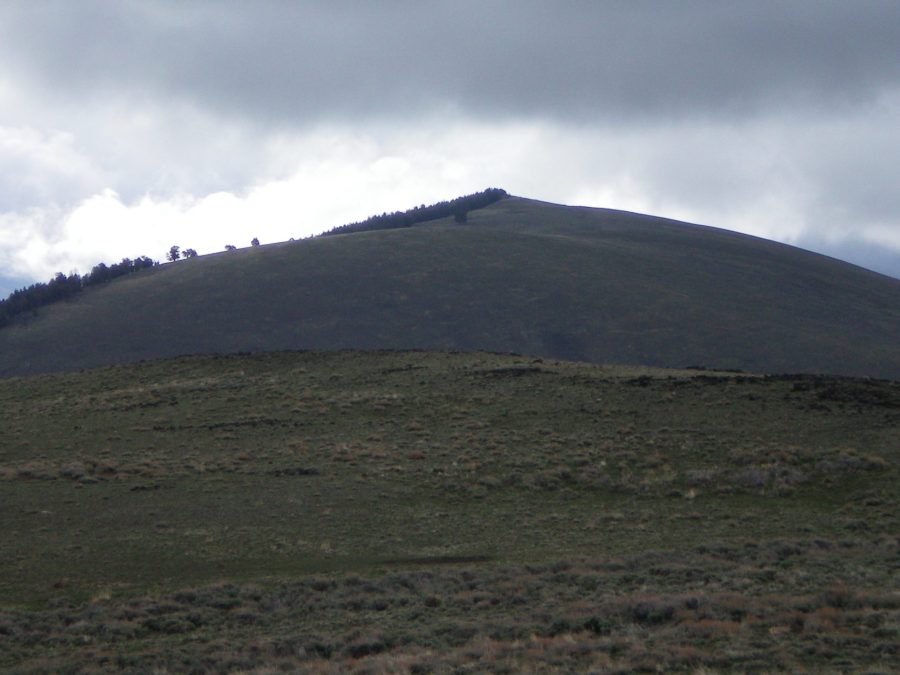 Peak 8288 as viewed from the summit of Peak 8297 South. Livingston Douglas Photo

From the parking area alongside Broken Wagon Creek Road, hike up the road for a short distance. Leave the road to bushwhack west-southwest up through sagebrush to reach the ridge rock of the east ridge near its low point. There is an obvious grassy ramp here which makes it easy to climb up onto the crest of the east ridge. Once on the ridge, follow it west as it climbs gradually then more steeply through open scrub.

Pass a rocky buttress on its right/north side and scramble up easy short scrub and broken scree to reach the left/south edge of a prominent forest. The forest itself is open and equally easy. The rounded ridge narrows as you approach the summit area. The high point of Peak 8288 is the middle rocky point on a narrow section of ridge that borders a pine forest to the north. The summit has a small cairn on top. 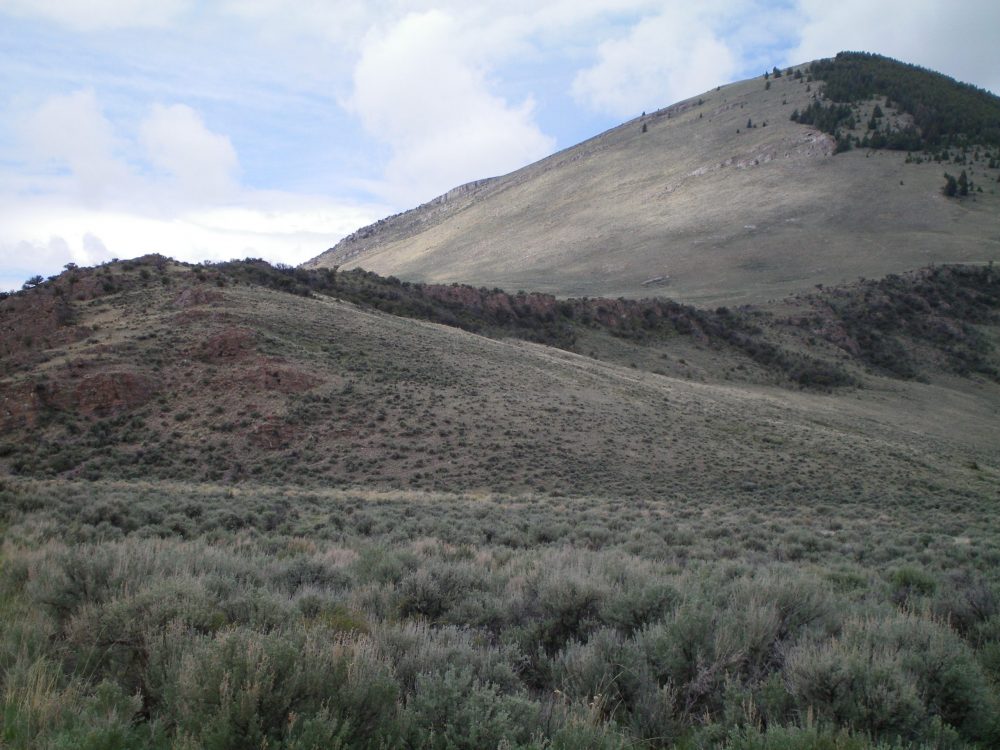 The east ridge of Peak 8288 as viewed from the parking area. Livingston Douglas Photo 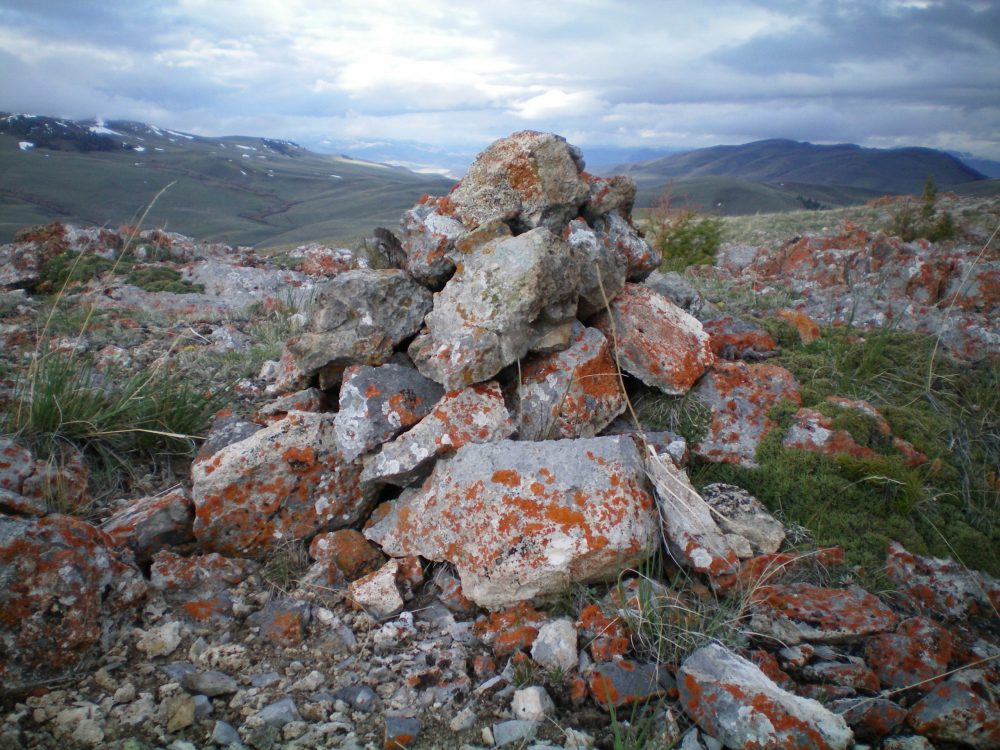