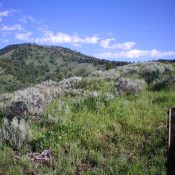 Peak 8450 is located in the Western Centennials above Porcupine Pass (7,062 feet). It is a long, narrow ridgeline summit that is northwest of the pass. It is most easily climbed via its southeast ridge from Porcupine Pass. USGS Corral Creek 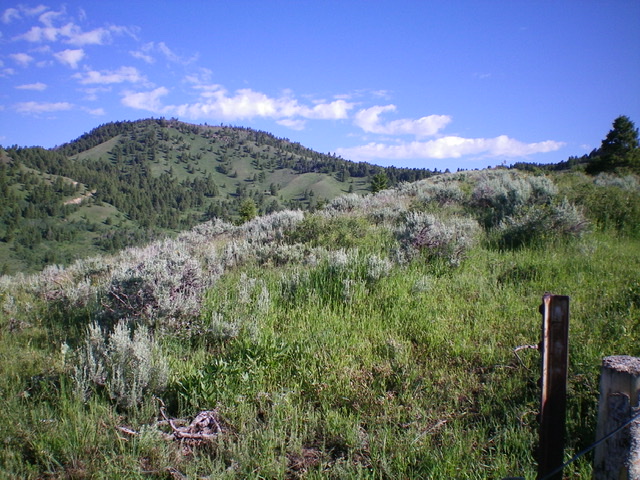 Peak 8450 (left of center) as viewed from the southeast. Livingston Douglas Photo

Porcupine Pass (7,062 feet) is reached from I-15 at Exit 184/Old Beaver. Drive north then northeast on FSR-006 for about 9 miles to Porcupine Pass. I reached Porcupine Pass from Kilgore, ID so I do not have specific mileage figures from Exit 184 on I-15. Porcupine Pass is signed and has a parking pullout as well as a dispersed camping area.

Only the summit blocks are Class 3. From Porcupine Pass, follow an old use trail initially up through the sage and brush on the open southeast ridge. You will soon find a cattle fence on the ridge crest and a 2-track jeep road on the right/east side of the fence row. Follow the fence row up to a fence junction. Jump the fence and follow a weak, dilapidated fence row north up the ridge to its end near Point 7840+.

From Point 7840+, follow a well-beaten cow/elk path northwest down to a saddle (65 vertical foot drop) then follow the ridge northwest in semi-open terrain to the base of a steeper face section of sagebrush and talus. Climb it to reach the east end of the lengthy summit ridge. Follow the ridge crest and soon find an old 2-track road. Follow it along the ridge crest until it ends in 0.5-0.7 miles. From the road’s end, scramble northwest up the narrow ridge crest on easy, open scrub/sage and broken rock (with some ups and downs) to FINALLY reach the forested summit area.

The summit high point is two massive piles of Class 3 blocks. After experiencing no talus or boulders prior to this on the southeast ridge, this is a surprise. Scramble to the top of each to be sure to claim the summit. There was no summit cairn on top. The northern block seems to be the high point and there are lots of old rusty tin cans at its base. 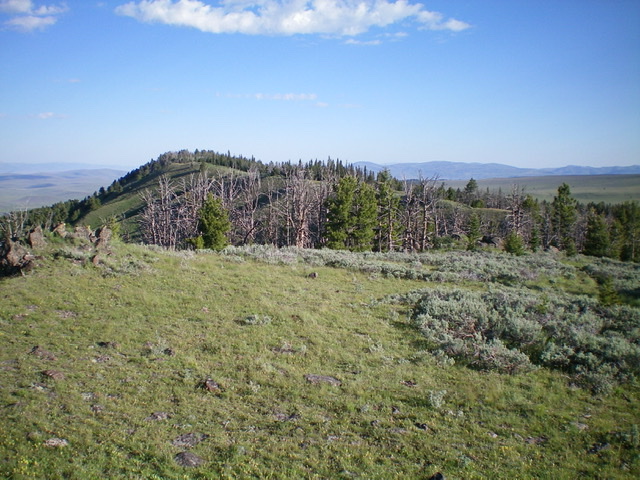 The final push up the southeast ridge of Peak 8450. The summit is behind the forest in the distance. Livingston Douglas Photo 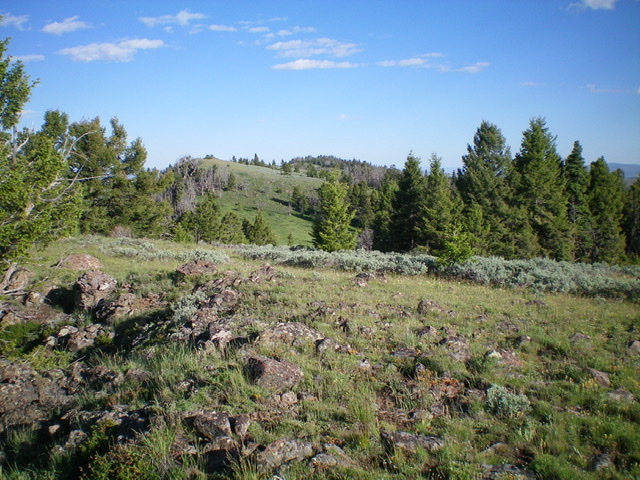 Another view of the LONG summit ridge crest of Peak 8450 from near its southeastern end. Livingston Douglas Photo 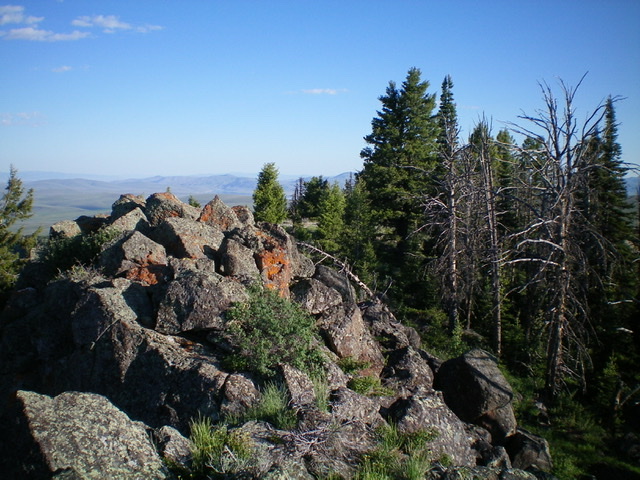 The summit blocks and nearby forest atop Peak 8450. Livingston Douglas Photo 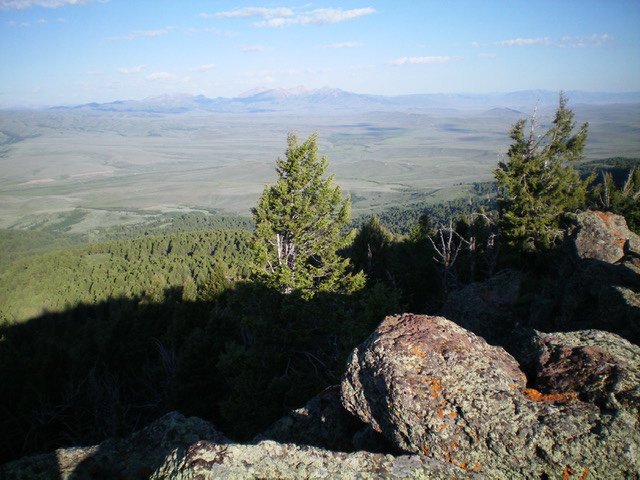 The view from the summit of Peak 8450, looking northwest toward the South Beaverheads. Livingston Douglas Photo