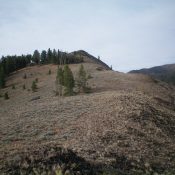 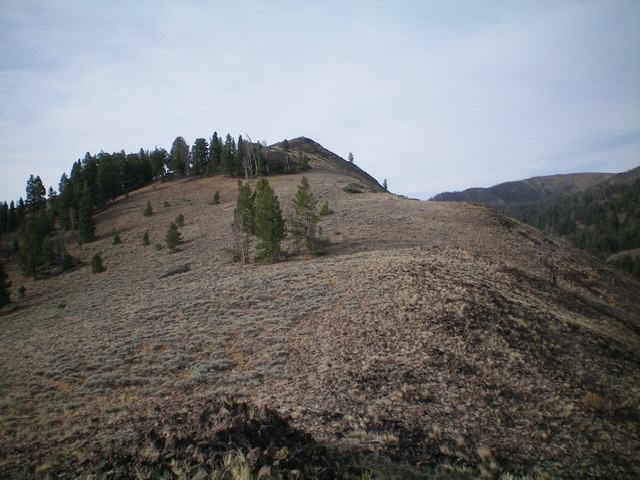 Looking up the north ridge at the summit of Peak 8660. Livingston Douglas Photo

From the junction of US-93 and Main Street in Challis, drive west on Main Street (which becomes Garden Creek Road) for 4.9 miles to a signed junction with the Custer Motorway/FSR-070. Bear left here to stay on Garden Creek Road/FSR-069. At 6.6 miles, enter the Challis National Forest. At 6.9 miles, reach a signed junction with the Keystone Mountain Road/FSR-052. Park here (6,730 feet).

From the road junction, hike south up Keystone Mountain Road to a sharp right bend at about 7,760 feet. The road leaves Keystone Gulch here but it is best to stay in the gulch for this hike. Follow an old 2-track road up Keystone Gulch to reach a “T” junction with FSR-052 (which is now the Bayhorse Road). Go left/east onto FSR-052 and follow it for a short distance to reach a signed junction with FST-4369. Go straight here to remain on FSR-052 (labeled as the Lombard/Bayhorse Trail). Follow FSR-052 south out of the forest and into open terrain at the base of the west face of Peak 8660.

Leave the road and scramble left/east across a talus-filled gully to reach the base of the west face. Scramble east up a steep slope of somewhat-loose talus and, higher up, embedded rock ribs (Class 3). Climb the rock ribs to reach the crest of the north ridge. Head right/south up the easy talus-and-scrub ridge crest to reach the narrow ridge crest summit of Peak 8660. The summit has two cairns of equal height about 50 feet apart. I believe that the south summit is slightly higher than the north summit. The south summit has a piece of rebar protruding slightly from the rocky ground. 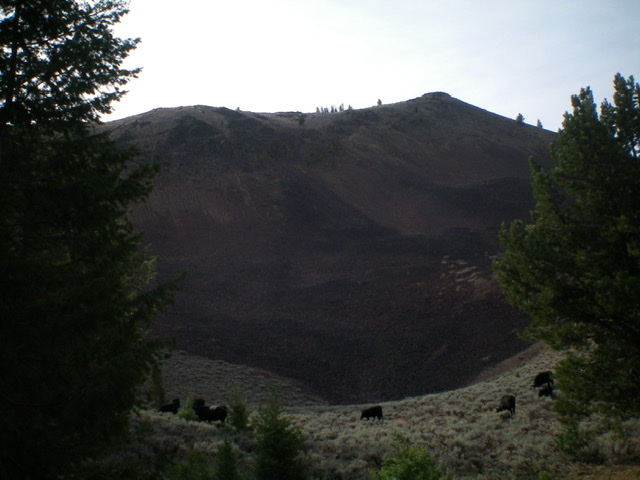 The west face (my ascent route) is rocky, steep, and loose. The summit is right of center. The skyline (middle and left of photo) is the north ridge (my descent route). Livingston Douglas Photo 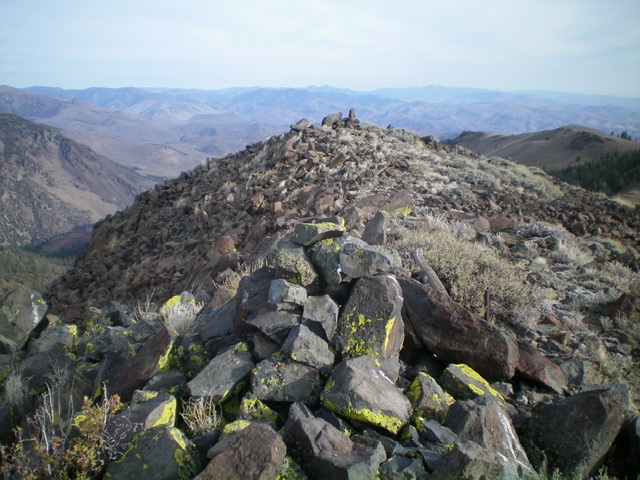 From the summit, descend the north ridge down to an 8,420-foot saddle on easy talus and scrub. From the saddle, descend west then northwest on somewhat-steep, open scrub and scree to reach a shoulder (of sorts) near the forest. Look for a cattle trail to help you traverse diagonally left/northwest to reach the shoulder. Once on the shoulder, descend west through easy forest and quickly find FST-4369 on the right/north side of the shoulder.

Drop to FST-4369 and follow it for a short distance to a meadow and then up to its junction with the Keystone/Bayhorse Road (FSR-052). Hike west down FSR-052 briefly to reach its crossing of Keystone Gulch. Leave the road and follow an old 2-track down Keystone Gulch to intercept FSR-052 at a sharp bend (7,760 feet). Follow FSR-052 north down to its junction with Garden Creek Road and your parked vehicle.