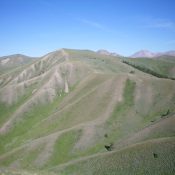 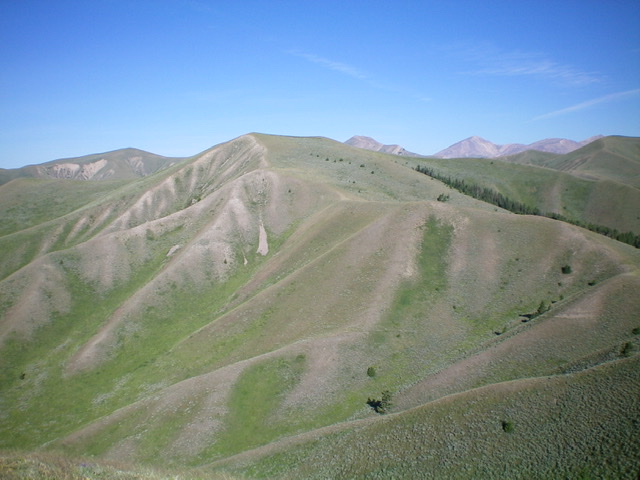 From Exit 9 (Snowline) on I-15 in southwestern Montana, drive southeast on [paved] CR-1079/Shineberger Creek Road (signed for “Sawmill Creek”). After 2.1 miles, the pavement ends and the road turns right/south at an unsigned junction (do NOT go straight here) to cross the railroad tracks. Shineberger Creek Road heads south then southwest to reach the NF boundary, where the road becomes FSR-1079 on a saddle at a signed junction with FSR-1080/Sawmill Creek Road. Go left/south to remain on Shineberger Creek Road/FSR-1079. Reset your odometer here. Drive 1.7 miles to reach the end of the road on a grassy bluff at a trailhead. Park here (7,400 feet).

From the trailhead parking area, scramble south up onto the north ridge of Point 8806, staying on the left/east edge of the forest to remain in open sagebrush/grass. Once on the ridge crest, the terrain becomes short scrub/grass and is an easy hike, albeit lengthy. The ridge weaves a bit in reaching Point 7978, drops to a saddle, and narrows. From the saddle, follow the ridge south with two minor ridge humps to reach the Continental Divide and the CDT at Point 8806.

It takes just over an hour to reach Point 8806. Follow the Continental Divide (sometimes with help from the weak CDT and sometimes not) southeast then south as it meanders its way through some ups and downs to reach the gentle summit hump of Peak 8661. The summit is at a fence corner and has a pile of rocks there but no real summit cairn. Ironically, you are at a lower elevation on this ranked summit than you were when you reached the Divide at [unranked] Point 8806!

From the summit, descend east on the Continental Divide to a saddle at 8,250 feet. This is the low point and the connecting saddle between Peak 8661 and Peak 8780. This is the conclusion of the first leg of this two-peak journey. Peak 8780 is up next. 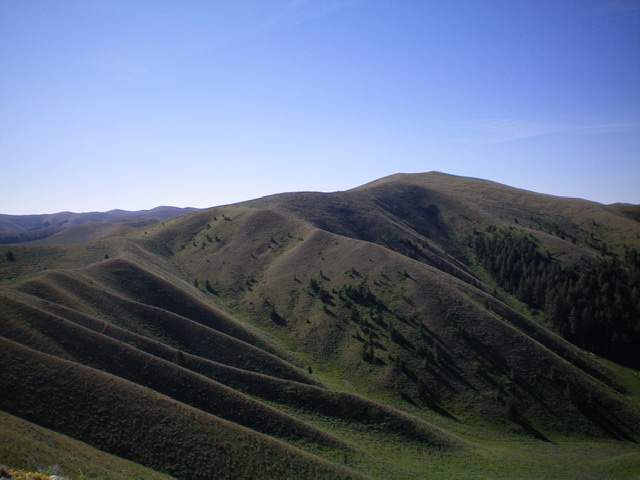 Peak 8661 (right of center as viewed from Point 8806 to its northwest. Livingston Douglas Photo 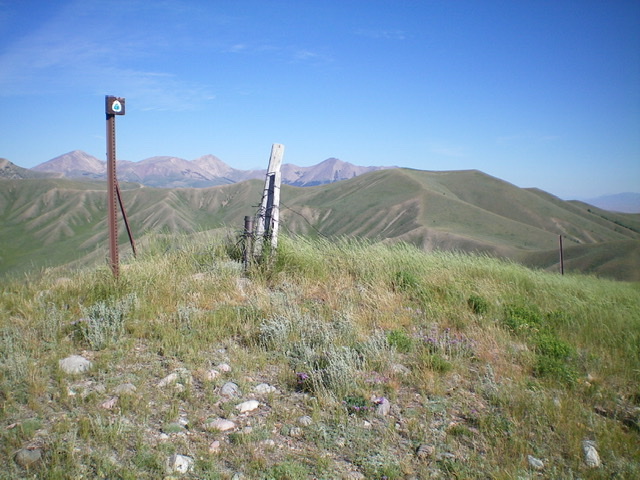 The summit of Peak 8661 is this ridge/fence corner on the Continental Divide. Livingston Douglas Photo 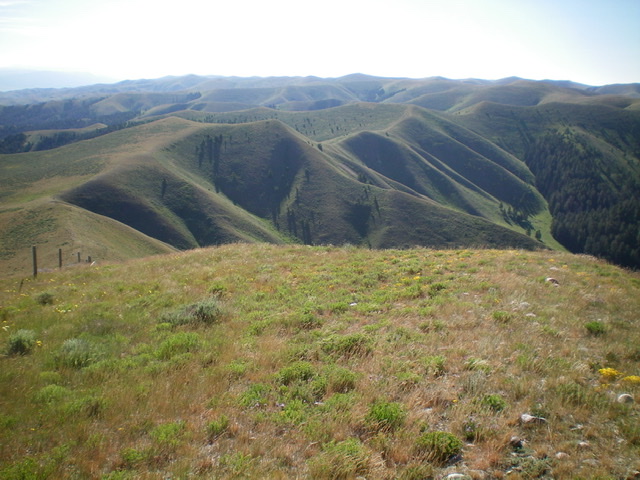 Looking southeast along the Continental Divide from the summit of Peak 8661. This is the first leg of the ridge traverse to Peak 8780. Livingston Douglas Photo 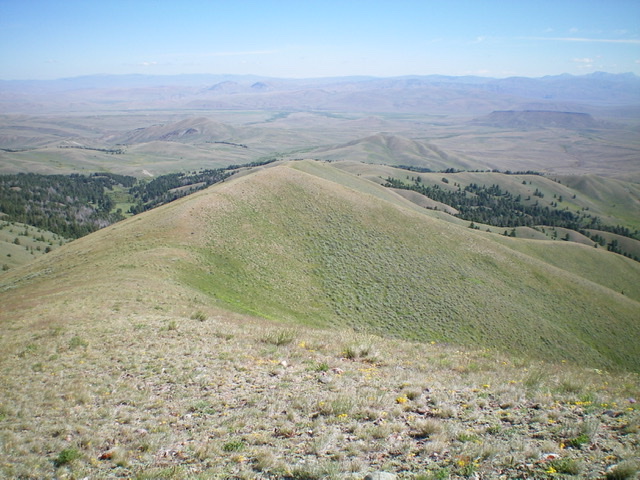 Looking down the north ridge of Point 8806 from near the summit. Livingston Douglas Photo 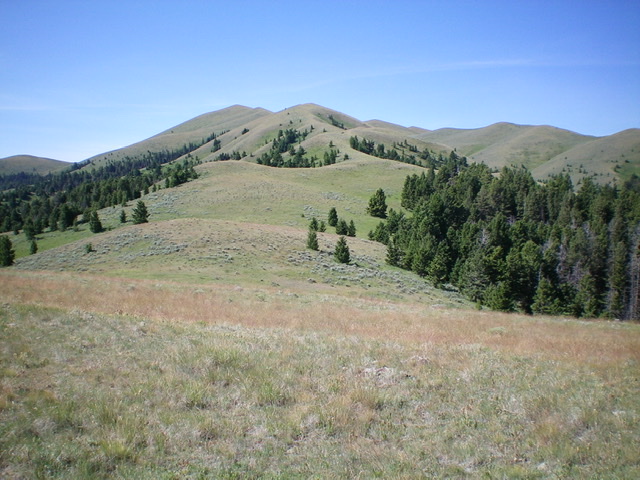 Looking up the north ridge of Point 8806 (summit is left of center in distance). This is a LONG ridge hike and is the first leg of a climb of remote Peak 8661. Livingston Douglas Photo