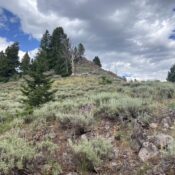 This peak is not in the book. Published August 2022

This peak is located northwest of Ketchum, Idaho in an area populated by numerous sub-10,000 foot peaks. Although this area is probably most often used by ATVers and hunters it contains a number of worthwhile summits. Given its position Lost Cliff Peak is exceptional viewpoint for observing the surrounding mountains. The suggest name relates to our rescuing of a 15 year old kid named Cliff who we found wandering on the peak. He had a dead cell phone, no water and only a vague idea of where he was going. USGS Griffin Butte 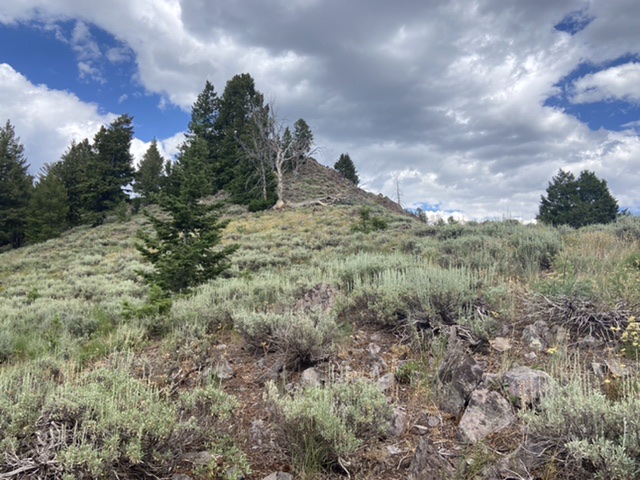 The peak’s western slopes are a mixture of forest and sagebrush terrain. Almost any line from the road will take you to the top where you will find the remnants of a survey and outstanding views. There are two nearly equal distant high points. The one with the survey detritus appears to be a few feet higher. 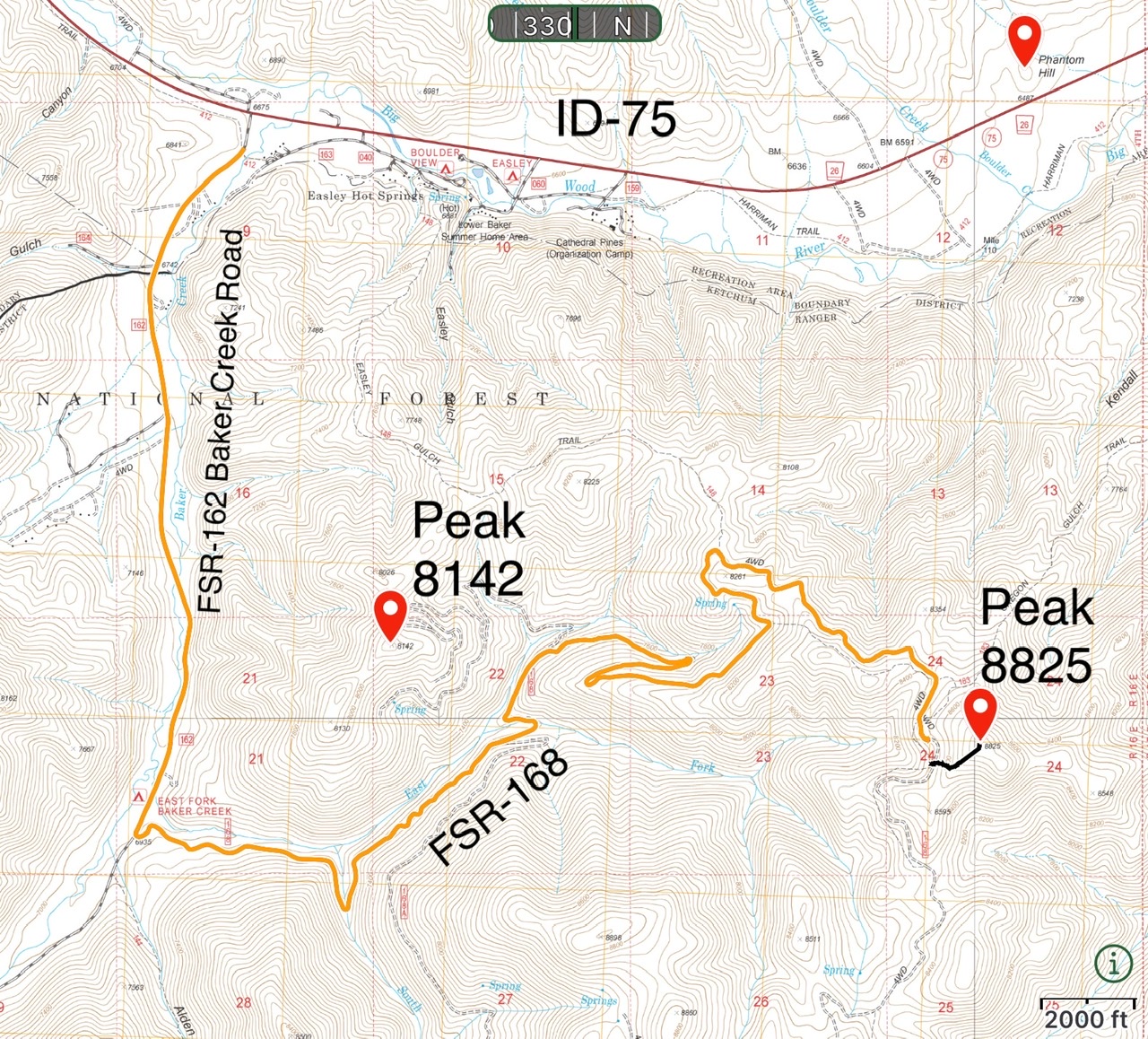 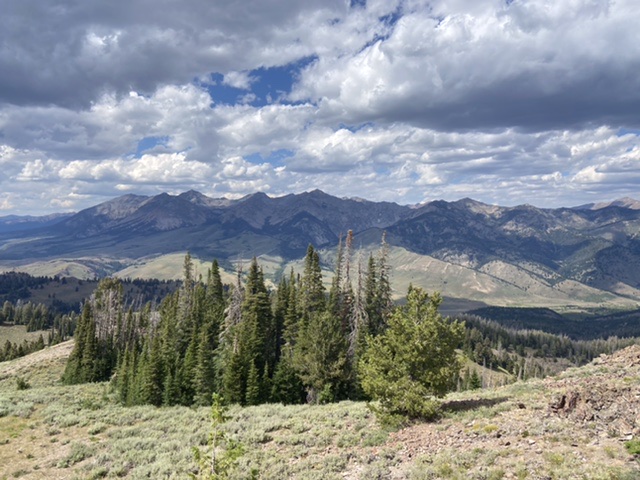