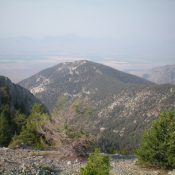 Peak 8839 is a rocky outcrop that is located on the east side of Pass Creek Road and above Hidden Mouth Cave in the Lost River Range. It falls only one foot short of being a ranked summit. USGS Methodist Creek 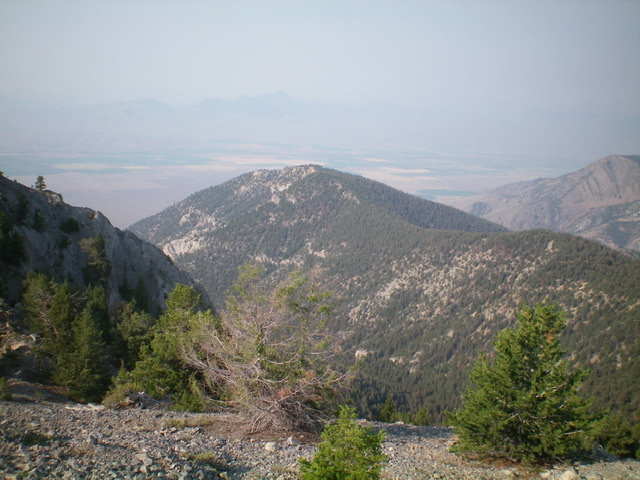 This is the first leg of a 2-peak adventure that includes Peak 8839 and Peak 9660. It covers 7.5 miles with 3,650 feet of elevation gain round trip. Pass Creek Road/CR-122 is located along US-93 south of Mackay and is signed as 3900W. This junction is exactly 7.4 miles south of Main Street in Mackay and 18.3 miles north of the junction of US-93 and US-20 in Arco. Turn north onto [signed] Pass Creek Road and reset your odometer. At 7.0 miles, reach an unsigned junction with Cave Gulch Road. Turn right/east onto Cave Gulch Road and drive about 100 yards to a corral and park (6,535 feet).

From the corral, hike about ½ mile east up Cave Gulch Road. Leave the road after it has passed the large rocky buttresses of Point 7869. The forested northwest ridge of Peak 8839 is now obvious and is to the right/south of the road. Bushwhack south then southeast across sagebrush and cross two minor, dry gullies to reach the forested toe of the northwest ridge. The ridge isn’t obvious yet but it will soon gain definition. The northwest ridge has a massive gully on its left/east side and a smaller, but still significant, gully on its right/west side that separates it from Point 7869 (a rocky point that is visible at most times).

Bushwhack southeast up the ridge through scattered mountain mahogany (initially). This section of the ridge is surprisingly open. Higher up, pines take over but the ridge remains reasonably open, though there is some blowdown to contend with. The base terrain is pine duff rather than rock. It is magnificent! At about 7,800 feet, there are a series of rocky outcrops/buttresses (which can be seen from Cave Gulch Road) but they can easily be climbed or skirted on their right/west sides. They are not a problem.

Continue moving southeast up the ridge. At about 8,400 feet, the ridge bends left/east and becomes more rounded and less well defined. The ridge tops out at a flattish, forested area and it is a bit confusing as to where the high point is. From here, do NOT head right/south to the [lower] ridge points there. Bushwhack east up through the pine forest and then up over a rocky ridge point (Class 2+) to reach the top of the hidden, rocky outcrop that is the high point of Peak 8839. It is a small ridgeline perch with no signs of previous ascent. I built a modest summit cairn on top. 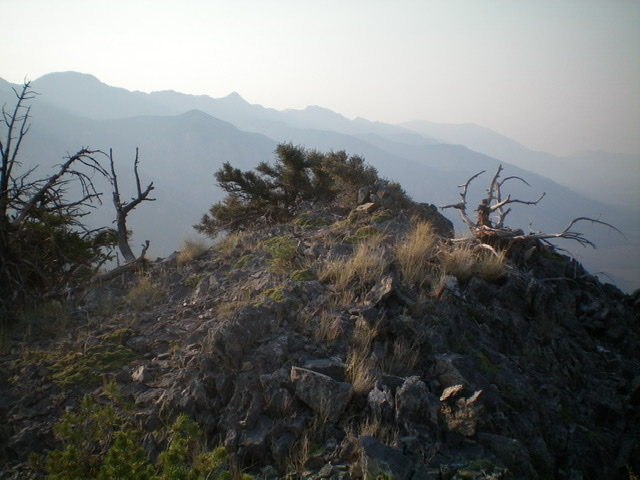 The summit of Peak 8839 and its newly-built cairn. Livingston Douglas Photo 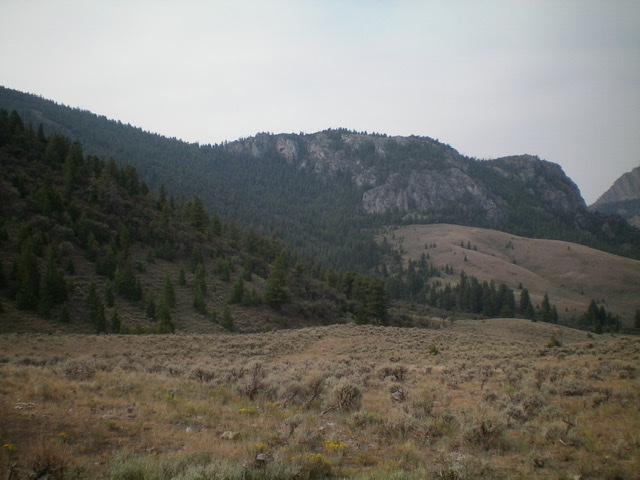 The forested northwest ridge of Peak 8839 (left skyline) and the large rocky point (Point 7869) to its right/west. Livingston Douglas Photo 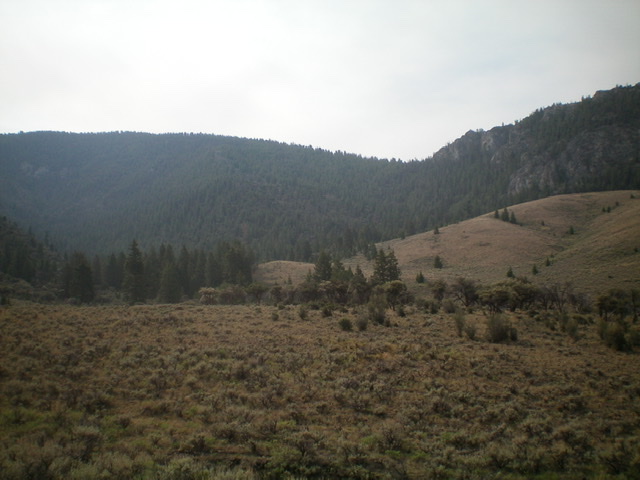 From the summit, follow the ridge north through open pine forest with tedious ridge trees and blowdown to quickly reach the 8,540-foot connecting saddle with Peak 9660. This concludes the first leg of today’s 2-peak journey. Peak 9660 is up next.