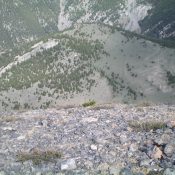 Peak 8979 is a minor hill hidden among a plethora of massive mountains in the Ike Creek drainage. The easiest ascent route is via its east face from Uncle Ike Road/FST-4341 at a nearby saddle. USGS Fallert Springs 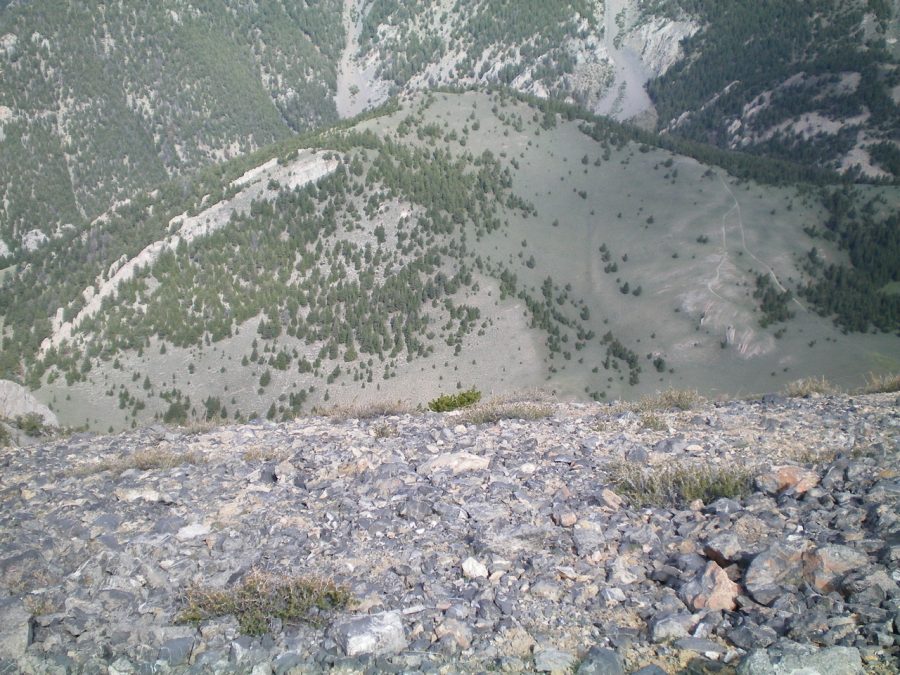 Peak 8979 (in mid-ground) as viewed from the summit of Marshalls Mount. Livingston Douglas Photo

Hike (or drive) up FST-4341 along Uncle Ike Creek for about 3-1/2 miles to a signed road junction (7,789 feet). FST-4238 goes up a side drainage to the right/east here. Stay on FST-4341 and follow it for another ½ mile to reach a fork in the valley at the base of the south face of Peak 8979. Go a short distance past the fork to reach the near side of the rocky crest of the south ridge. The rocky outcrops on the ridge are obvious and quite visible from the ATV trail.

Leave the ATV trail here and bushwhack north up the steep face, just to the left/west of the rocky outcrops. The terrain is initially scrub but it soon changes over to pine forest. As soon as is feasible, more right onto the ridge crest and follow it to the summit. The summit of Peak 8979 is a small area of ground rock and short pines. There were no signs of previous ascent so I built a small cairn. 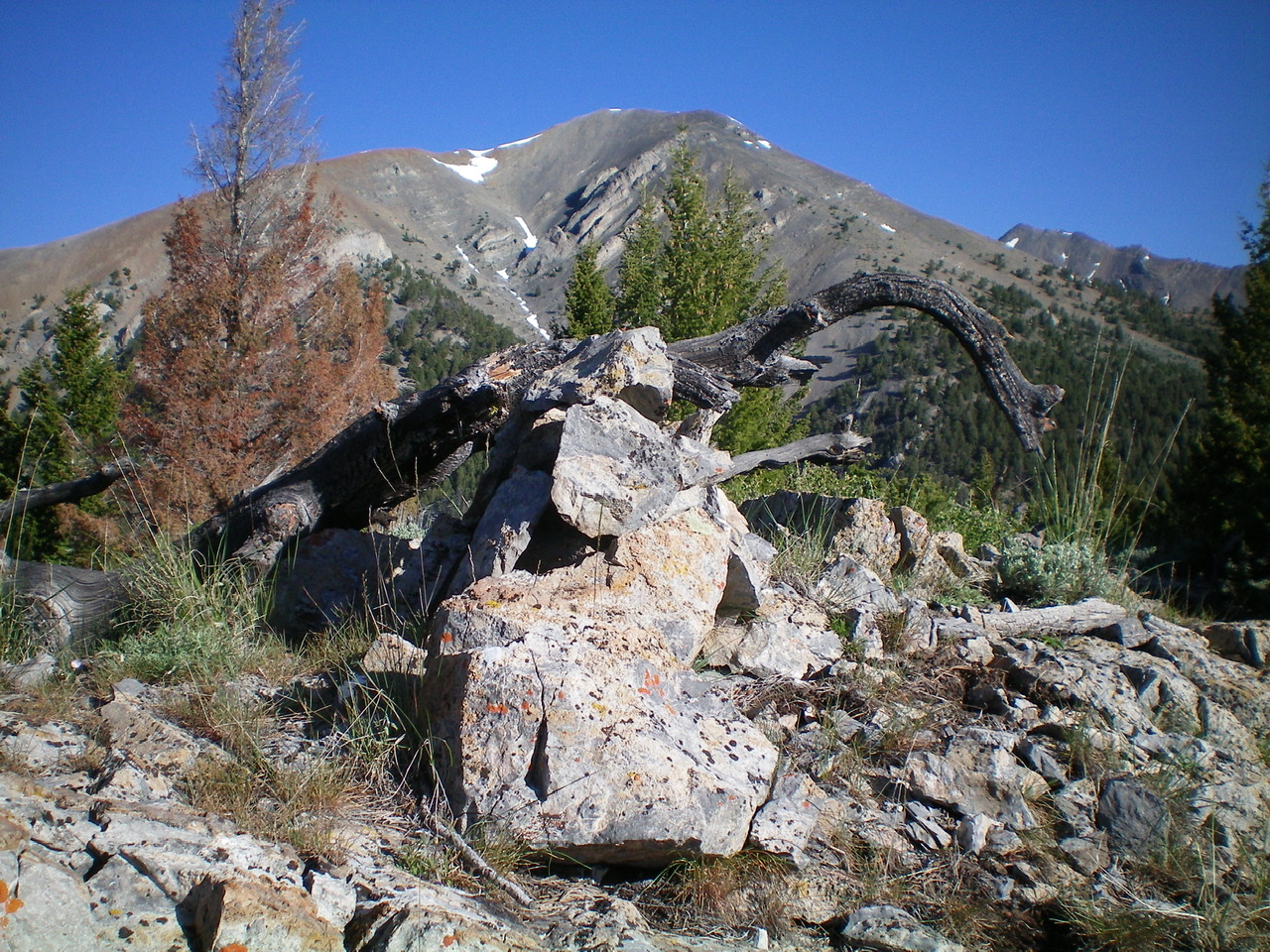 The newly-built summit cairn atop Peak 8979 with Swanson Peak in the background. Livingston Douglas Photo

From the summit, descend the ridge north to a false summit. Continue to follow the ridge as it goes through a stretch of pine forest and bends right (northeast then east). You will soon find a weak 2-track jeep road on the ridge crest as the forest gives way to a sagebrush slope. The 2-track road gets better and becomes an ATV trail that leads east down to a grassy, gentle saddle where Uncle Ike Road/FST-4341 crosses it. Follow FST-4341 back down Uncle Ike Creek all the way to the National Forest boundary and your parking spot.