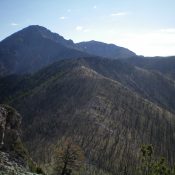 Peak 9151 is one of two obscure, forested peaks on the east side of South Creek, located near the mouth of South Creek Canyon. The easiest ascent route is from an ATV Trail (FST-4272) up Black Canyon then a steep bushwhack north to the connecting saddle between Peak 9044 and Peak 9151. Both peaks can be easily climbed from this saddle. The summit of Peak 9151 is a rocky, Class 3 ridgeline with exposure. Peak 9151 is in an ugly burn area. Charred logs and snags are all that remain of what was once a beautiful pine forest. USGS Tyler Peak 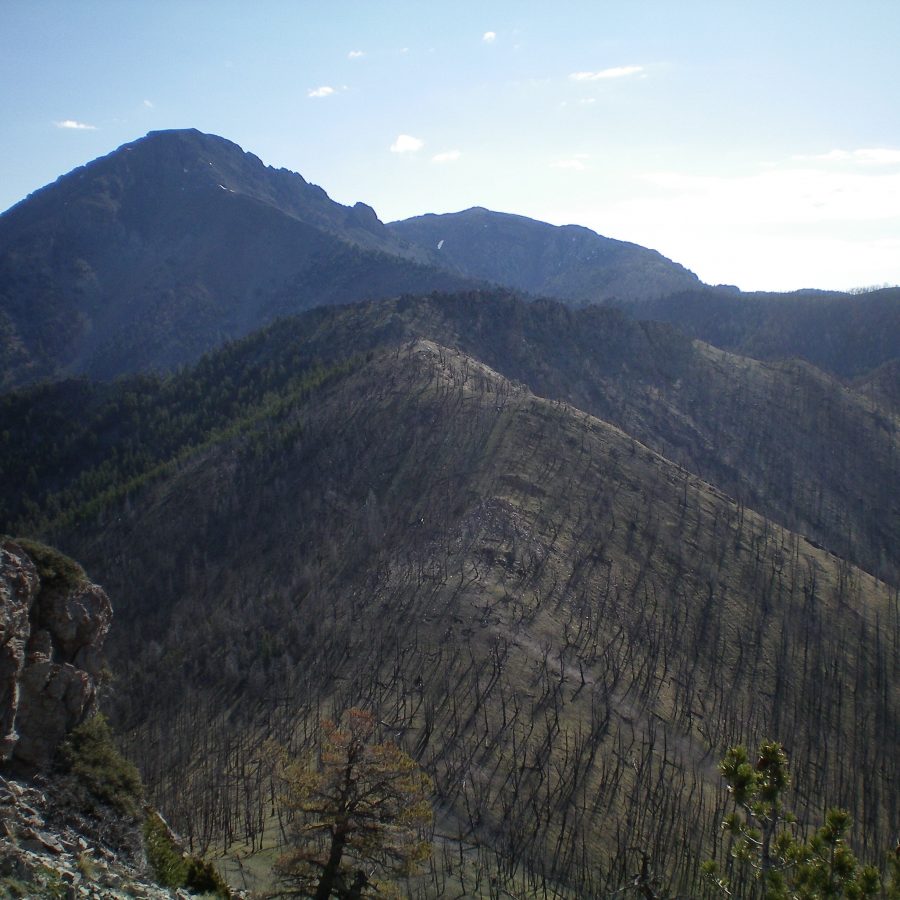 View of burn-scarred Peak 9151 (left of center in mid-ground) from the summit of Peak 9044. Saddle Mountain is in the distance. Livingston Douglas Photo

From the connecting saddle, scramble east then northeast up through a charred pine forest. The terrain quickly becomes quite rocky. Skirt past rocky Point 9000+ then drop 50 vertical feet to a minor saddle. From the saddle, climb east up through loose scree, charred logs, and snags to reach the narrow, towered ridge crest of Peak 9151. Turn right/southeast and scramble about 0.1 mile along the ridge crest to reach the high point.

The ridge towers are Class 5 but you can skirt them and keep the ridge traverse at a Class 3 difficulty. The summit of Peak 9151 is the highest tower on the ridge. It is a jumble of blocks. From a distance, you might think that it will be impossible to stand atop this one. But it goes much easier than you’d think. 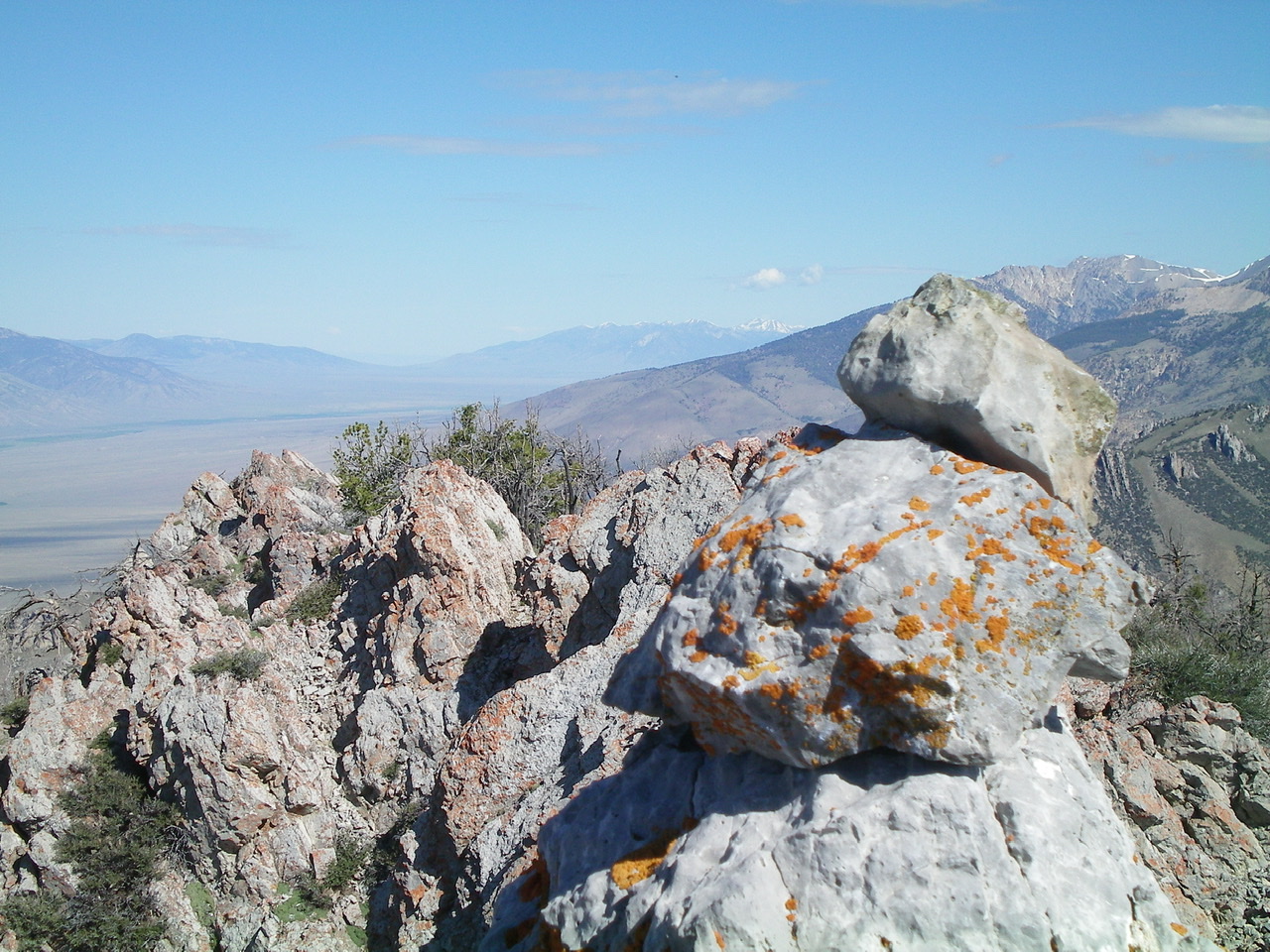 The summit cairn atop Peak 9151, looking northwest at the Class 5 towers on the summit ridge. Livingston Douglas Photo