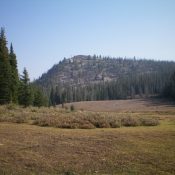 Peak 9212 is located on a ridgeline that separates Spruce Gulch from Bull of the Woods Gulch. It is overshadowed by rugged Peak 9338 to its west and Ramshorn Mountain (9,895 feet) to its east. USGS Bayhorse Lake 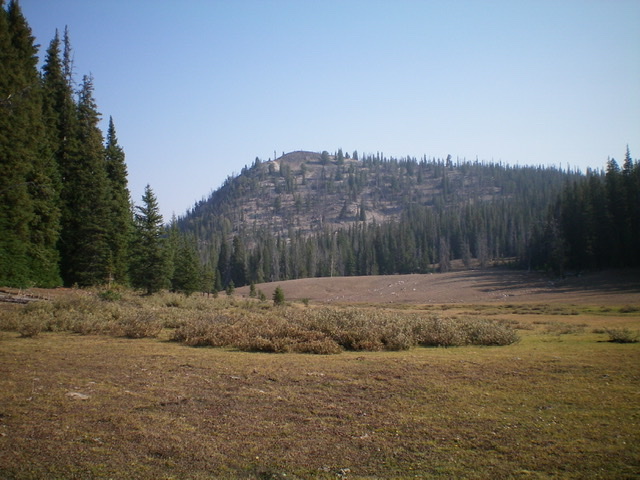 Peak 9212 and its steep, rocky south face (my descent route) as viewed from the open meadow at its base. Livingston Douglas Photo

From the open meadow that serves as the connecting “saddle” between Peak 9176 and Peak 9212, follow the grassy meadow north briefly to reach a low point. This low point is at the base of the south side of Peak 9212. Exit the meadow and head right/east up a short, open gravel/scree face (with forest nearby) to quickly reach the crest of the southeast ridge. Bushwhack north then northwest up through a mercilessly-thick pine forest on a mostly ill-defined ridge with copious quantities of deadfall. Higher up, reach a open, rocky ridge/face section that leads up to the summit. The open summit has a tall cairn and a magnificent view of the rugged east face of Peak 9338. 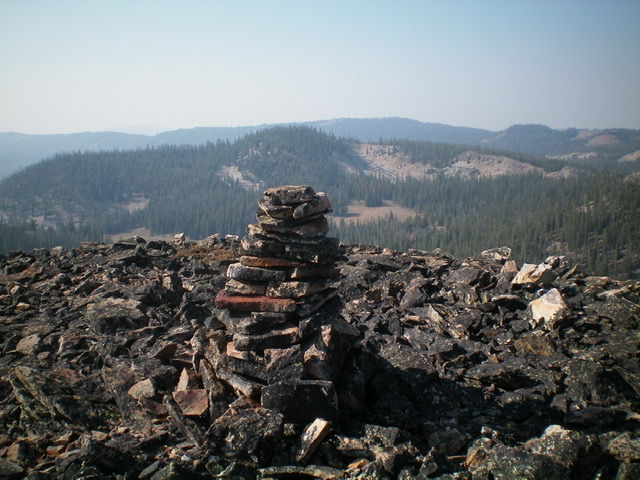 The tall cairn atop Peak 9212 with forested Peak 9176 in the background (mid-ground). Livingston Douglas Photo

From the summit, descend directly down the south face initially on steep, loose talus/scree in open terrain. Contrary to the USGS topo map, much of the south face is not thickly forested and only has scattered trees. When you reach the forest below, contour south through a flat, thick pine forest with lots of blowdown to reach the open meadow at the base of the south face.

Hike south up the meadow on short grass to reach the high point in the meadow, a saddle of sorts. This concludes the second leg of today’s 2-peak journey. From here, climb the north gully of Peak 9176 and descend its south gully to return to Bayhorse Lake and the Bayhorse Lake Campground where your parked vehicle awaits you. Please consult the page for Peak 9176 for details on those two routes. 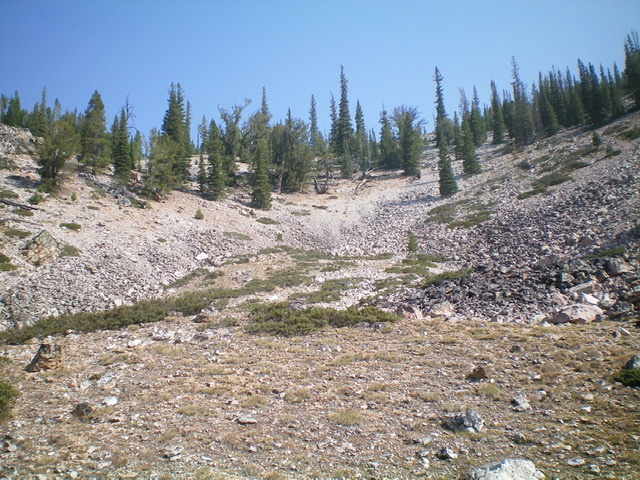 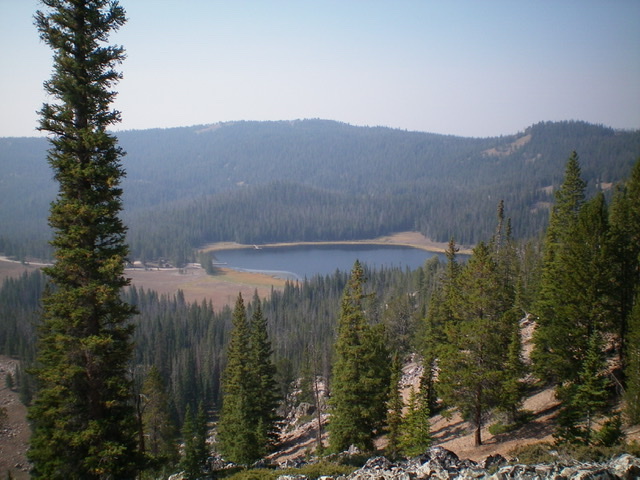 Bayhorse Lake as viewed from high in the south gully. Livingston Douglas Photo 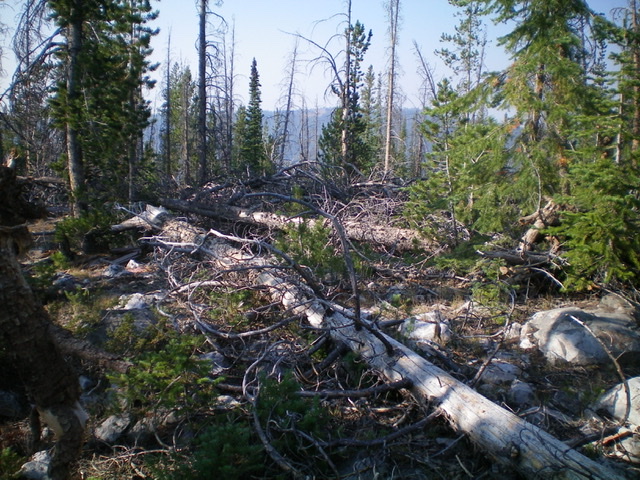