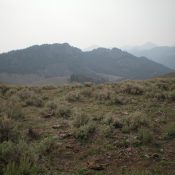 Peak 9268 is a rocky, ridgeline summit that is located on the north side of the East Fork of the Big Lost River. It can be climbed solo or in combination with Peak 9292 to its north. Rick Baugher provides some superb photos of Peak 9268 on the LOJ website as well as a brief commentary on his climbing route (Use the link below). USGS Harry Canyon 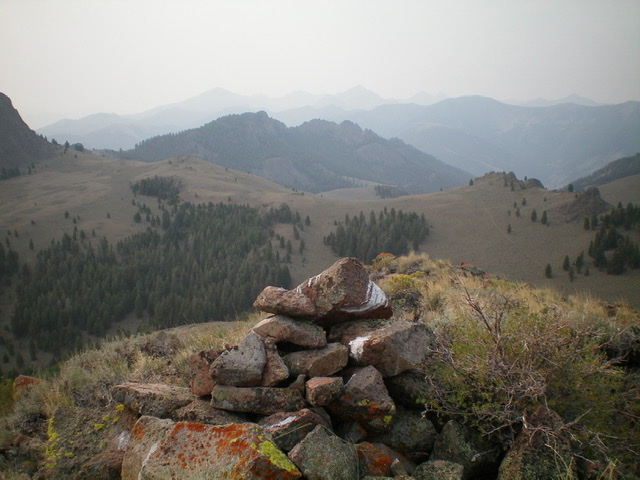 From the signed junction of FSR-135/Copper Basin Road andFSR-136/Wildhorse Creek Road, drive east on FSR-135 for 4.8 miles to a sign for “Stag Creek” and a side road that leads down to a campsite and parking area on the south side of the East Fork of the Big Lost River. This side road is not shown on the USGS topo map and the Challis National Forest map but it is shown on the Sun Valley Idaho Trail Map (Adventure Maps). Drive down this short 2-track road (4WD recommended) and park in a grassy area alongside the river. Stag Creek is on the opposite side of the river.

The east face of Peak 9268 is probably the only feasible climbing route (Class 3). The shortest way to reach the east face is from Copper Basin Road/FSR-135 to the south. It requires a ford of the East Fork of Big Lost River, so it should only be done in late Summer or Fall to keep water levels reasonable. Once on the north side of the river, scramble north to 7,200 feet and consider two options.

I got a good look at the north ridge, south ridge, and west face of Peak 9268 when I climbed nearby Peak 9072. Those options look pretty brutal and should be avoided. Alternatively, one can approach the east face from Peak 9292 to the north. Contour south along the east side of the ridge at 8,750 feet (well below the crest of the rugged north ridge) until below the summit then climb up the east face to the high point on the narrow summit ridge. 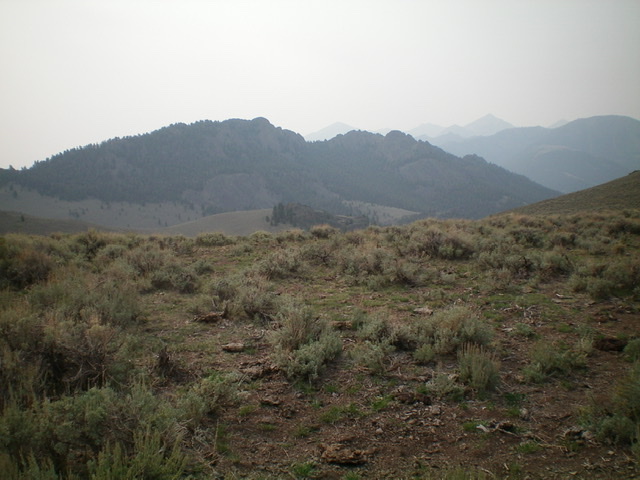 A side view of rugged Peak 9268 as seen from the northwest. The high point is just left of center. Livingston Douglas Photo