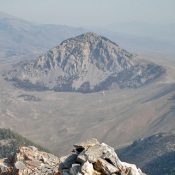 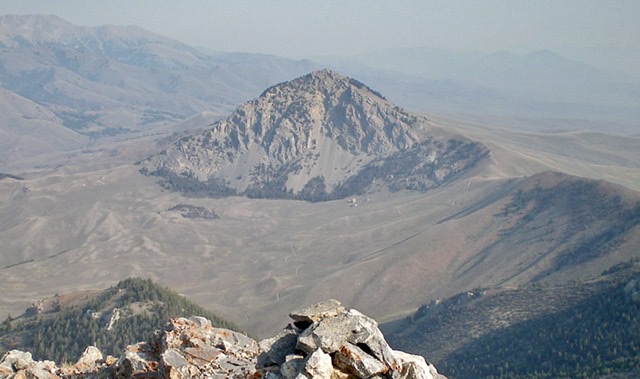 Peak 9276 as viewed from Peak 9660 to its south. Livingston Douglas Photo

Pass Creek Road/CR-122 is located along US-93 south of Mackay and is signed as 3900W. This junction is exactly 7.4 miles south of Main Street in Mackay and 18.3 miles north of the junction of US-93 and US-20 in Arco. Turn north onto [signed] Pass Creek Road and drive 11.5 miles to reach Pass Creek Summit. Park near the cattle guard/fence at the summit/pass (7,637 feet).

From Pass Creek Summit, follow an old 2-track road (shown on the USGS topo map but not on the National Forest map) east along a fence row up to the crest of the northwest ridge. The road (and fence) turn right/south here and follow the weaving, undulating ridge south then east then south then southeast to the summit. Leave the road when it crosses a forested shoulder at 8,220 feet. Contour east along the north edge of the forest and intercept the 2-track road as it climbs back up from a gully to follow the ridge again.

Hike south up the 2-track until it rejoins the ridge at a saddle just north of a forested hump. The road now fades to almost nothing but remnants of it remain until higher up, where it drops off the ridge to the left/east side. Ignore the road and follow the easy, open ridge crest on short scrub and embedded talus/scree with some minor rocky outcrops. The ridge leads directly to the summit of Peak 9276. The summit is a rocky, ridgeline summit. It has two possible high points, each with a cairn. Based on my altimeter, the south summit is five feet higher and is the high point. I built up the cairn on the south summit a bit. 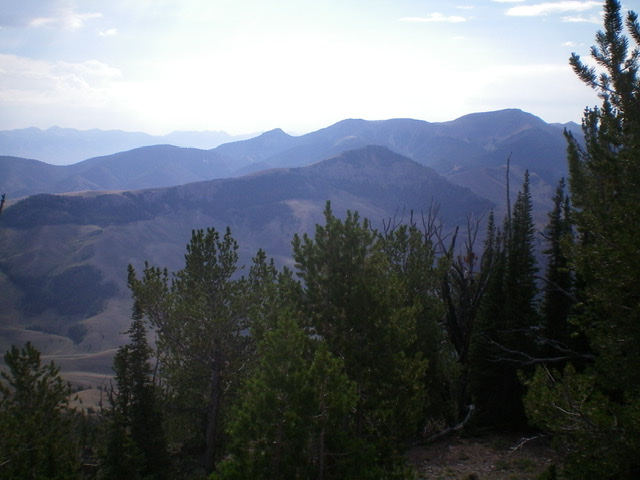 Peak 9276 (forested ridge in mid-ground) as viewed from the west. The summit is right of center and the long northwest ridge leads up to it from the left. Livingston Douglas Photo 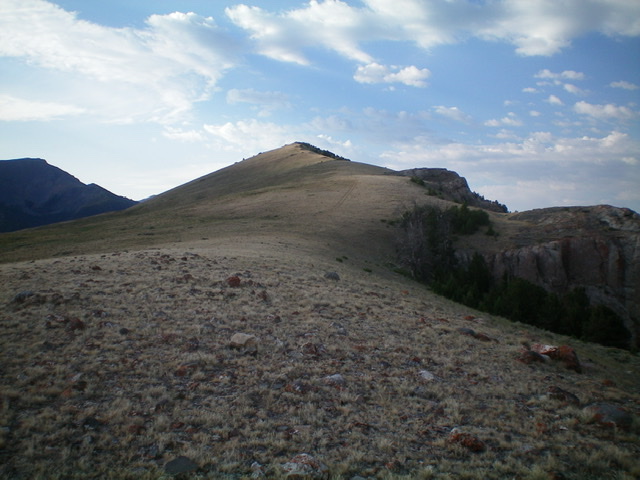 Looking up the gentle northwest ridge. The summit is almost in view. Livingston Douglas Photo 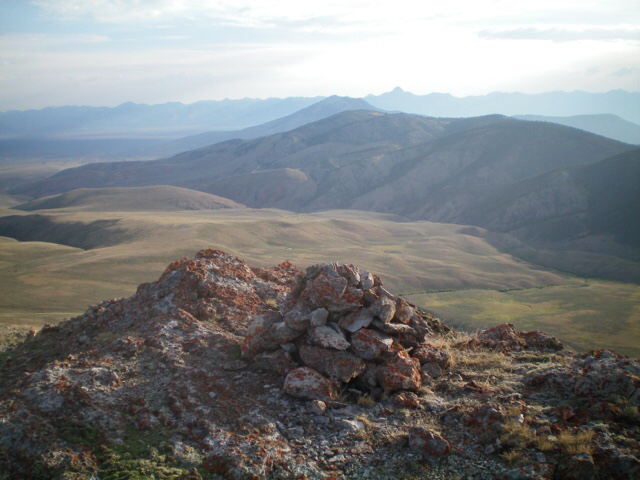 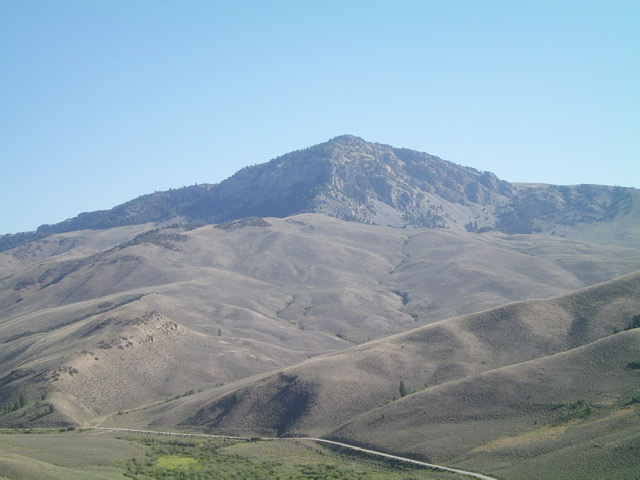 Peak 9276 and its rugged southwest face. Pass Creek Road is at the bottom of the photo. Livingston Douglas Photo