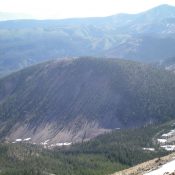 Peak 9319 is the high point on a long ridge that follows the west side of Wade Creek. It is a rarely-visited peak that sits in the shadow of Peak 10263 (Paramor Peak) and its long southeast ridge. This peak has an elongated, forested summit and is one of four ranked 9,000ers in the immediate vicinity (Peak 9115, Peak 9319, Peak 9523, Peak 9785). It is tucked behind other peaks and is difficult to reach. Peak 9319 is the final peak in a multi-peak adventure called the Morse Creek Trifecta. USGS May Mountain 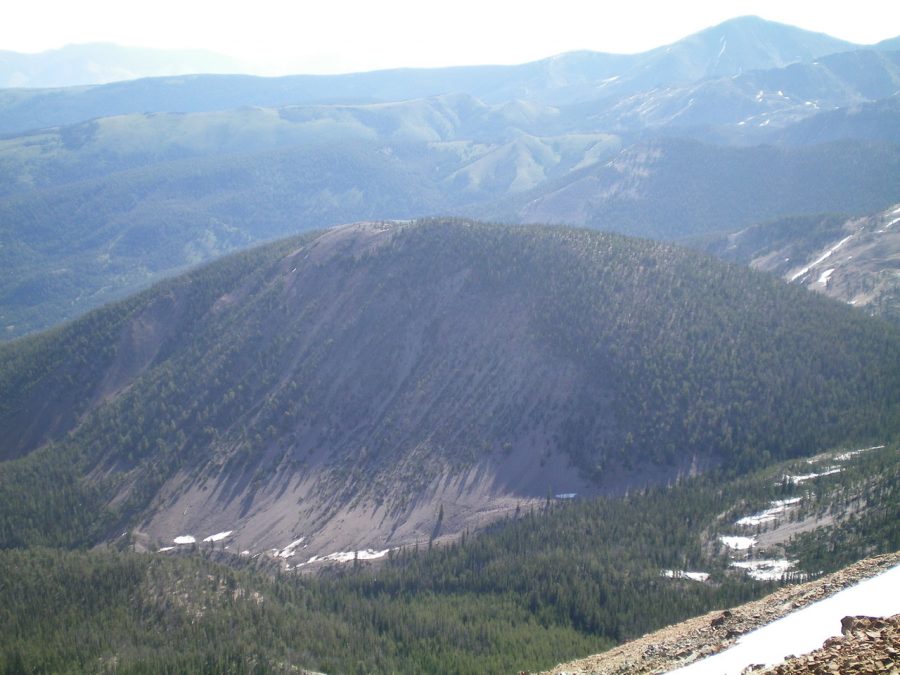 Forested Peak 9319 (mid-ground) as viewed from the summit of Peak 10263. Livingston Douglas Photo

Morse Creek Road/FSR-094 is located exactly 10.2 miles south of US-93 on the [paved] Pahsimeroi Highway. From the signed turnoff on the east side of the highway, drive 4.3 miles to the Challis National Forest boundary. At 6.5 miles, reach the end of Morse Creek Road at a trailhead parking area (6,290 feet). This is the trailhead for the Morse Creek Trail/FST-4072.

This climb (and subsequent descent) is the final leg of a ridge traverse from Peak 10263 to Peak 9319. The saddle between the aforementioned peaks is an open, gravelly area amidst a pine forest. It sits at the base of the south ridge of Peak 9319. From the 8,820-foot saddle, bushwhack northeast through open pine forest to reach the crest of the south ridge. Once on the ridge, stay near the ridge crest to avoid the worst of the blowdown. The footing is decent on relatively stable scree/gravel. Follow the ridge north to the flat, elongated summit area. The summit high point is a hump at the north end of a flattish ridge of open forest. The summit had a modest cairn, so I built it up. 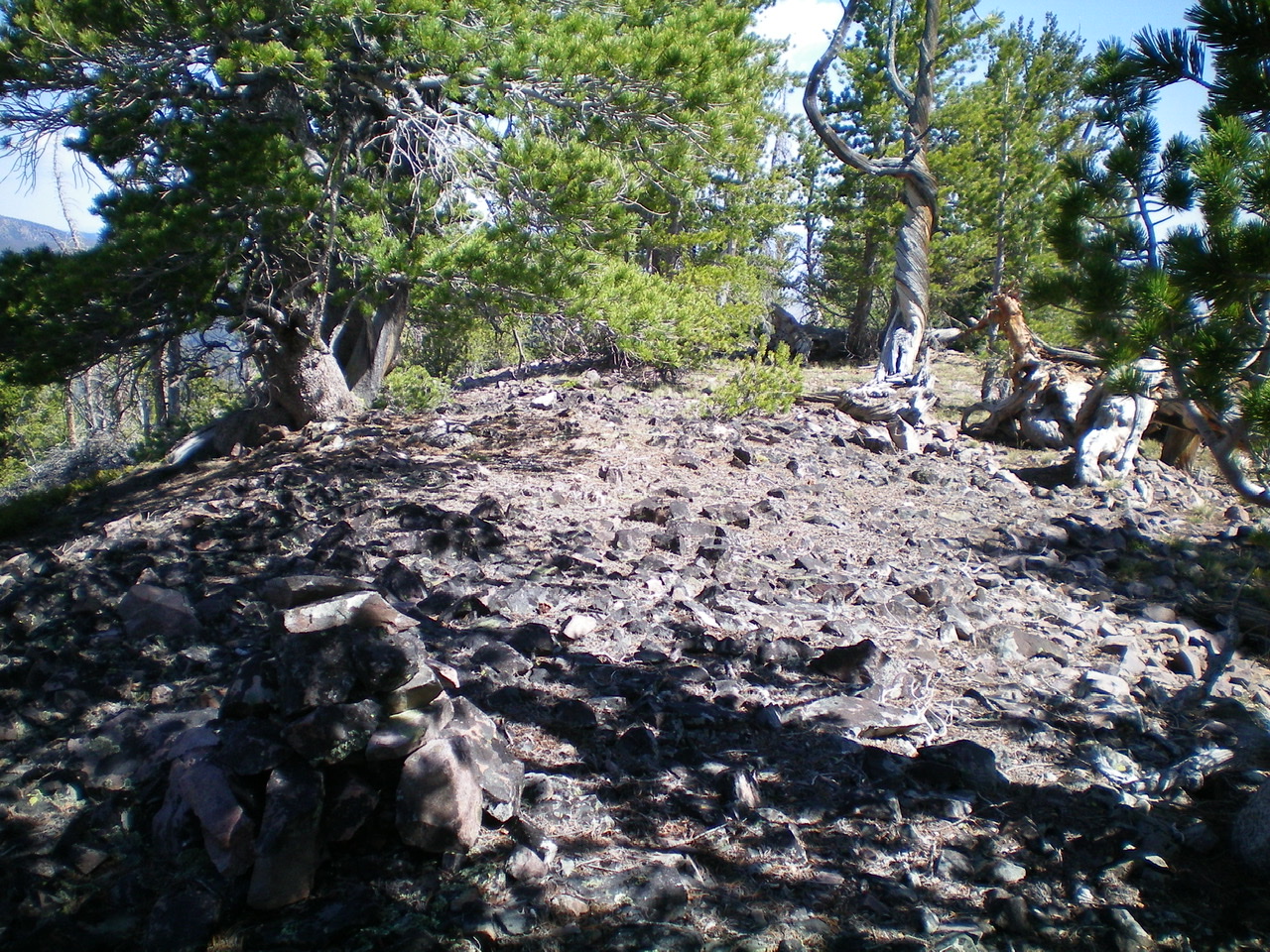 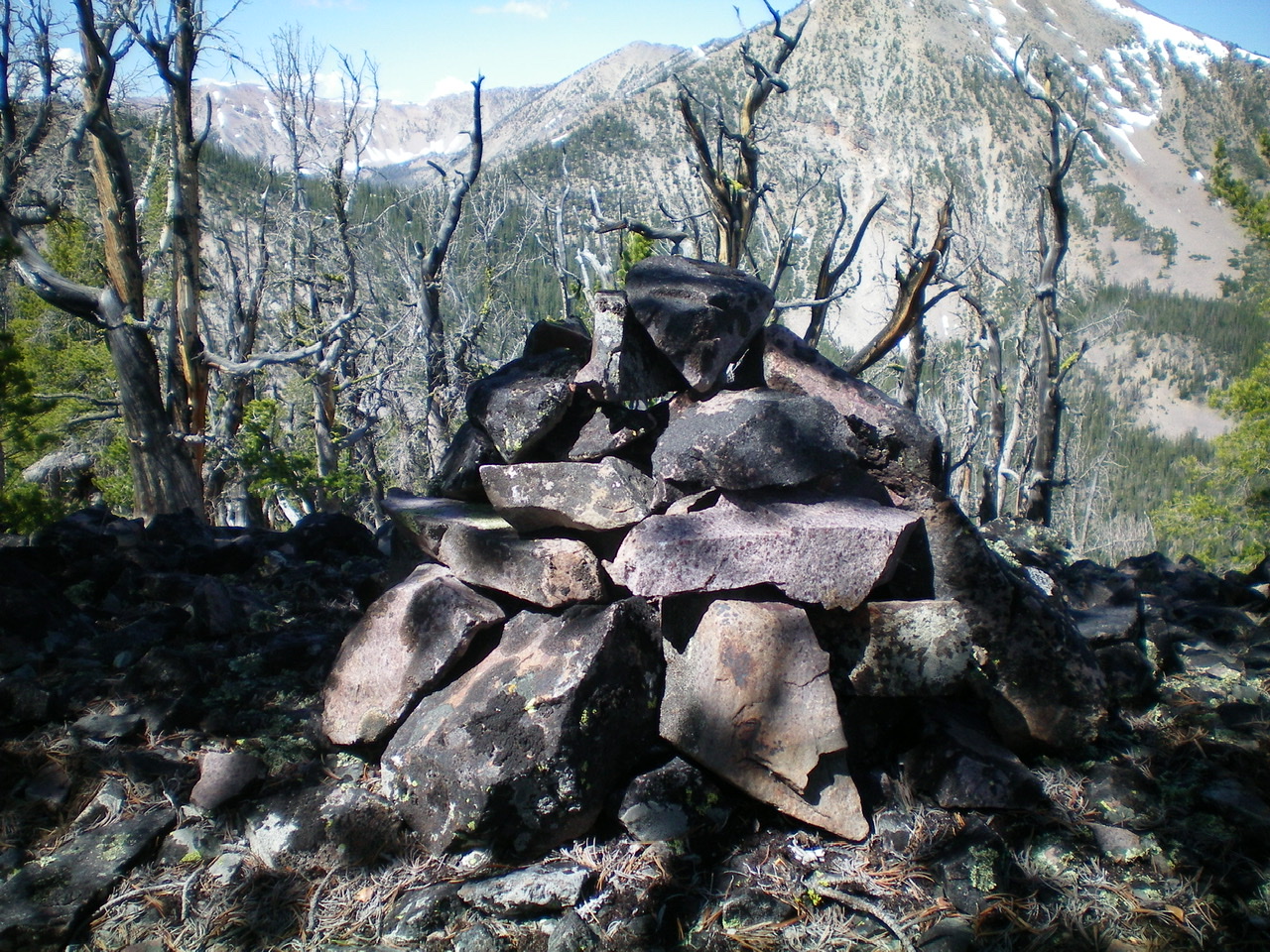