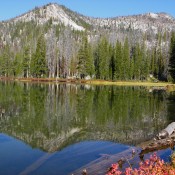 This peak is not in the book. Judi Steciak and Carl Hamke provided the following information. 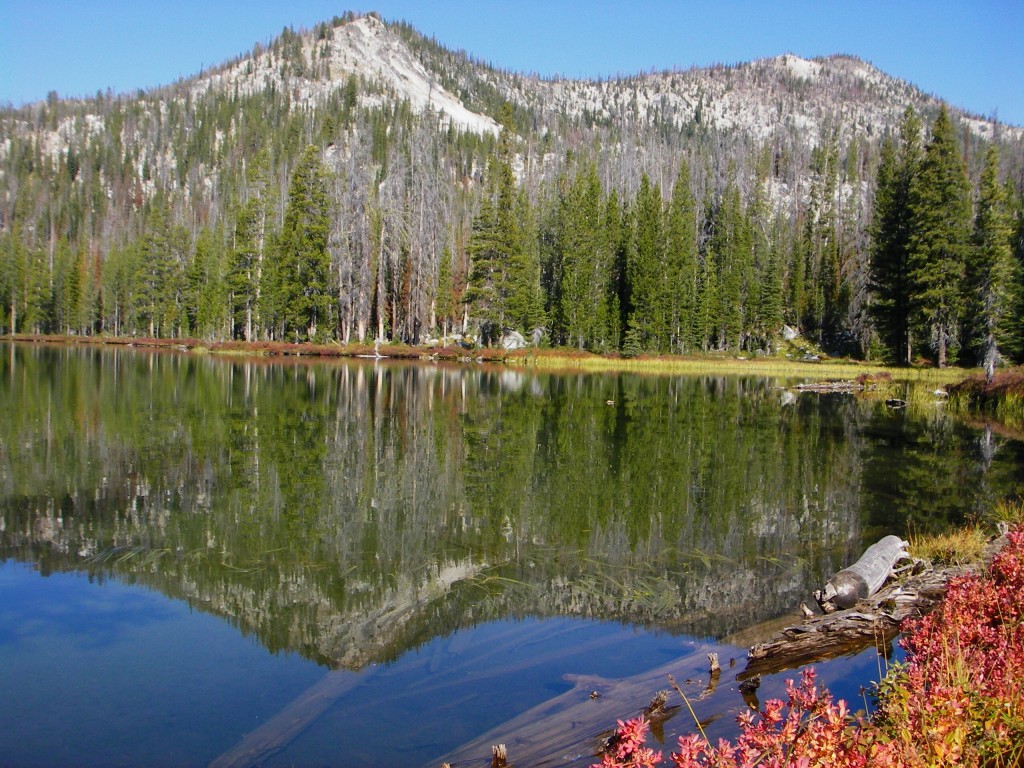 Peak 9334 is on the right. The route follows the left skyline over Point 8960+. Judi Steciak Photo

From the north end of the pond west of Langer Lake, leave the trail and walk north up the South Face and Ridge of Point 8960+. On the lower part of the face, better footing is found a bit west of the Southeast Ridge. Continue across the saddle and to the summit of Peak 9334. Trend a bit east near the summit for easier footing around talus. Enjoy the pleasant views from this satisfying ridge walk.

It appears possible to traverse from Langer Peak to Ruffneck Peak with some probable Class 3 terrain around towers and on the nose of the steep Northeast Buttress/Ridge of Ruffneck Peak. The 2012 Halstead Fire burned from the west to the saddle south of Ruffneck Peak, requiring the evacuation of the fire lookout stationed at the tower, but did not enter far into the lake basin nestled at the base of these 3 peaks. 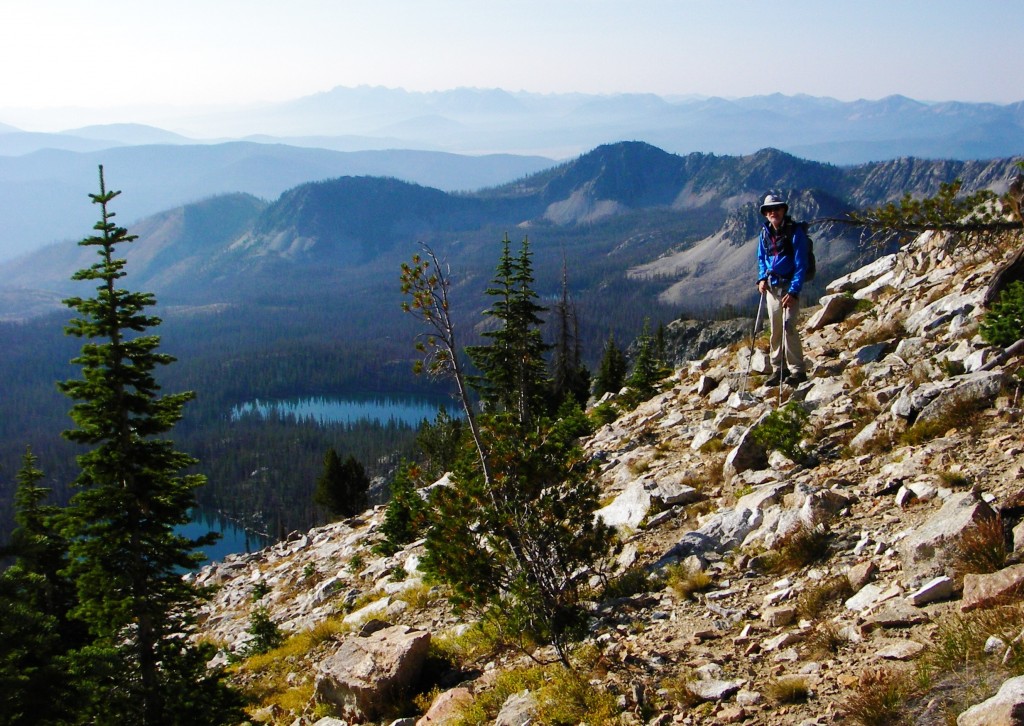 Carl Hamke high on the South Ridge of Peak 9334 with Rocky Lake and Langer Lake below. The Sawtooth Mountains are in the distance. Judi Steciak Photo