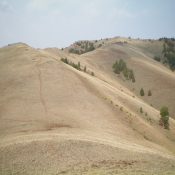 Peak 9382 is located at the head of the Coal Creek drainage. It sits on a ridgeline that separates Big Creek from Wet Creek. Peak 9382 is most easily climbed via its east ridge from FSR-417/Coal Creek Road. USGS Warren Mountain 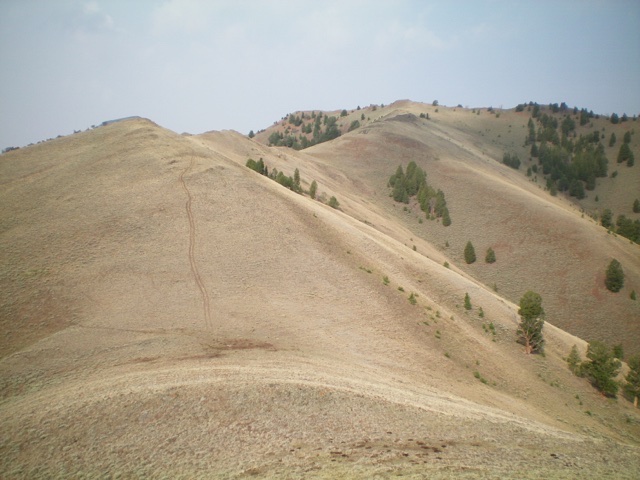 Peak 9382 as viewed from Point 8652 on the east ridge. The summit is just left of center. Livingston Douglas Photo

Pass Creek Road/CR-122 is located along US-93 south of Mackay and is signed as 3900W. This junction is exactly 7.4 miles south of Main Street in Mackay and 18.3 miles north of the junction of US-93 and US-20 in Arco. Turn north onto [signed] Pass Creek Road and reset your odometer. At 11.5 miles, reach Pass Creek Summit and cross a cattle guard. At 13.7 miles, reach an unsigned junction with FSR-417/Coal Creek Road. Park alongside the road just before reaching this junction (7,130 feet).

From the roadside pullout, walk a short distance north to FSR-417. Hike west up FSR-417 (a weak 2-track road) for ½ mile to an unsigned junction just before FSR-417 ends at a fence row. Go right/north up a 2-track road (not shown on maps) and quickly reach a wide saddle at 7,420 feet. There is a junction here. Go left/west onto a 2-track road (not shown on maps) that heads up the east ridge of Peak 9382. This ridge road initially goes into a dry gully then bends left/southwest to climb up onto the ridge. Hike up the road all the way to its end at Point 8652.

The road weakens considerably as you gain elevation, but the ridge terrain is easy open scrub anyway. Continue up the meandering, up-and-down ridge on a combination of short scrub and rocky outcrops. The east ridge ends at the north-south summit ridge. Go left/south here on the narrow ridge crest to reach the summit, skirting the left/east side of two or three more rocky ridge outcrops on the way. The summit of Peak 9382 had a torn-down cairn so I rebuilt it. There is a beautiful, conical-shaped ridge point south of the summit that is clearly lower than the true summit. 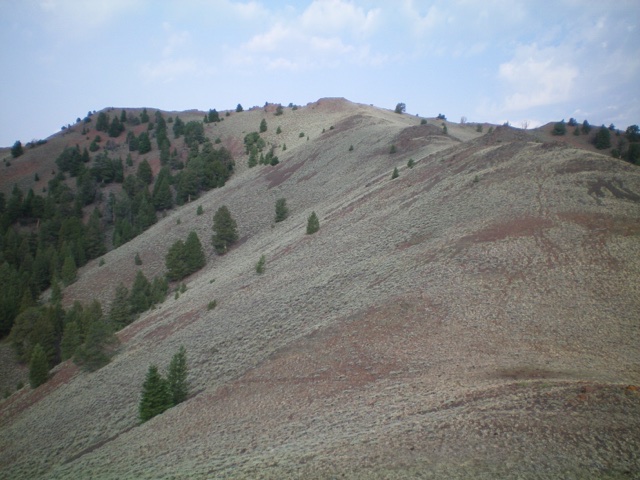 Approaching the summit (at far left) from high on the east ridge. Livingston Douglas Photo 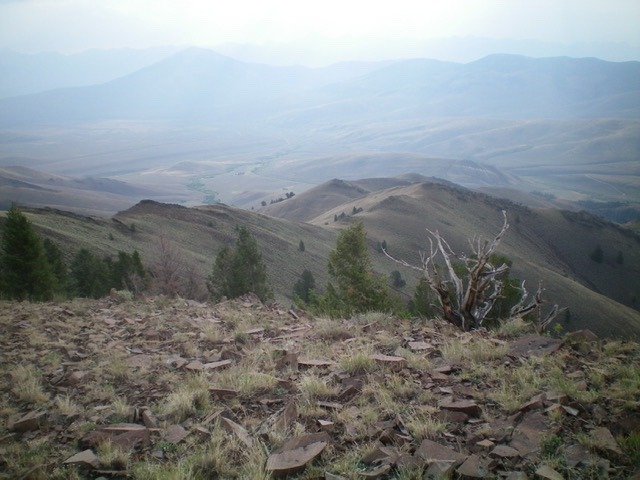 Looking down the east ridge from the summit. Livingston Douglas Photo 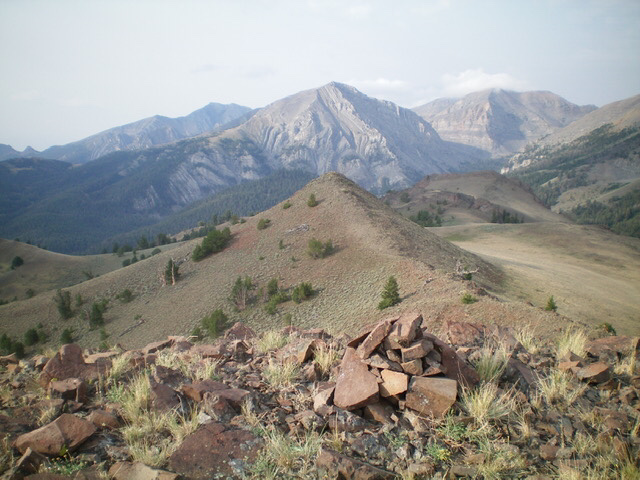