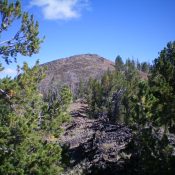 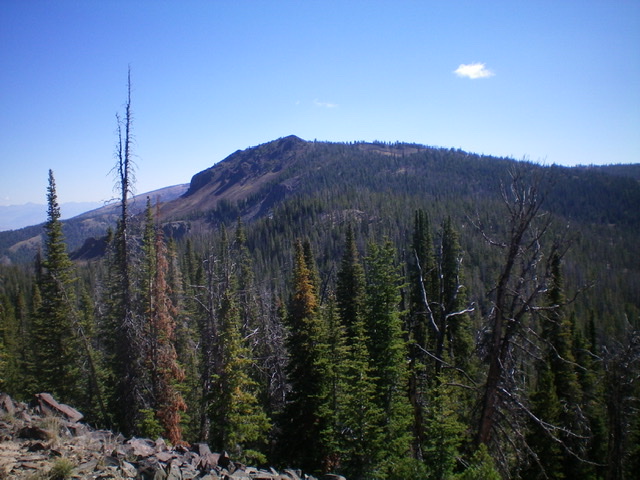 Peak 9498 as viewed from the west ridge. Livingston Douglas Photo

Before commencing this climb, look south from the Tollgate Ruins at the forested north face that you must first climb to reach the main ridge crest. Aim for a forested hump that is just left/west of an ominous rocky ridge buttress (Point 9580) that you must avoid at all costs. The terrain near Point 9580 is an impossible mix of cliffs and crumbly towers. With that being said, let’s begin this rather torturous climb.

From the [signed] Tollgate Ruins, follow an old 2-track road (now filled with cut timber to prohibit vehicle use) down to [small] Mill Creek and across it. Leave the old road soon after the creek crossing and angle diagonally left/southeast to find a forested shoulder. The bushwhack around the Mill Creek drainage is thick and miserable with lots of blowdown. Once on the shoulder, the forest bushwhack becomes much easier. Follow the shoulder (Shoulder #1) steeply south and uphill. Higher up, leave Shoulder #1 and go left/east to cross a minor gully and reach another shoulder (Shoulder #2).

After a brief time climbing this shoulder, go diagonally left/southeast and cross a minor gully to reach a final shoulder (Shoulder #3). This shoulder heads steeply south up to a ridge notch on the main ridge crest just east of Point 9580. Once on the ridge crest, follow it left/northeast up over a forested point then right/southeast down to a saddle. From that saddle, follow the ridge crest southeast up over another ridge point. From there, head across some open, easy scrub/grass to reach Point 9143.Descend east from Point 9143 through a thick patch of pine forest (with copious amounts of blowdown) to reach a small, narrow saddle at 8,820 feet.

This is the connecting saddle between Peak 9620 to the west and Peak 9498 to the east. It is also the base of the west ridge of Peak 9498. From the saddle, scramble east up through more thick pine forest to reach a forested hump. Descend east from that point in thick pine forest to find a hidden saddle with lots of blowdown surrounding it. This saddle sits at the base of the west face of Peak 9498. From the saddle, bushwhack east then northeast up a mix of pine forest and loose scree/gravel to reach the south ridge high up, just above a large talus/scree slope.

Follow the narrow, rocky ridge north to the base of the summit hump. Scramble north up a final slope of face talus/scree to reach the ridge crest summit of Peak 9498. The summit has a nice cairn. This route is a punishing endeavor thanks to the numerous ups and downs and endless bushwhacking through thick pine forest with unending blowdown, even in the semi-open areas. 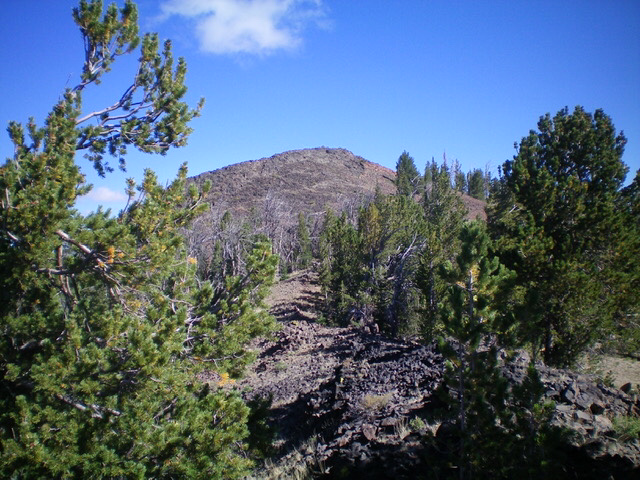 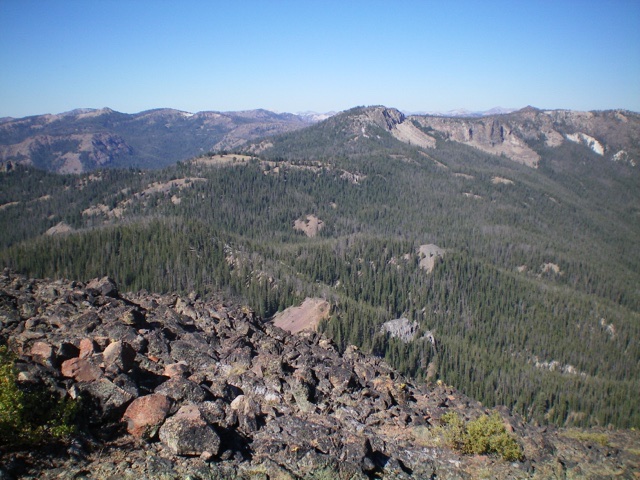 Looking back at the undulating, mostly-forested west ridge (left of center). The entry point onto the ridge is just on the near side of the large, rocky point/buttress in dead center in the distance. Livingston Douglas Photo 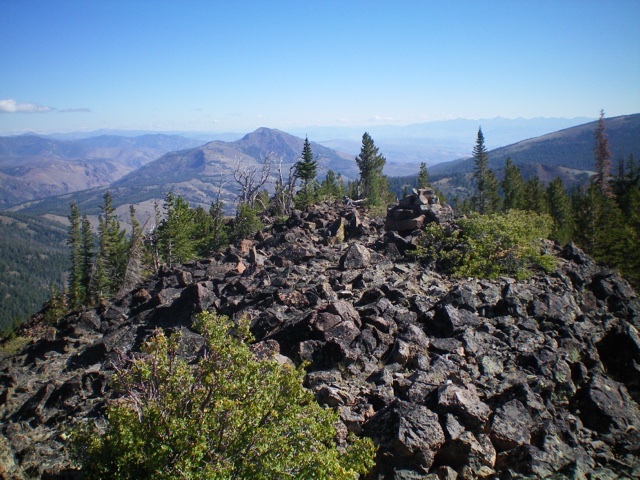