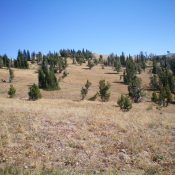 Peak 9500 is an overlooked summit that sits just north of FST-165/Rock Creek Basin Trail. It can easily be combined with a climb of Peak 9584 in Rock Creek Basin or Mount Jefferson along the Continental Divide to the west. Peak 9500 has a gentle south side but its north side is very steep and has probably never been climbed. The summit offers magnificent views of both Sawtell Peak and Rock Creek Basin. USGS Sawtell Peak 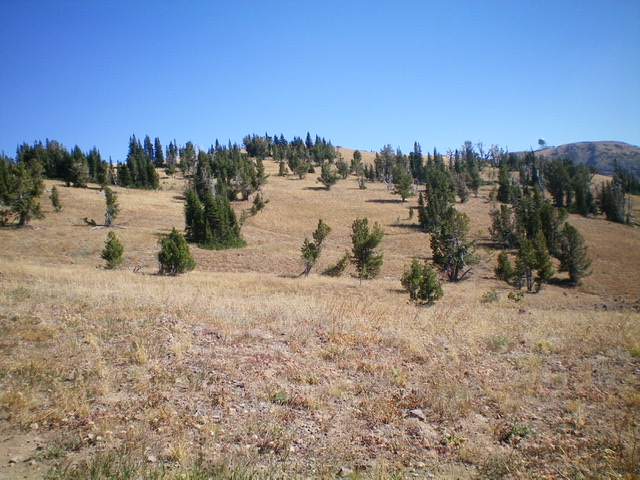 From the Sawtell Peak trailhead, follow FST-165/Rock Creek Basin Trail for 1.3 miles to the base of the [obvious] southeast ridge of Peak 9500. It is a beautiful, striking sight to see. Leave FST-165 here and scramble northwest up the ridge crest on easy grass/scrub. This ridge leads to the east summit of Peak 9500, which is the high point (contrary to what the map and LOJ suggest). The east summit is on a ridge corner with a gentle, small summit area but with steep exposure on its north and east sides. I rebuilt the summit cairn using talus from two smaller cairns nearby. The summit offers a magnificent view of Rock Creek Basin and Peak 9584.

From the summit, hike west along the ridge crest and drop slightly to reach the [lower] west summit. The west summit measured a whopping 35 feet lower than the east summit, according to my altimeter. Perhaps it’s not quite that much but, based on visuals and the altimeter readings, the west summit is NOT the true summit of Peak 9500. From the west summit, descend southwest then south to intercept FST-165 and follow it for just over ½ mile to a saddle. The terrain here is easy, open scrub and broken rock. This concludes the first leg of today’s 2-peak journey. Peak 9584 is up next. 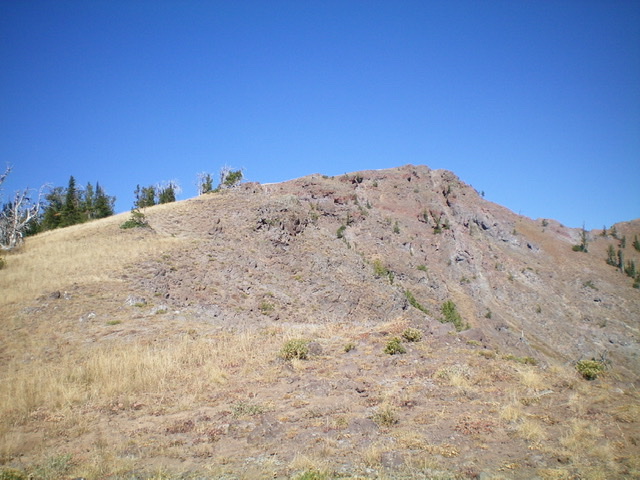 Peak 9500 and its beautiful southeast ridge. The summit is rocky and is right of center. Livingston Douglas Photo 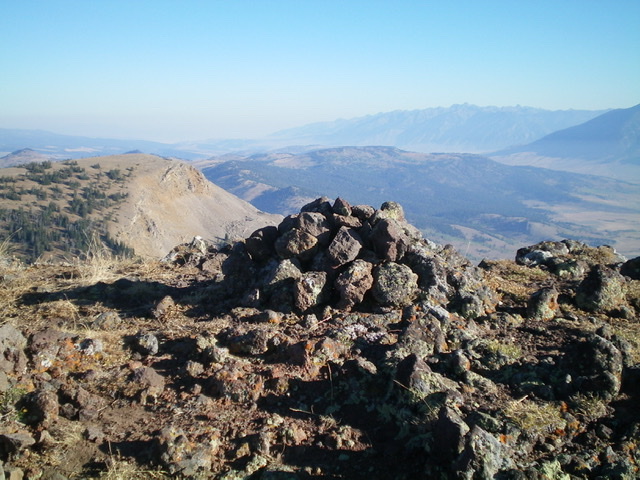 Looking north from the summit of Peak 9500. Livingston Douglas Photo 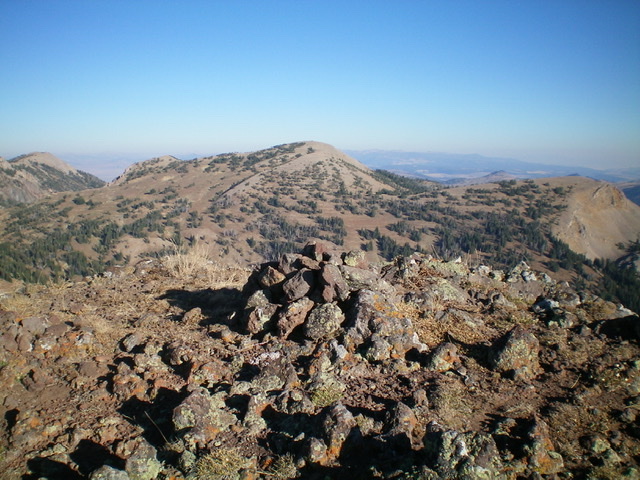