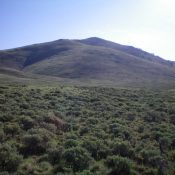 Peak 9540 is a gentle mountain but it is a behemoth that dominates the area at the southeast corner of Copper Basin. What it lacks in pure elevation, it more than makes up for in girth. It is most easily climbed via its south side from the Mine Canyon 2-track jeep road. USGS Copper Basin Knob 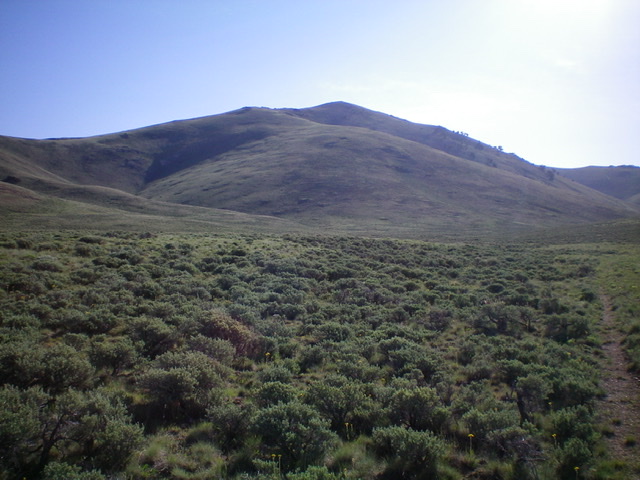 Peak 9540 as viewed from the broad meadow/basin to its southwest. Livingston Douglas Photo

FSR-513 is located on Burma Road/FSR-142 exactly 0.3 miles up from the junction of Burma Road and Copper Basin Road/FSR-135, just after a bridge crossing of the East Fork Big Lost River. The elevation at the base of FSR-513 is 7,740 feet. FSR-513 is a narrow, somewhat rocky 2-track jeep road that can be driven with good tires but I hiked it. FSR-513 heads south-southeast into a large meadow at the mouth of Mine Canyon.

From the road junction at the bridge crossing, hike south-southeast on FSR-513 for a mile to reach a cattle guard (7,825 feet), passing two shoulders on the left/east side to reach a very broad basin/meadow that sits below the west ridge of Peak 9540 and is due west of Mine Canyon. Immediately after crossing the cattle guard, there is an unsigned road junction. Leave FSR-513 here and follow an old, grassy 2-track road heading east toward Mine Canyon. This old road is shown on the USGS topo map but not on the National Forest map.

At an unsigned road junction in the middle of the large basin/meadow (7,905 feet), bear left/east to continue toward Mine Canyon. This junction is a merger with a better 2-track road to be sure to remember to bear right (on the descent) onto the weaker 2-track road to return to FSR-513. Reach a final unsigned road junction where Mine Canyon narrows and you leave the large basin/meadow. The main road continues right/south up to some old mines. Go straight/east here on a grassy, old 2-track jeep road. Stop when you reach an old, rusty cattle cistern. Leave the 2-track road here (8,475 feet). 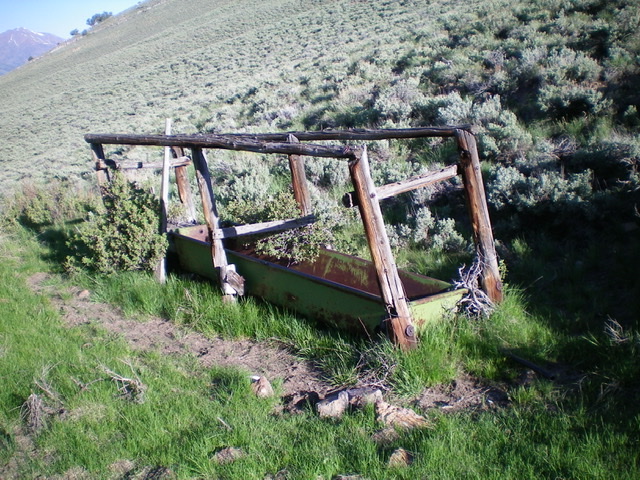 The dilapidated cattle cistern in Mine Canyon at the base of the south face of Peak 9540. Livingston Douglas Photo

From the old, dilapidated cattle cistern, bushwhack north up through thick sagebrush (which soon thins out) to reach the summit ridge just east of a wide saddle. This saddle lies between the true summit (to the right/east) and the west summit (to the left/west). Follow the wide ridge east to the true summit of Peak 9540. The summit has a decent cairn as does the [lower] east summit. 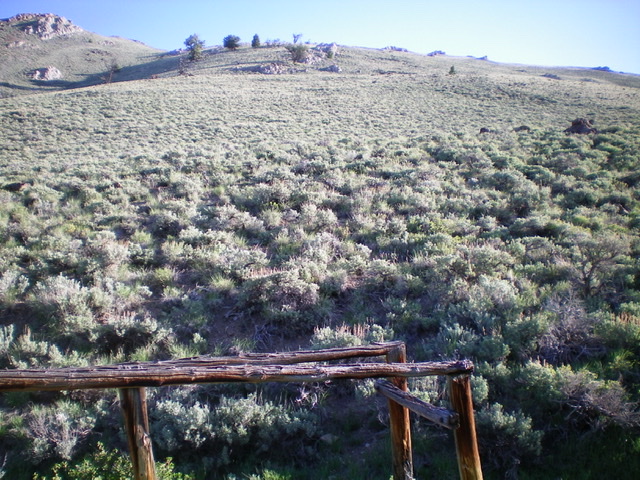 The south face of Peak 9540 as viewed from the dilapidated cattle cistern in Mine Canyon. Livingston Douglas Photo 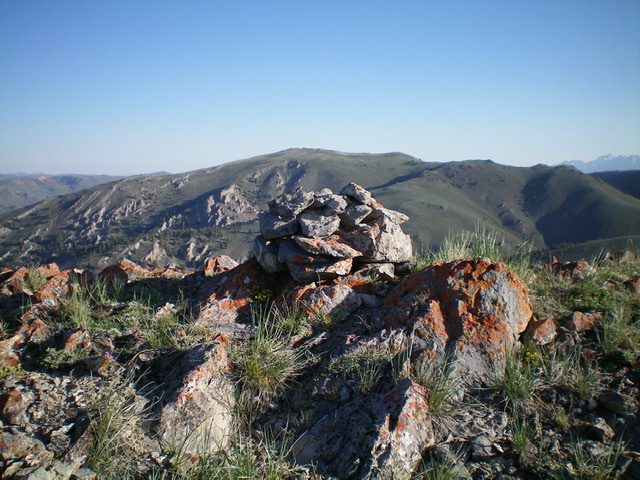 From the true summit, descend southeast to reach a dry gully. Follow it south through easy scrub/grass and dirt/gravel to reach the center of Mine Canyon. Descend the center of the canyon southwest then west through easy field grass to find the remnants of an old 2-track jeep road (now just a grassy clear-cut). Follow the old road back down to the dilapidated cattle cistern. Descend a series of old roads to return to FSR-513 at a cattle guard. Follow FSR-513 north-northwest to return to Burma Road. 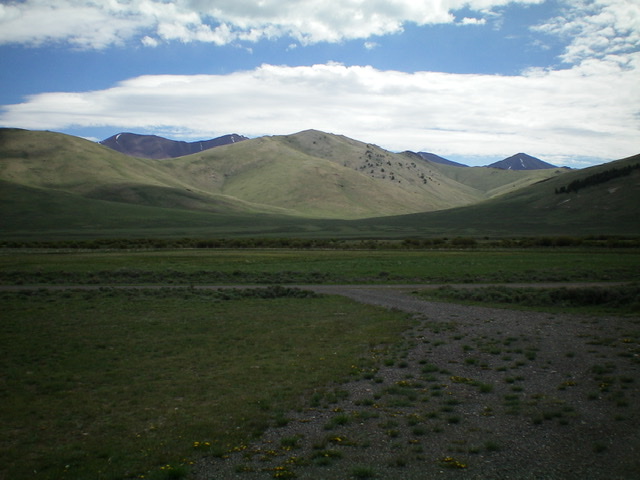 Peak 9540 (dead center) as viewed from the Copper Basin Guard Station to its southwest. Mine Canyon is right of center. Livingston Douglas Photo