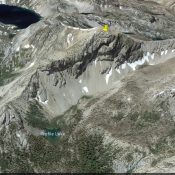 This peak is one of 5 ranked peaks that form the Northern Sawtooth Escarpmemt. This impressive front starts in the north on McGown Peak and then runs south including Peak 9820 (sometimes called McGown Twin or Mystery Peak), Peak 9709/The Wall, Peak 9565 and Alpine Peak. This long ridge is visible from ID-21 as one drives west from Stanley, ID. Despite its prominent position on this ridge, I have never heard of anyone climbing it.  USGS Stanley Lake 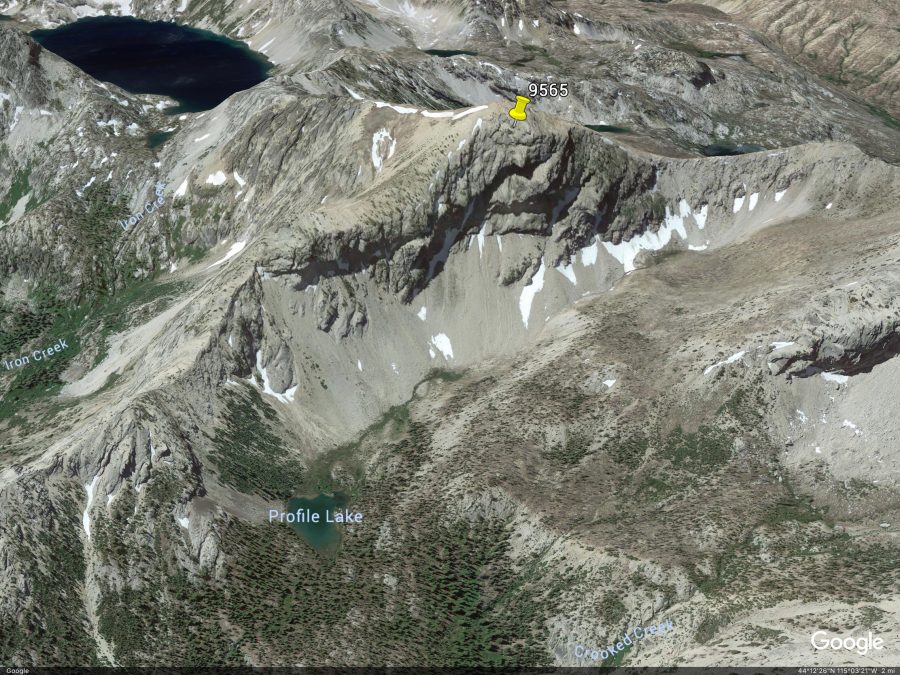