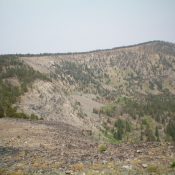 Peak 9766 is located on the Continental Divide and is an easy climb (mostly on the CDT) from Goldstone Pass. The southeast summit is the high point (9,766 feet) but by only a measly foot as compared to its northwest summit (9,765 feet). Peak 9766 towers over two beautiful Montana lakes: Cowbone Lake and Darkhorse Lake. Combine Peak 9766 with a climb of nearby Peak 9755, a rocky pyramidal-shaped summit to its southwest that is entirely in the State of Idaho. USGS Goldstone Pass 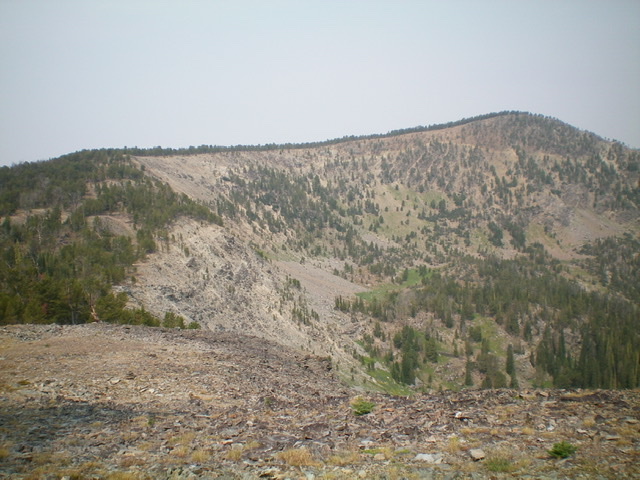 Peak 9766 and its LONG southeast ridge. The summit is right of center. Livingston Douglas Photo

Reach the CDT just above Goldstone Pass by either hiking or driving up Goldstone Pass Road/FSR-7327. The road crosses a ridge northeast of Goldstone Pass at about 9,100 feet and almost immediately intersects the [well-signed] CDT just to the west of the ridge crest. This is where the climb begins.

From the intersection of the CDT and Goldstone Pass Road (9,100 feet), follow the [well-marked] CDT northbound as it heads northwest to reach the southeast ridge of Peak 9766 just above (and west of) the connecting saddle between Peak 9766 and Peak 9582 (MT). This entire section of the CDT is not shown on the USGS topo map but it is correctly shown on the most recent Salmon-Challis National Forest Map (2017). Continue hiking on the CDT as it heads west then bends right/north to approach the summit of Peak 9766.

When the CDT flattens out and begins to head left/northwest to skirt the southwest face of Peak 9766, leave the trail and bushwhack north up the ridge in semi-open pine forest to the summit area. The CDT gets you within 80 vertical feet of the top. The semi-open summit area of Peak 9766 has two cairns. The large cairn at the east end of the summit area is not on the high point. The high point is about 70 yards to the west and also has a cairn. The west summit is the true summit as confirmed by altimeter measurement (by five feet) and by the USGS topo map’s positioning of the measured high point. 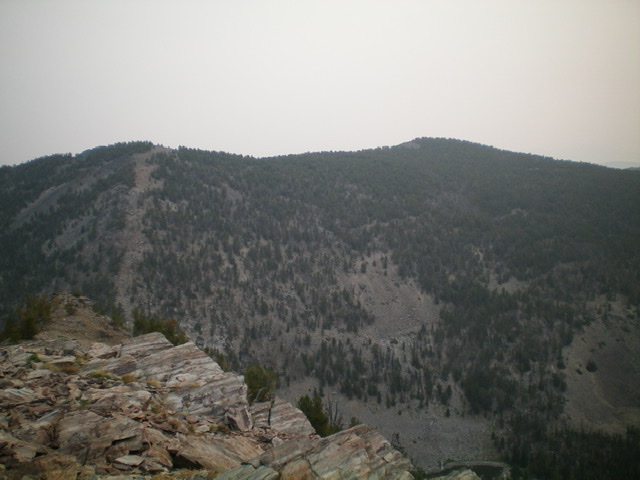 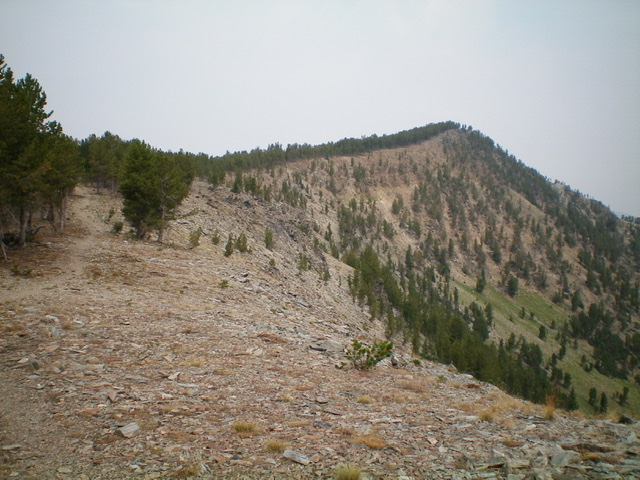 The southeast ridge of Peak 9766. The summit is right of center. Livingston Douglas Photo 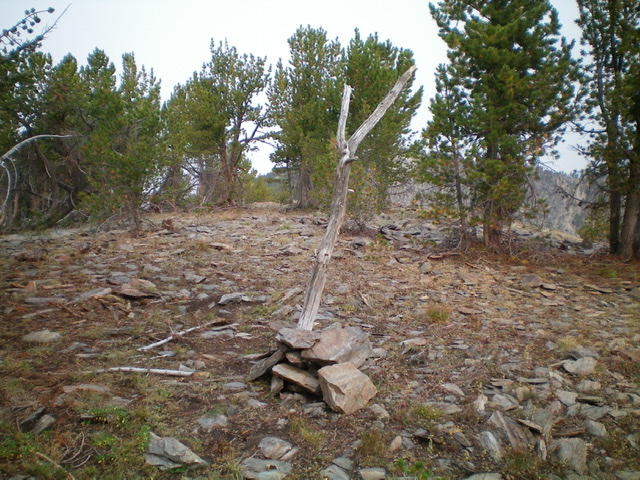 The summit cairn atop the true/west summit of Peak 9766. Livingston Douglas Photo