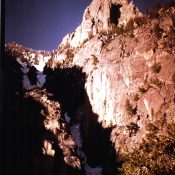 Peak 9475 sits directly west of Peak 9760, which is on Page 198 of the book. I do not have the exact latitude and longitude coordinates for this small peak. Therefore, I have included the coordinates for Peak 9760 to get you to the correct spot. The Kong formation is located on the West Slopes of Peak 9475.

These two formations are great examples of the many “unknown” technical climbing opportunities that exist in the Sawtooth Range. Peak 9475 and The Kong are located on the Cony Peak/Reward Peak Divide, which separates remote Goat Creek from the South Fork Payette River. Only a few climbers have ventured into this country because the access is so difficult. The Goat Creek drainage has a reputation as one of the hardest places to traverse in the Sawtooths. Nevertheless, there is a lot of untested granite in this area that should tempt people who read this report. USGS Warbonnet Peak

Bob Boyles and his first ascent party accessed the drainage from the Payette River drainage by ascending a west-facing gully located about halfway between Fern Falls and Elk Lake. Bob reports: “Mike Weber, Carl Sheets, Guy Carson and I climbed it in June 1974. From just below Elk Lake, we climbed the steep snow gully to the left of The Kong and found a Class 3 route that goes behind the pinnacle to the summit.” 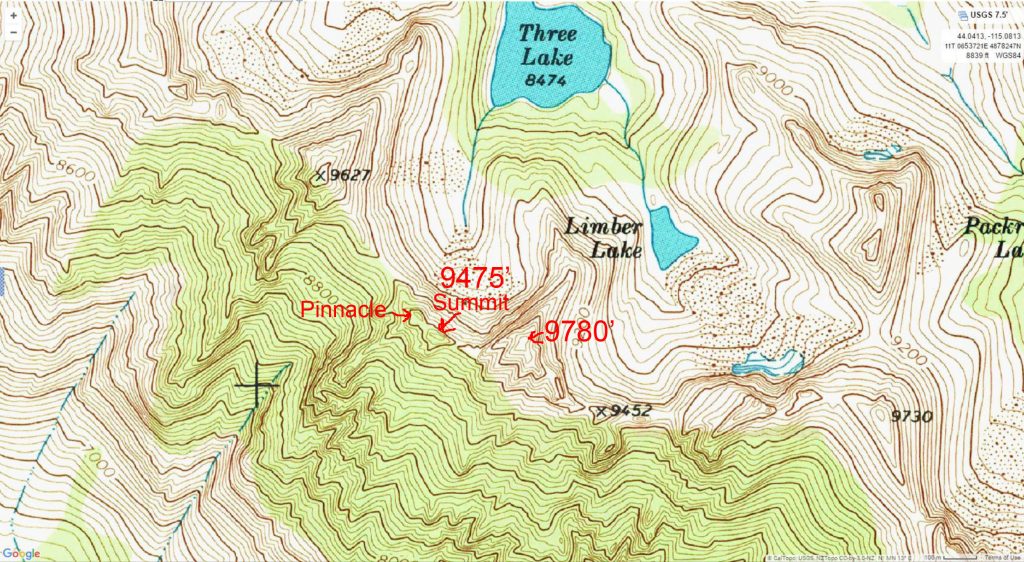 This map pins down the location of this unnamed summit. 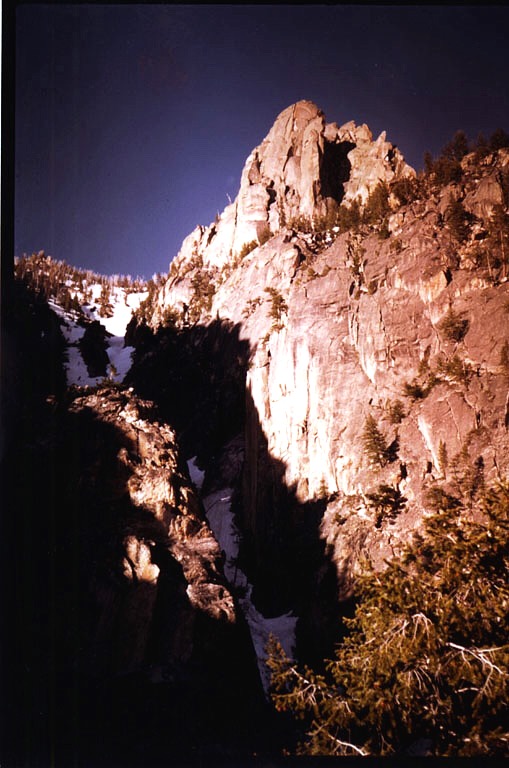 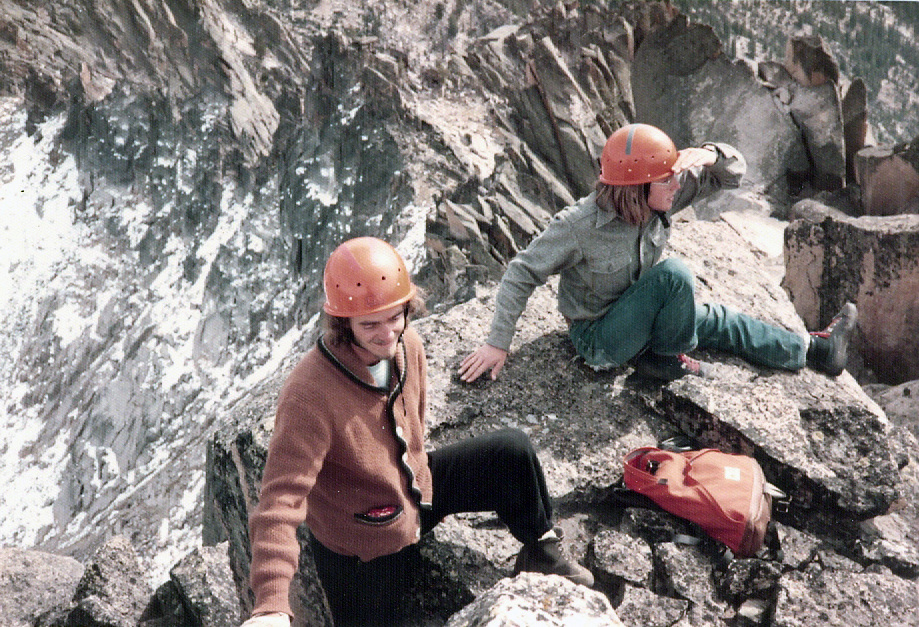 The first ascent crew on the summit. 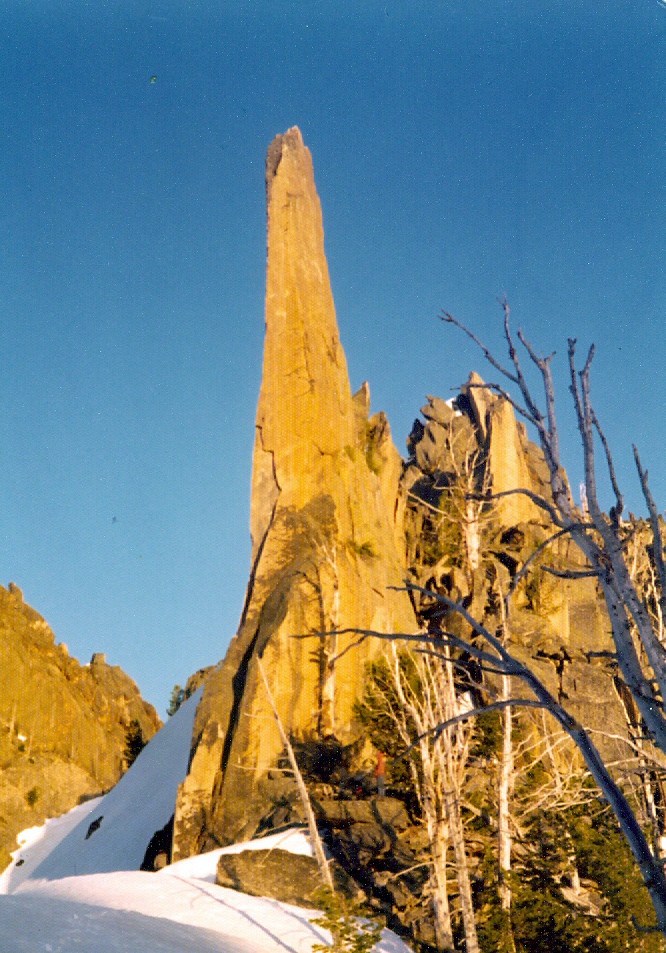 This imposing, if not impossible, spire is located just west of Peak 9475. Bob states, “We almost made it to the top of the spire but were turned back by blank rock 15 feet from the top.” Bob Boyles Photo 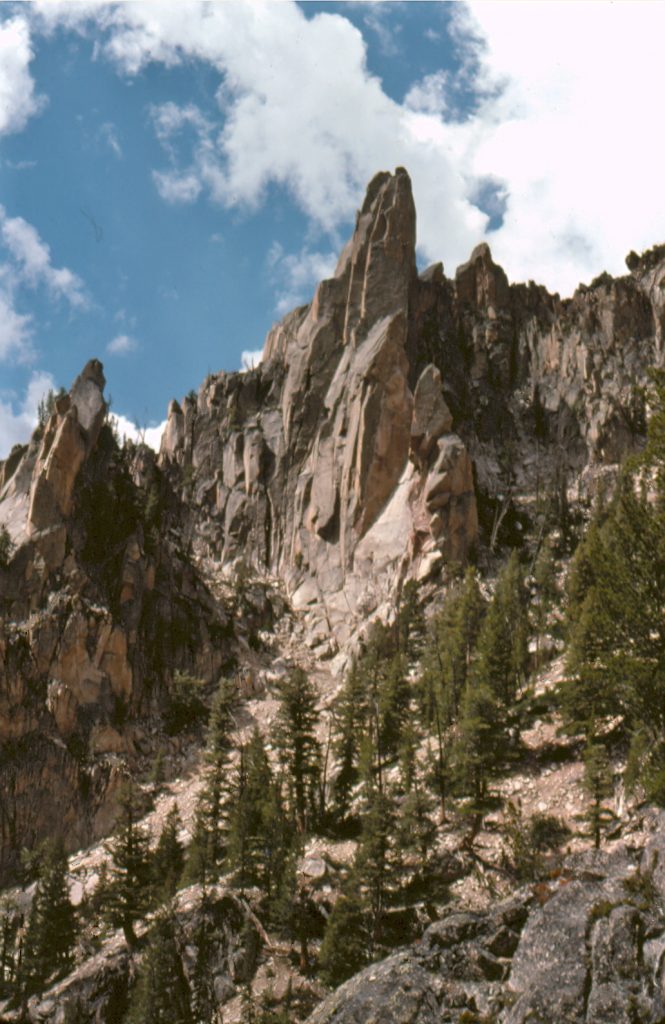 This formation is found on the west side of Peak 9475. The area’s many formations are clearly visible as one hikes up from the South Fork Payette River. Bob reports: “A year later (1975), Mike Weber, his cousin Sam, and I went back and climbed most of The Kong. We put up 4 pitches. The first, a Class 5.10, and the following 3 around Class 5.9 to the top of the dihedral where we were stopped by the big “H.” The right-hand side would have taken 8 to 12-inch pro and the left option was a thin horizontal aid line that looked to lead nowhere. We thought about finding short logs to use as chockstones in the big off-width but never got back up to finish it. The Class 5.10 pitch had a very hard overhanging, flared off-width crux. It spit Mike off on his first try and he took a 45-foot free-fall when two pieces of pro popped out. He got pissed and went right back up and led it on his second try. The rock quality up there is superb. The name was short for “King Kong,” which is how we felt the first time we stood at the bottom looking up.” 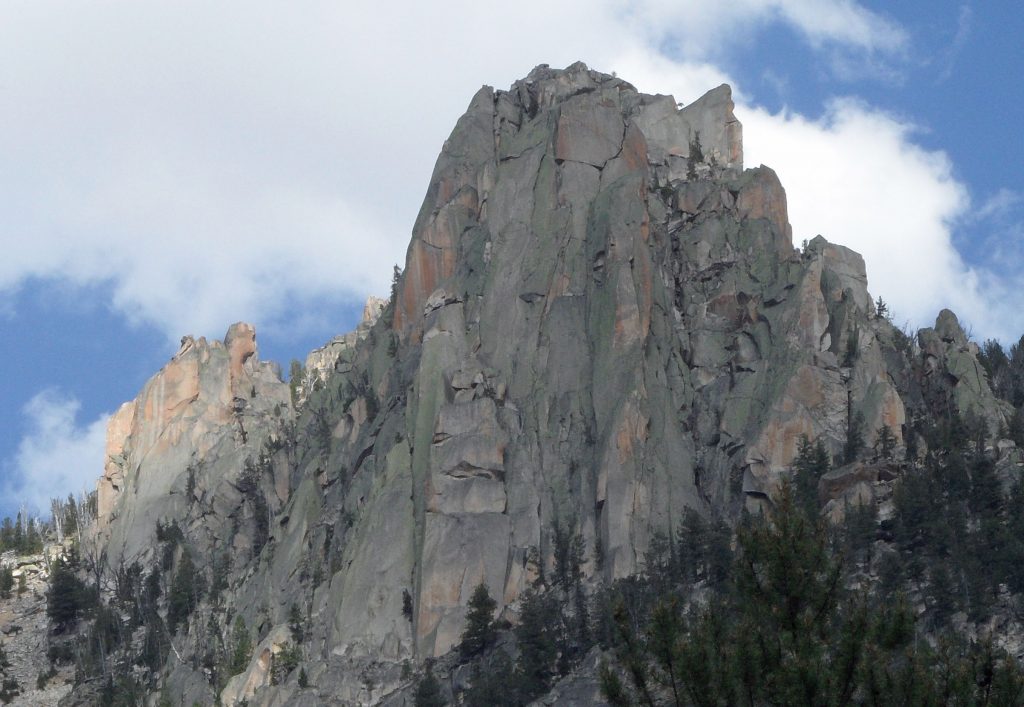 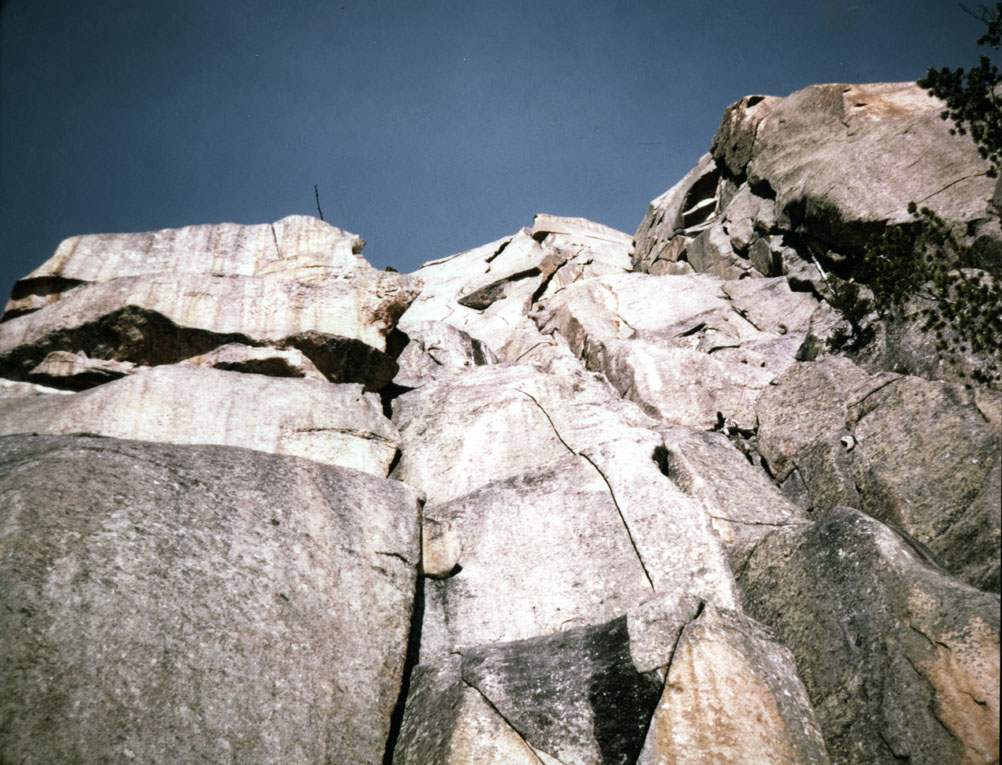 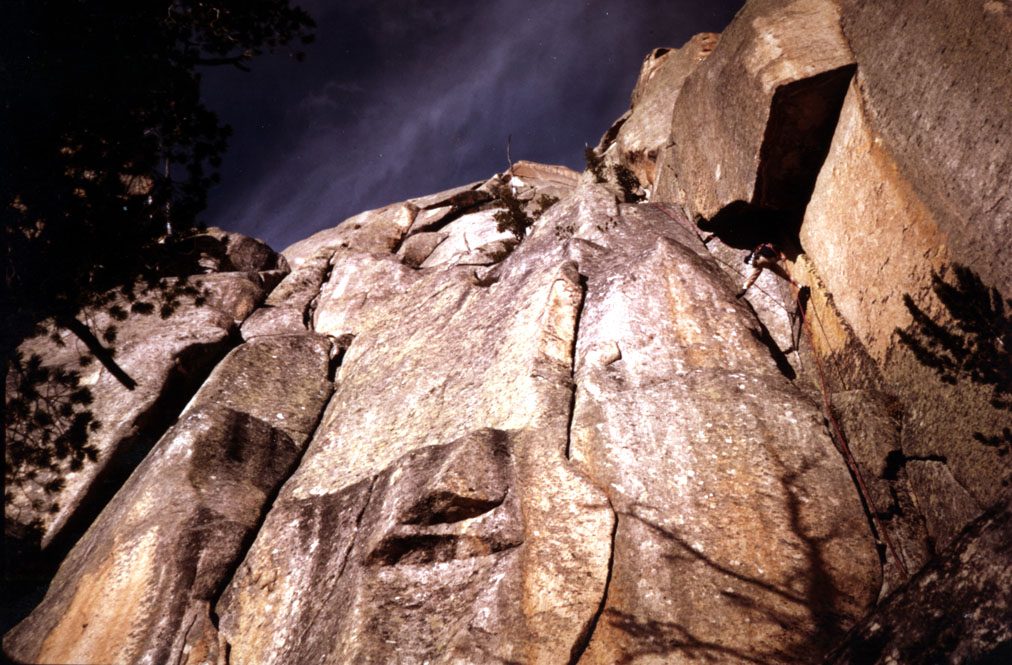 Bob Boyles rappelling off The Kong.

And now . . . the rest of the story from Bob. “There was more to this story of The Kong. We were going to try the left-aid option from the top of Pitch #4, but clouds started building up so we rigged anchors and rapped off. My rope jammed at the bottom of Pitch #2 and we couldn’t get it free. I made a decision to cut it off as high as we could and go down because the weather was starting to look pretty dicey. An hour after we got back to our bivy site, it got dark and a thunderstorm rolled in right on top of us. First, we got hit by high wind and soon after a downpour with lots of lightning and thunder.

The rain was coming down in sheets and the lightning would illuminate the entire area, temporarily blinding us until the next bolt hit. This continued for at least a half an hour until the cloud moved and we were on the other side of the shear. Then the wind started blowing violently up the mountain and so did the rain. It was raining up instead of down. It was one of the most unusual things I’ve ever seen in my life. It was a wild night until that cloud passed. A climber was killed on the Alturas side of the range from that same storm.”