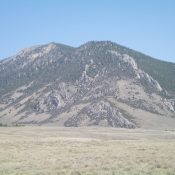 Peak 9854 towers over Christian Gulch to the south and Rock Spring Canyon to the north. It is a combination of steep pine forest, rocky buttresses/towers, and hidden cliff bands and should be taken seriously. Choose your route wisely for this one and descend the same route that you ascend. The easiest ascent route is via the north side of the peak from Rock Spring Canyon. USGS Doublespring 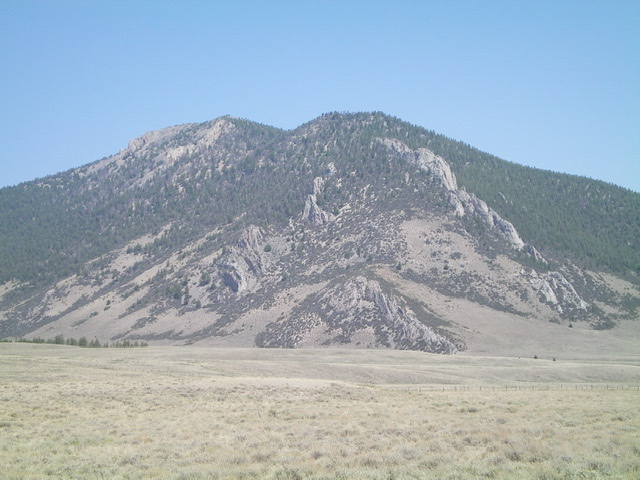 Peak 9854 is a complicated mess of forest and rocky outcrops. This is the view from Doublespring Pass Road to its southeast. Livingston Douglas Photo

From the parking pullout, trek northward across open grass/scrub, skiting the right/east side of an initial rocky outcrop and then a massive configuration of ridge buttresses/towers (see photo). Once past the ugly ridge obstructions of the lower ramparts of the southeast ridge, angle left/northwest to enter the pine forest. Stay just right/north of a patch of mountain mahogany to minimize the difficulty in reaching the steep forest.

Once in the pine forest, scramble directly up the steep, scree-and-gravel terrain in the forest. The open forest has only modest blowdown to navigate. The loose underlying rock is the major problem, particularly in the steeper sections of the southeast face. The forest lacks much pine duff to cover up the slippery rocky base. Stay to the right/north of some hidden rocky buttresses (in the forest) higher up in order to exit the southeast face and reach the crest of the southeast ridge.

Once on the southeast ridge, scramble northwest up the rocky, forested ridge crest to reach easier, open ridge terrain above. The accompanying blowdown, chunky ground talus, and rocky ridge outcrops serve to complicate matters and slow the climb up the initial section of the ridge. The summit of Peak 9854 has a decent cairn and offers magnificent views of the surrounding Pahsimeroi Mountains and the nearby gulches and canyons. 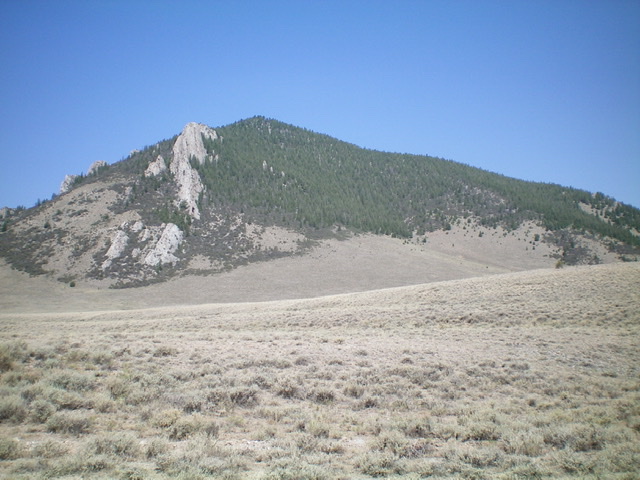 The forested southeast side of Peak 9854.Bushwhack up through the pine forest to the right of the massive rocky buttresses on the lower southeast ridge. Livingston Douglas Photo 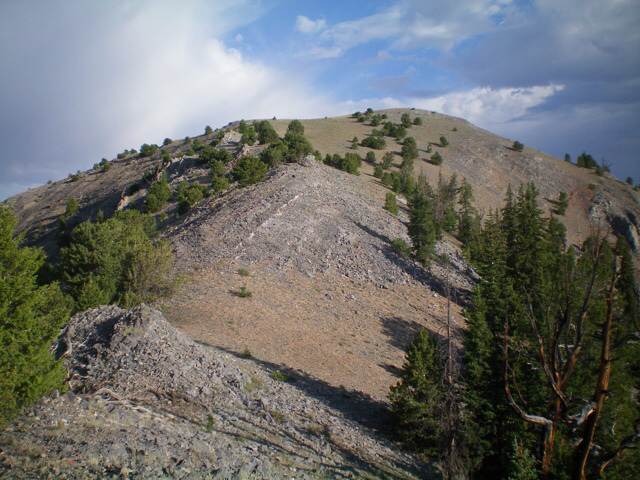 Looking up the southeast ridge of Peak 9854. The summit is the gentle hump right of center. Livingston Douglas Photo 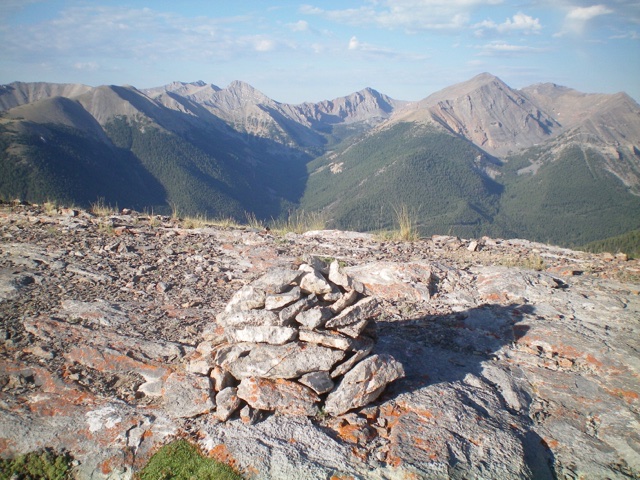 The summit cairn atop Peak 9854 with Christian Gulch (dead center) and the Pahsimeroi Crest in the distance. Livingston Douglas Photo 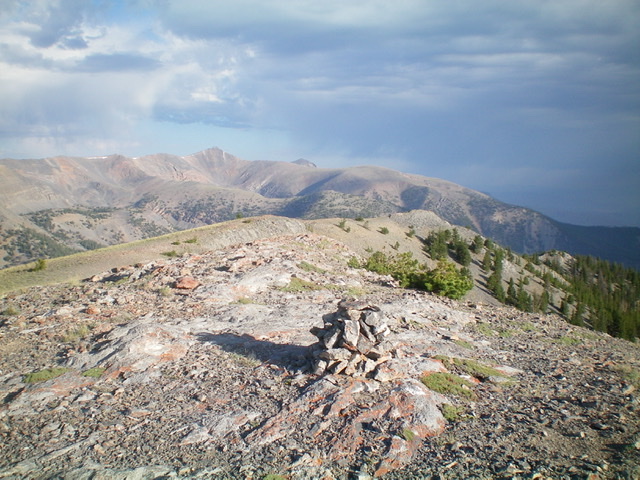 Looking northwest along the summit ridge from the cairned summit of Peak 9854. Livingston Douglas Photo