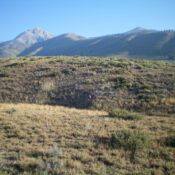 Phantom Hill is located along ID-75 north of Ketchum. Amazingly, this rather inconsequential hill has a sign alongside the highway to identify it (see photo). Phantom Hill is most easily climbed from ID-75 but finding a safe place to park is the crux of this climb. In addition, safely hiking along ID-75 for a short stretch carries a high level of risk given the average speed on ID-75 and the unending traffic on it. USGS Amber Lakes 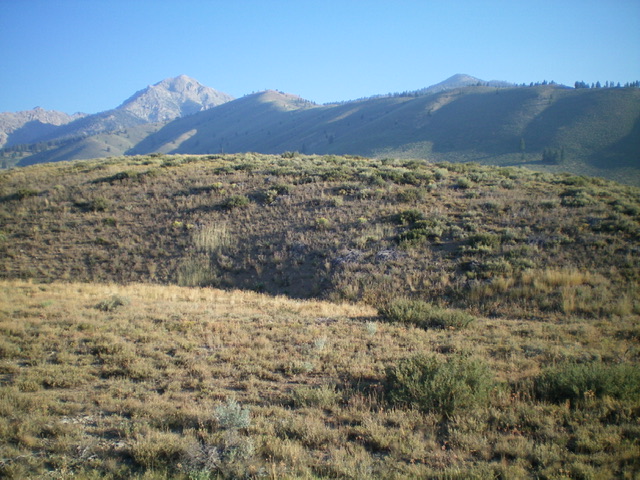 Phantom Hill (in the foreground) as viewed from ID-75 to its south. Livingston Douglas Photo

Park in a large gravel pullout along ID-75 about 0.3 miles east of [signed] Phantom Hill. The elevation at this pullout is 6,460 feet. 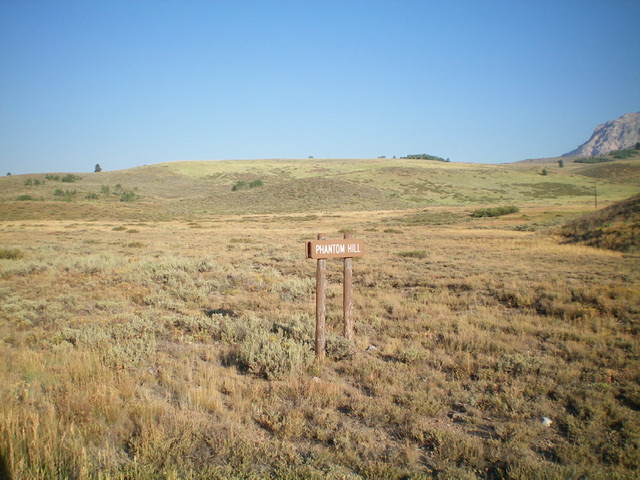 From the parking pullout, walk along ID-75 briefly (for about 0.2 miles) then leave the highway to bushwhack west through sagebrush and other veg to reach the sagebrush-covered summit of Phantom Hill. The high point of Phantom Hill seems to be at an electric pole at the north end of the flattish hill. There is no summit cairn nor any loose rocks with which to build one. 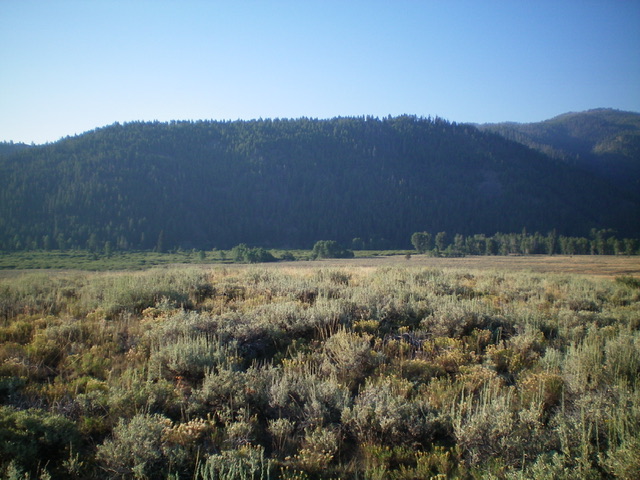