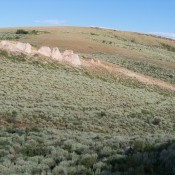 Here is Rick Baugher’s trip report to the summit of the highest point on the Bear Lake Plateau. “On 7/14/13 from my 5960′ camp spot at the NE corner of Bear Lake, rode then hiked a seldom used BLM two track north up canyon. After about 3 miles a 7460′ saddle was reached. Turned E on an up & down faint ridge crest track. An occasional cow, deer, and antelope kept me company. A large knocked down sandstone cairn announced the summit of Pine Spring Ridge. The USDA Forest Service benchmark is stamped ‘Gate’ and dated 1960. Returned in evening shadows, and nearing the finish gave a large hissing rattlesnake a wide berth. We both appreciated the mutual respect shown.”  USGS Pegram 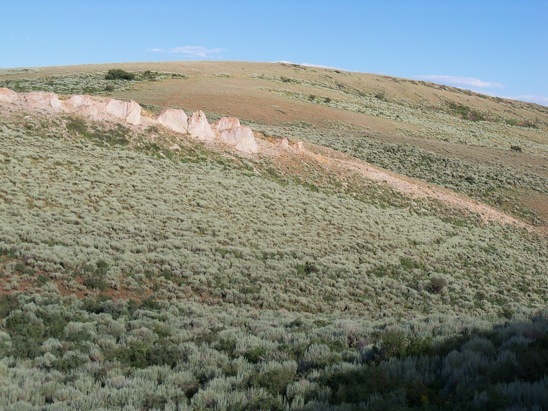 Approaching the crest of Pine Spring Ridge from the west. Rick Baugher Photo 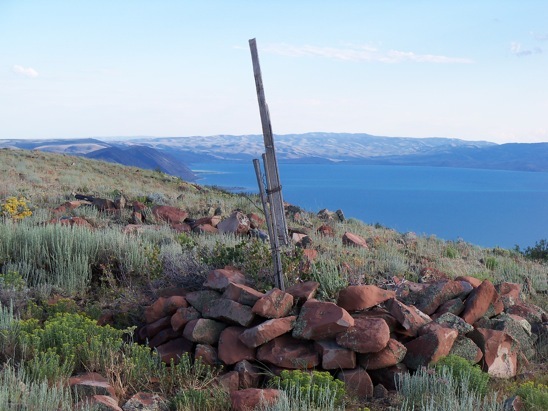