This formation is not in the book. Published August 2021

Ky Hart and I climbed a probable new mixed route on an unnamed point (10,080 ft) in Idaho’s Sawtooth Mountains. It’s the Eastern-most point on the ridge leading East from Thompson Peak and East Thompson Peak. USGS a Stanley Lake 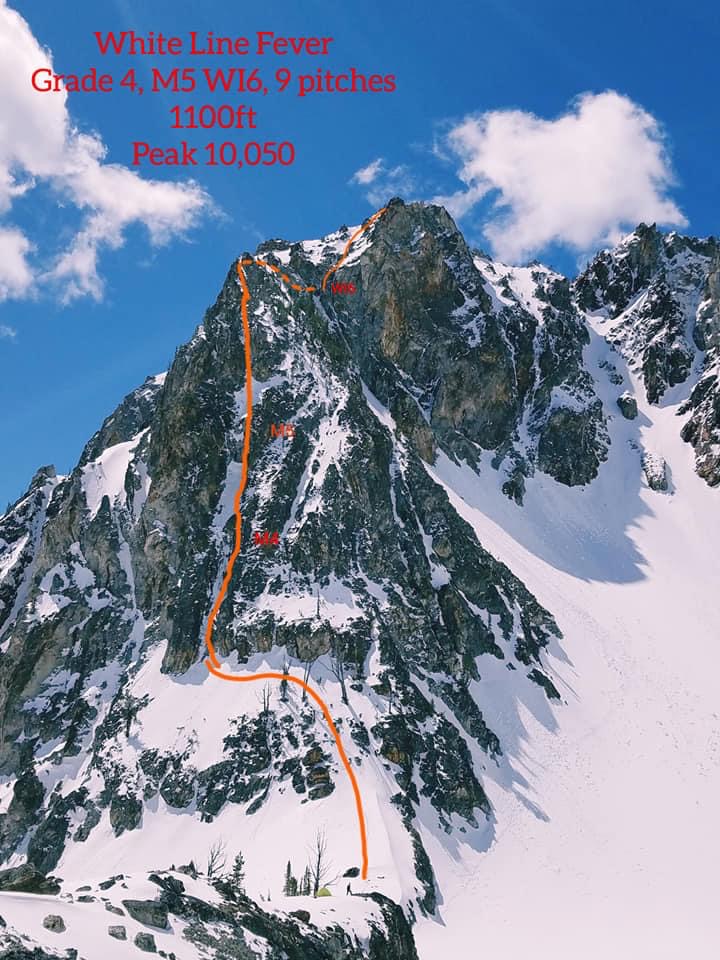 Four pitches of mixed climbing up to M5 brought us to a false summit where we were shocked to find a beautiful water ice pillar tucked into a gulley on the North Face. Finding something like this was something I’ve dreamed about since the day I swung my first ice tools!

After climbing the wild pillar more pitches of steep snow and easy rock brought us to the summit. We named the route White Line Fever. The route encompasses 9 pitches and climbed 1,100 feet.

This was a spectacular peak that doesn’t appear to have any non-technical routes to the summit. Nor could I find any information on previous ascents. That’s pretty unlikely in the Sawtooths so if anyone knows any of the history on this peak I’d love to hear about it!