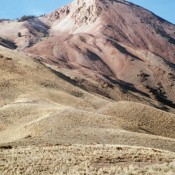 Climbing and access information for this peak is on Page 262 of the book. Margo Mandella’s 2016 trip report is found down the page.

Porphyry Peak is the westernmost 10,000-foot peak in the White Knob Mountainst. It has a uniquely colored and shaped summit block that makes it easy to locate from Copper Basin Road. The summit offers spectacular views of the surrounding country, including beautiful Copper Basin and peaks in the Lost River, Pioneer, and White Cloud mountain ranges. USGS Porphry Peak

Porphyry Peak as viewed from Peak 9938. 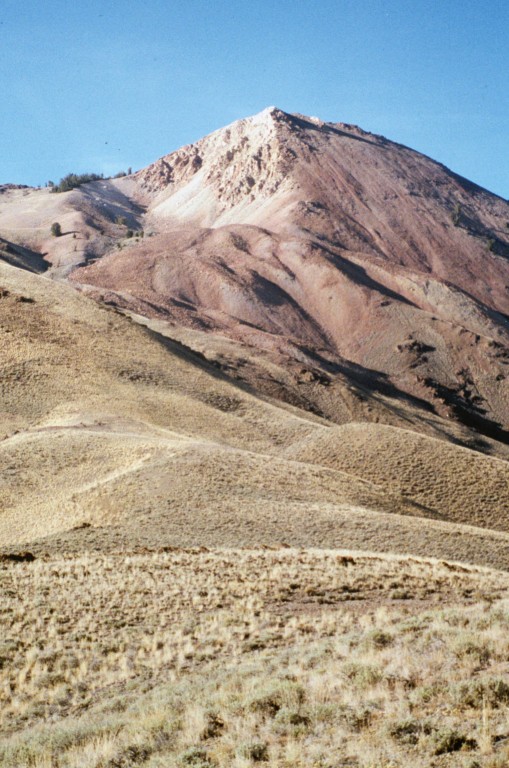 Porphyry Peak as viewed from the south.

Steve and Margo Mandella provided additional photos and a track from their 2016 ascent. 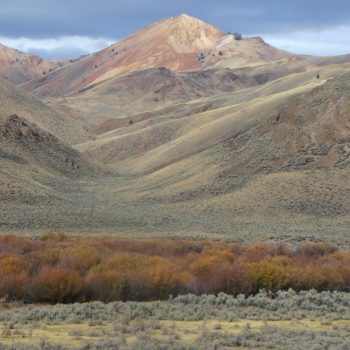 Porphyry Peak as viewed from the road.  Steve Mandella Photo

Margo reported: “We caught this peak on a beautiful day. No, it wasn’t sunny and it was very cold when we started out, but the air was perfectly still and the silence was deafening (except when we were by the river). We felt that we had the entire place to ourselves and didn’t see a soul all day. 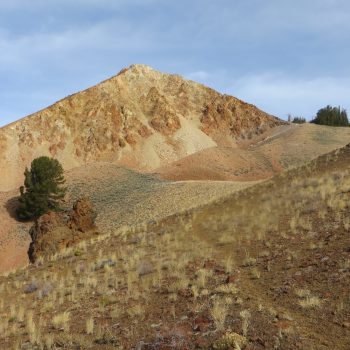 We followed the book route (Page 262), accessing the South Ridge from Castle Creek Canyon. You have good views of the peak throughout the ascent, so route finding is not an issue. The steepest part of the climb is the short summit block. We would have tagged an additional peak, but unpleasant weather was coming in that day. It started raining when we arrived back at the car. We climbed the peak in October when we thought the river would be at its lowest before winter set in. That strategy worked really well for us. Crossing in sandals helped too.  Class 2 difficulty.” 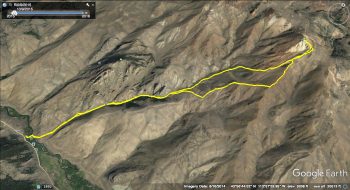 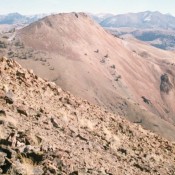