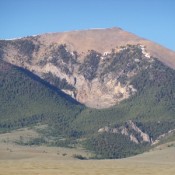 Climbing and access information for this peak is on Page 305 of the book. Updated May 2017

Rainbow Mountain is not the most imposing Lemhi Range peak when viewed from the valley, but is an enjoyable climb via its Southeast Ridge and a challenging Class 4 climb via its Northeast Face.

This is a shorter and steeper route than the routes described in the book. Drive midway between Coal Kiln Spring and Box Spring on the two-track road that parallels the crest to the small drainage that comes off the peak’s West Side. Climb due west at first through sagebrush and then trees heading toward Point 9883 and the crest of the Southeast Ridge. Follow the ridge to the summit. This route entails 3,600 feet of elevation gain. 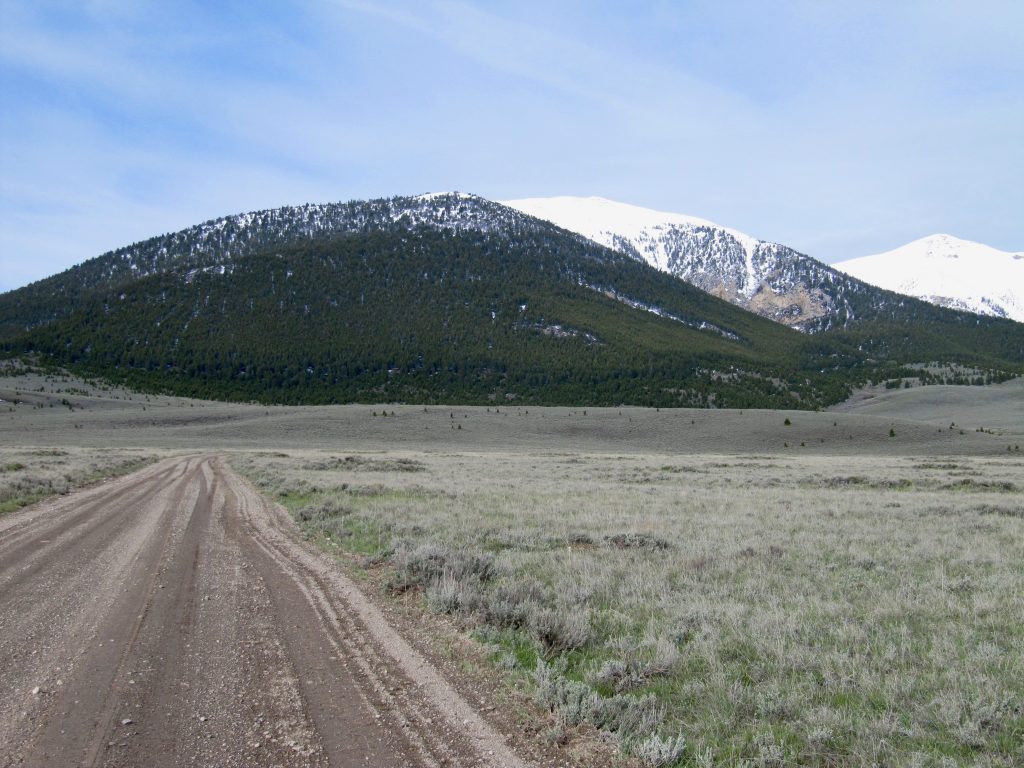 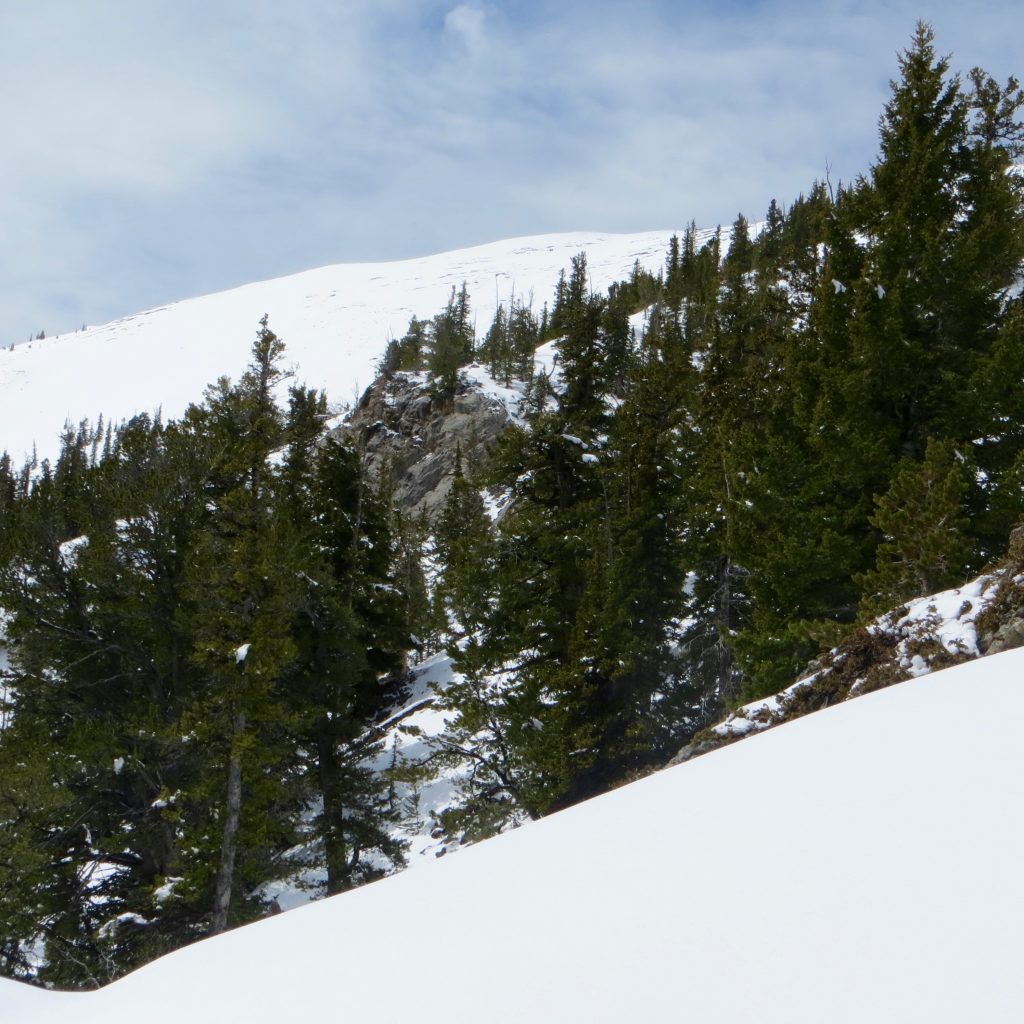 Approaching the summit from the Southeast Ridge. Steve Mandella Photo 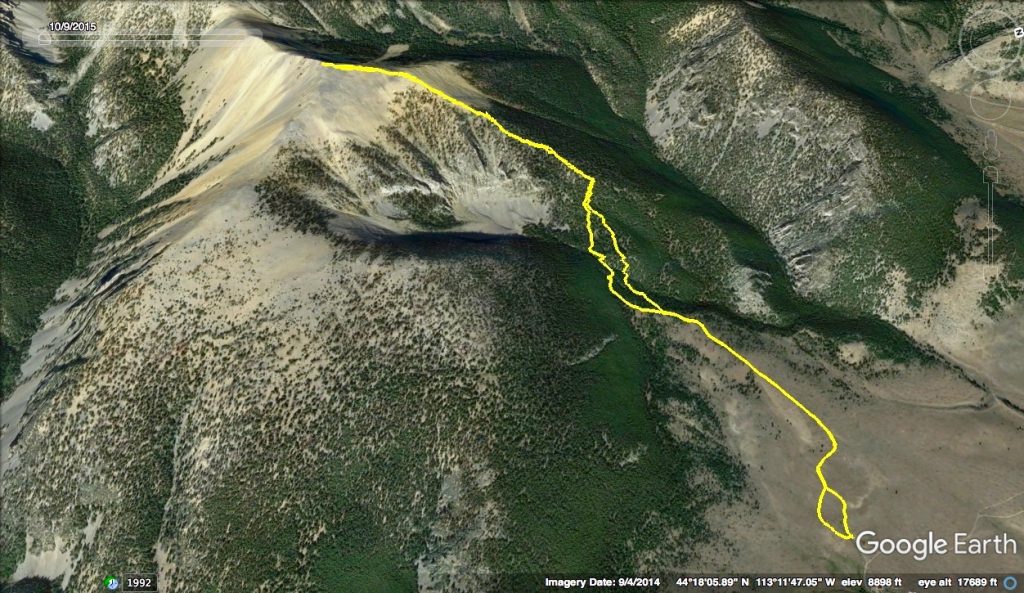 Larry Prescott climbed Rainbow Mountain from the Coal Kiln Road and the peak’s East Face. Turn left off ID-28 at the signed road for the kilns and follow the road past the kilns, proceeding as far as your vehicle will allow. From the end of the road, a trail leads to a basin at the base of the Northeast Face. 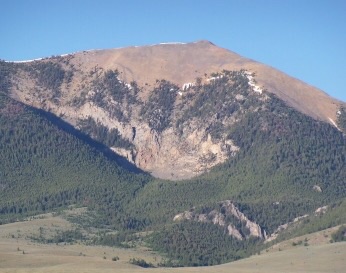 The Northeast Face of Rainbow Mountain.

Larry reported: “I decided to take a more challenging route up the face directly to the summit. The crux was finding a route through the tall cliff band guarding the face. Making the route even more difficult was a few inches of snow.” Larry rated the route through the cliff band at Class 3-4. Based on his photos, I would rate the route a solid Class 4. Use the link below to read Larry’s trip report. 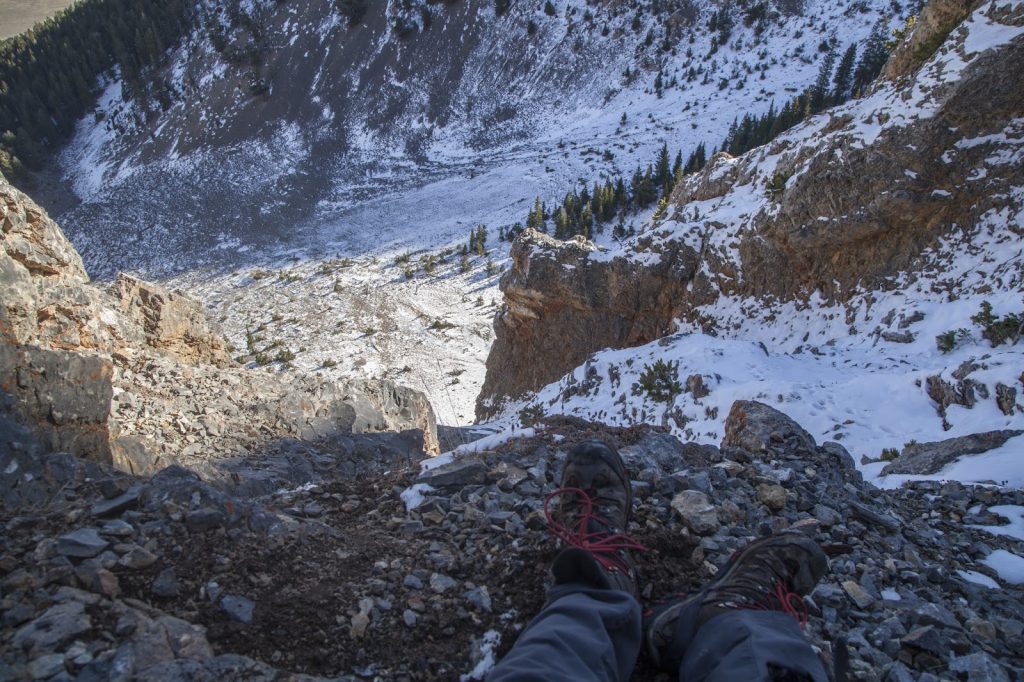 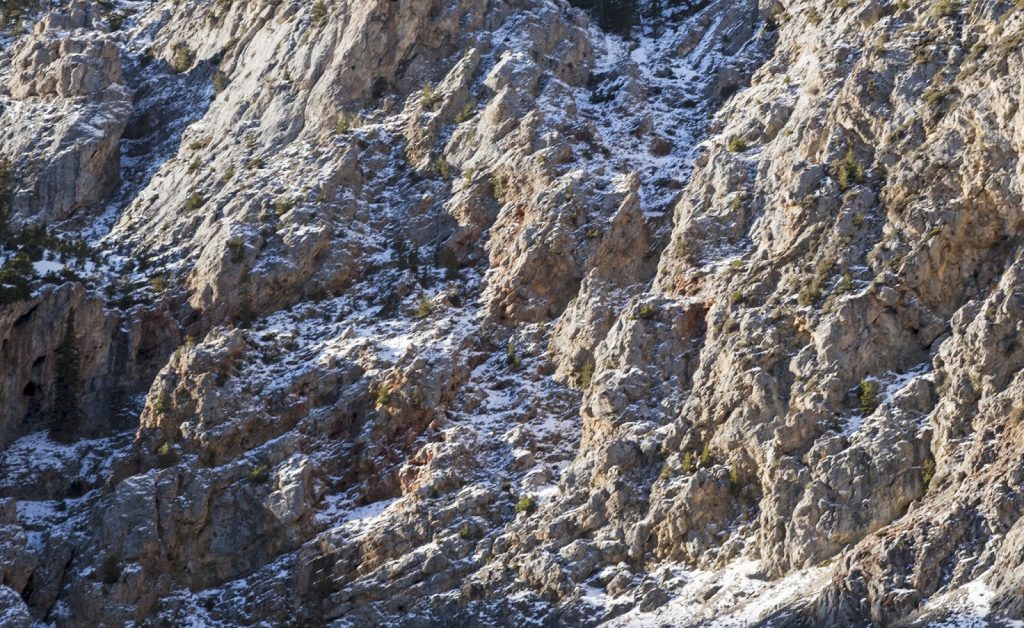 The cliff band on the Northeast Face. Larry Prescott Photo 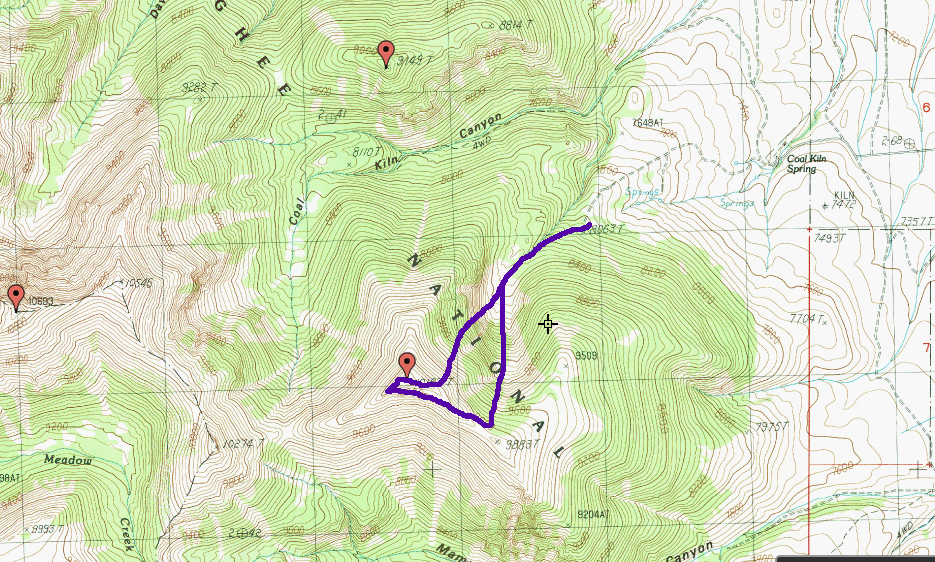 Larry’s route up and down Rainbow Mountain. 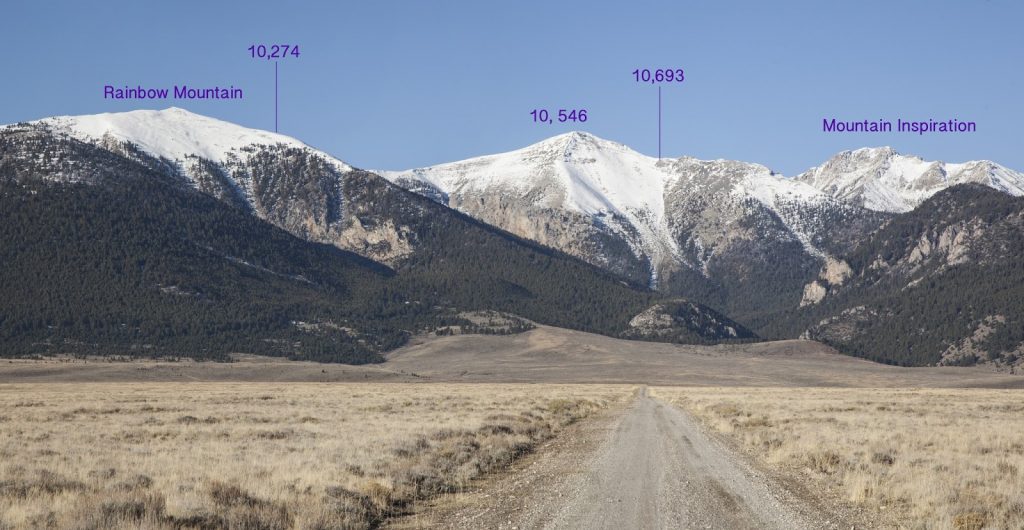