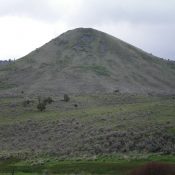 Rattlesnake Peak is a handsome hill that sits just south of the Hawkins Reservoir. While most of the peak is in the Caribou National Forest, there is private land surrounding sections of it so be careful. Rattlesnake Peak is the northernmost ranked summit on the LONG north ridge of Elkhorn Mountain. It is a fun, steep scramble up the east face from South Hawkins Road/FSR-039. USGS Wakley Peak 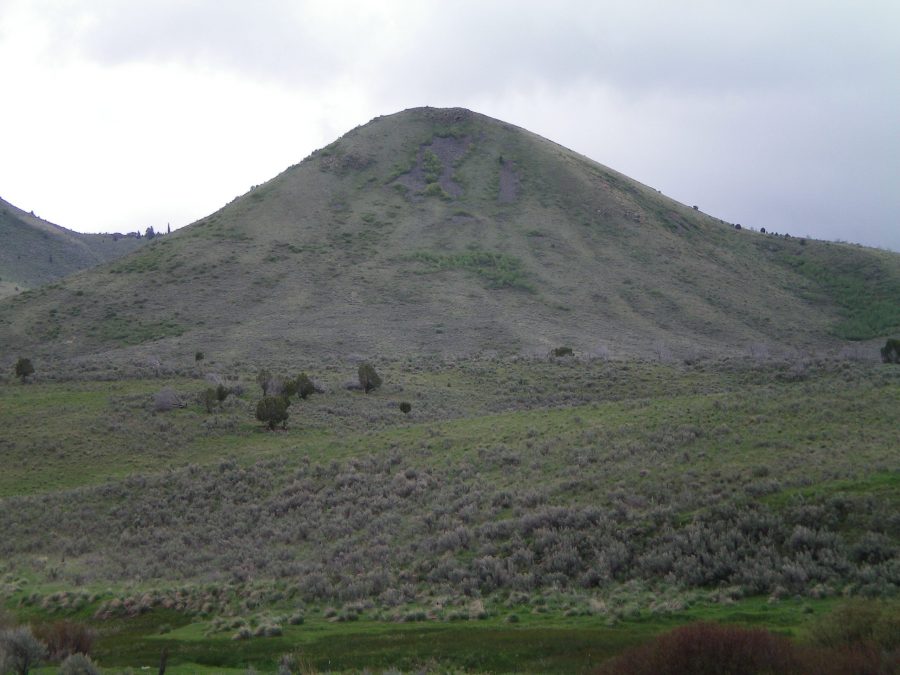 From the Arimo/Robin Exit on I-15 (Exit 40), drive west on Arimo Road past the hamlet of Robin, ID. At 8.4 miles (about a mile past Garden Creek Gap), go left onto Harrington Road. At 9.7 miles, reach a “T” junction with Hawkins Road. Go left here and drive 4.2 miles to a junction with [signed] South Hawkins Road/FSR-039. Turn right/south onto FSR-039. At 0.5 mile, enter the Caribou National Forest. At 1.0 mile, park in a grassy pullout on the left/east side of the road. This pullout sits at the base of the east face. The elevation here is 5,185 feet.

From the parking pullout, cross to the west side of FSR-039 and drop about ten vertical feet to cross a small stream drainage. Climb directly west up the steep east face. The terrain begins as desert scrub. It becomes a mix of steep, very loose talus for the final 200 vertical feet with some aspens and willows mixed in. You will be grabbing the branches of the bushes/aspens/willows to prevent a fall here.

Descending the loose talus is particularly treacherous. This is definitely Class 3 terrain. The northeast ridge is a gentler, safer route than the east face. The summit of Rattlesnake Peak is a gentle scrub hump. There was no summit cairn on top. Not much loose rock here with which to build a cairn. From the road, this climb requires about 750 vertical feet of elevation gain. 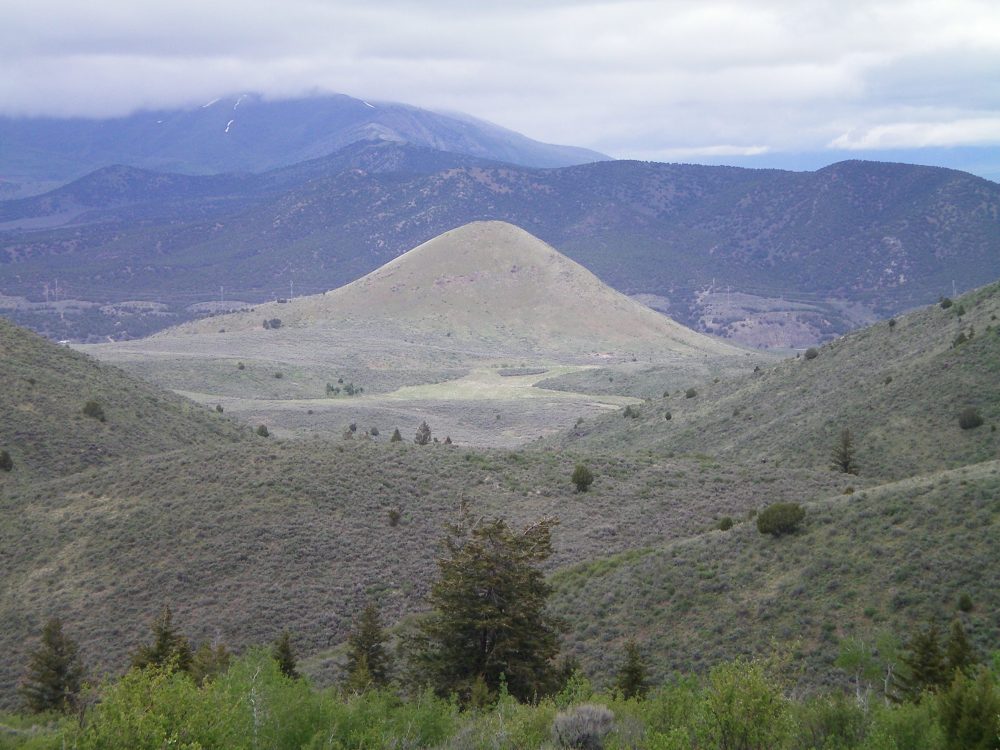 Rattlesnake Peak as viewed from a ridgeline to the southwest. Livingston Douglas Photo 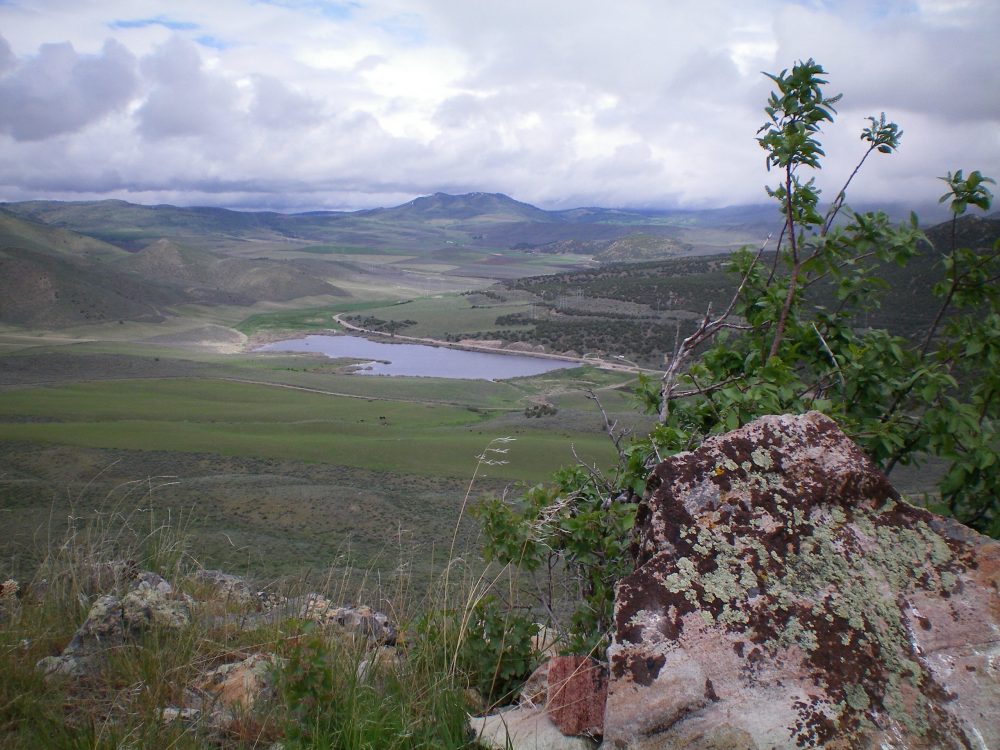 View of Hawkins Reservoir from the summit of Rattlesnake Peak. Livingston Douglas Photo