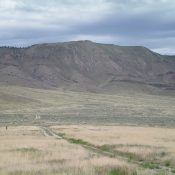 Rattlesnake Point is the high point of a magnificent ridge that sits above ID-22 and Peak 5928. This ridge is the east spur of the VERY LONG south ridge of Peak 9300. People must visit Rattlesnake Point because there is a huge cairn on its summit. Though not a ranked summit, this point is well worth the effort and offers spectacular views of the surrounding area. Peak 5928, a ranked summit to the southwest, seems rather inconsequential when viewed from the top of Rattlesnake Point. USGS Snaky Canyon 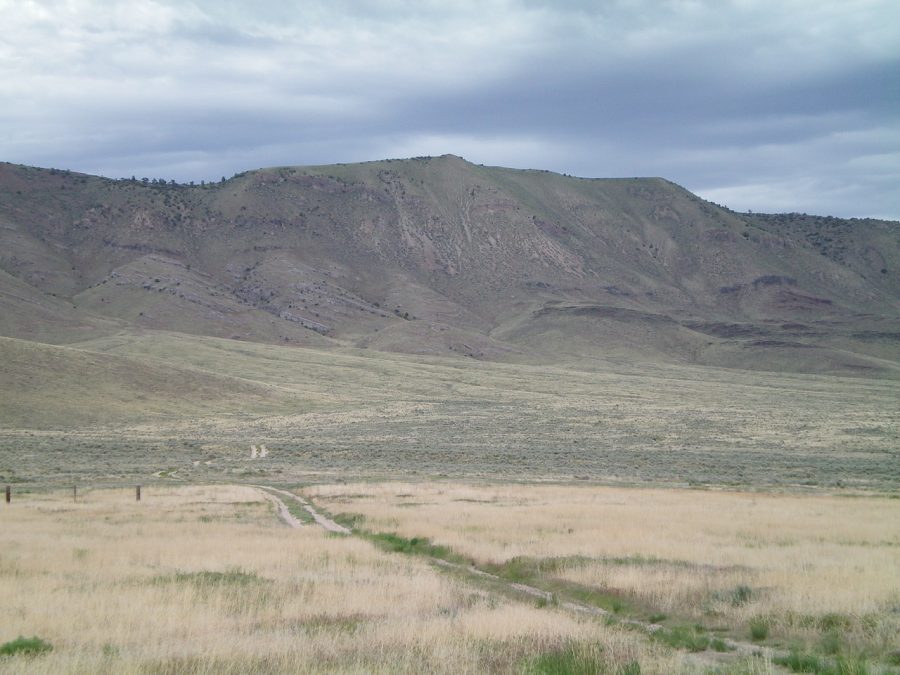 The south face of Rattlesnake Point as viewed from the parking pullout near a corral. Livingston Douglas Photo

From the junction of ID-28/ID-22, drive east on ID-22 for 3.0 miles to [signed] Reno Cutoff Road. Turn left/west onto Reno Cutoff Road and drive 0.1 miles, crossing a bridge over a canal on the way. Immediately after crossing the bridge, turn right/east onto an unsigned 2-track jeep road. Follow this road for 0.4 mile to a road junction—a side road goes left to a corral that sits at the base of the east face of Peak 5928.

On the way, go right at an unsigned road junction and cross under two sets of power lines. Park either at the corral or near the final road junction in a large pullout/turnaround area. The elevation here is 5,160 feet. This parking spot offers outstanding views of the southeast ridge of Peak 5928 and the south aspects of Rattlesnake Point. 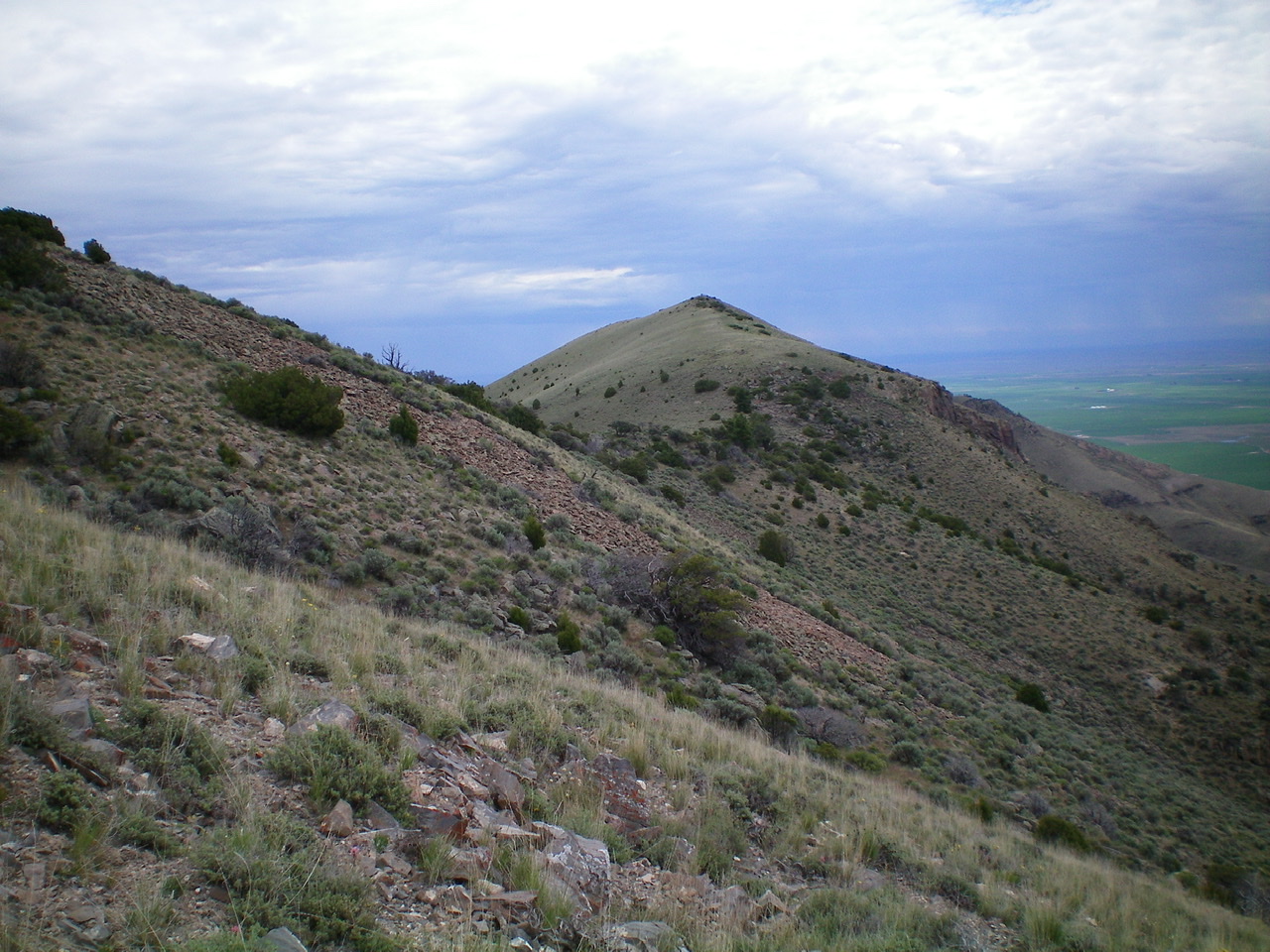 The summit of Rattlesnake Point (right of center), as viewed from high on the south shoulder, just below Point 6605. Livingston Douglas Photo

From Point 6605, follow the ridge crest eastward, initially descending 125 vertical feet to a saddle. Continue eastward up to the high point (6,648 feet) on a narrow section of ridge. The summit area is a mix of brush and large boulders. A massive cairn rests on the high point. It soars over 1,600 vertical feet over the valley floor to the south. 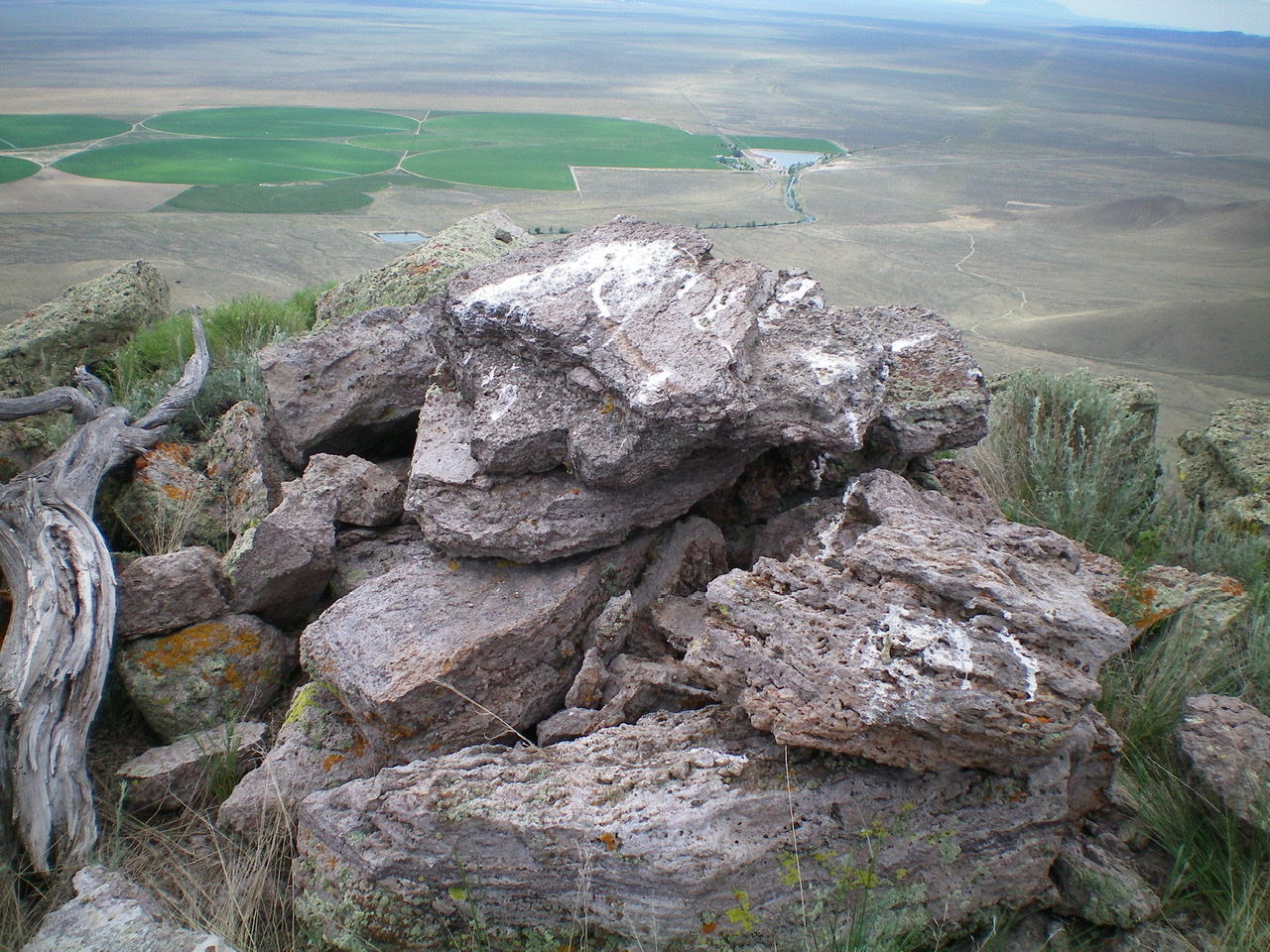 Same as for the south shoulder/west ridge. This descent is the final leg of a loop route that begins and ends at a corral at the base of the east face of Peak 5928.

From the summit, descend directly down the south face on loose gravel and scree, boot-skiing often. There are some steep areas of short vegetation as well. Lower down, the slope eases and desert scrub takes over. You soon reach a gully. Follow it south to about 5,300 feet then contour west to intercept a jeep road at the base of the east spur of Peak 5928, due east of Point 5482. Hike south down the road to your parking spot. 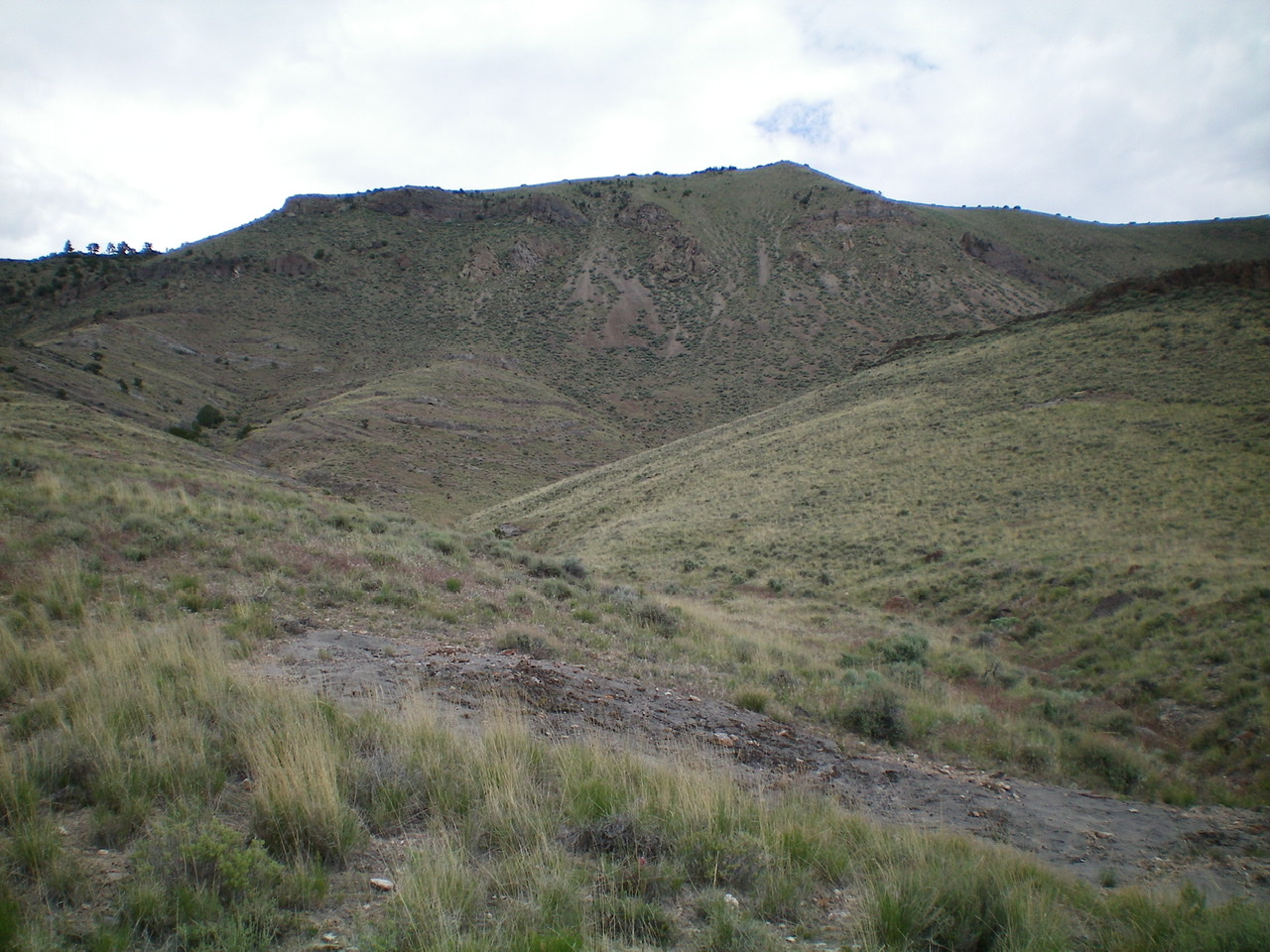 The south face of Rattlesnake Point as viewed from the base of the south gully. The summit high point is right of center. Livingston Douglas Photo