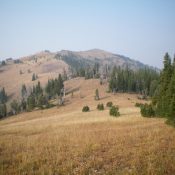 Climbing and access information for this peak is on Page 332 of the book. Published November 2020 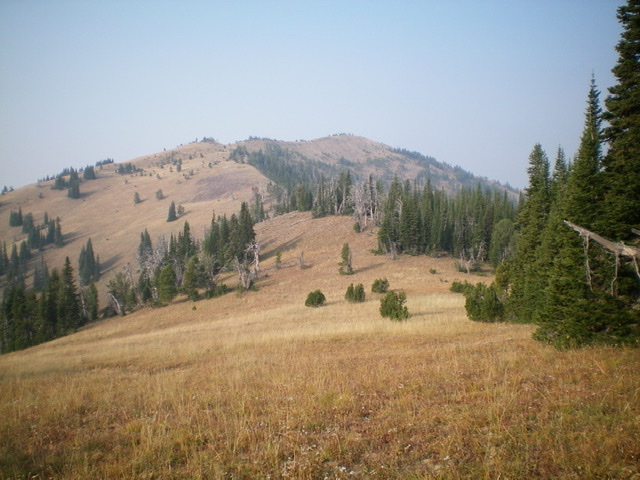 Reas Peak as viewed from the east. The summit is dead-center. Livingston Douglas Photo

From the Sawtell Peak trailhead, follow FST-165/Rock Creek Basin Trail for 1.5 miles to a shoulder crossing on the south side of Peak 9500. Leave FST-165 here and follow the shoulder south in open or semi-open terrain on easy grass/scrub with some gravel/scree mixed in at times. The ridge drops to a saddle then climbs up over Point 9199 then drops to another saddle northwest of Point 9130.

Once on the Continental Divide just west of Point 9204, follow the undulating ridge crest west. Hike across some open gravel/scree humps and minor gullies to reach a forested ridgeline hump. The pika tunnels under the soft ground are rather annoying and will slow you down as your feet plunge into the airy ground. Stay on the ridge crest and go through or skirt the easy pine forest (not much blowdown). The terrain opens up again and the ridge bends left-ish/southwest to descend easy grass/scrub to a saddle.

Scramble up over a minor forested hump and drop to a second saddle of equal height. From this final saddle, follow an elk trail (initially) southwest up the semi-open ridge. Make a final right-ish/west bend to reach the gentle, open summit hump of Reas Peak. The small summit area has two small summit cairns. The ridge traverse from Point 9204 to the summit is just over two miles but it goes quickly. 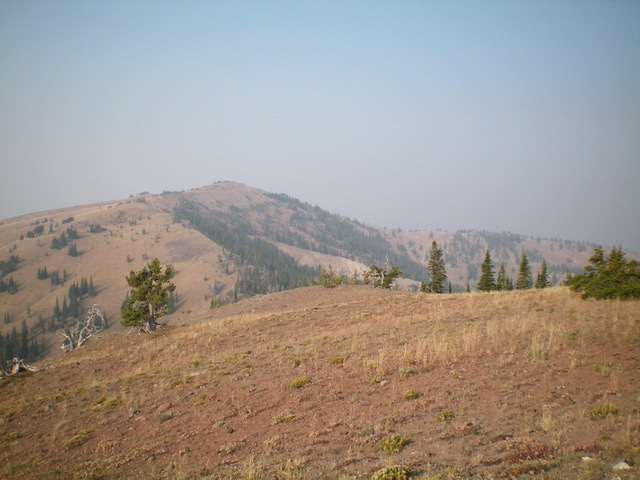 Reas Peak (summit is left of center) and its LONG north ridge (extending to the right) as viewed from the east. Livingston Douglas Photo 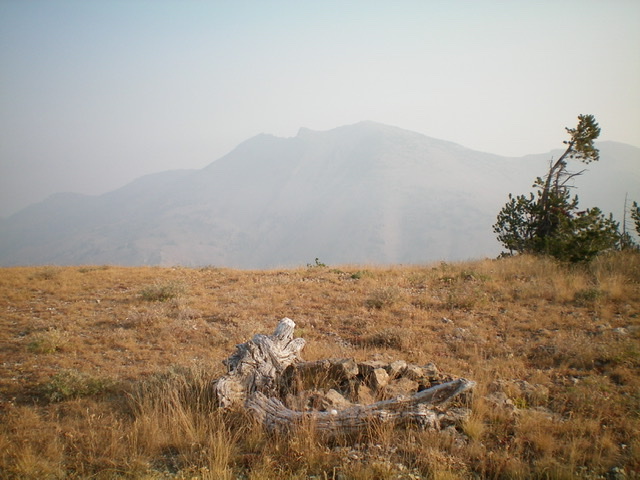 The summit cairn atop Reas Peak with Mount Jefferson in the background on a very smoke-hazy morning. Livingston Douglas Photo