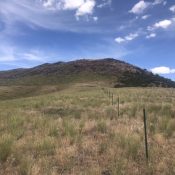 This peak is not in the book. Livingston Douglas added three photos to this page. Updated January 2023

Red Rock Mountain sits east of the main Jim Sage Mountains crest on the north side of Kane Canyon. The peak’s lower slopes are interspersed with junipers. The summit is covered by a ghost forest of burned trees. USGS Kane Canyon 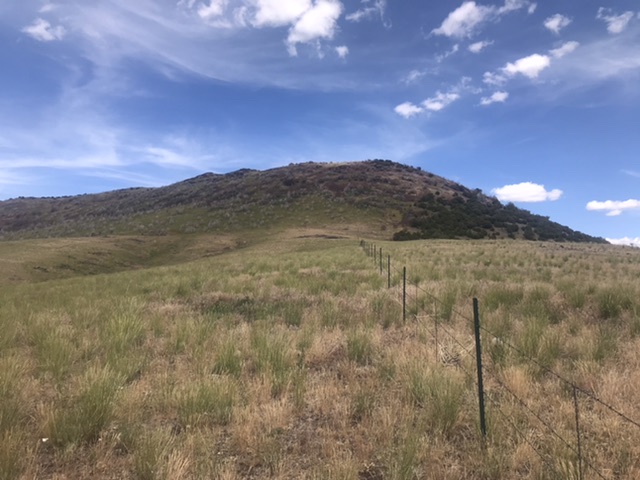 From Malta, Idaho, drive south on Highway 81 for 6.0 miles. Turn west onto [signed] 2160 S. Kane Springs Road. The road is a good, county-maintained gravel road until it turns northwest toward a ranch. Turn left on the 2-track road that leaves the main road at this turn. The 2-track road is good at first but soon deteriorates. Keep your eyes open because there is a major washout that is somewhat hidden. If you are driving too fast, you could end up driving into it. This washout can be bypassed with some difficulty on the left.

After the washout, the road climbs up steeply and then levels off before reaching a junction. Go right at this junction and follow the road to the saddle on the west side of Red Rock Mountain. There is a fence and cattleguard on the pass. Park here. A 4WD is required. Additionally, I advise against using this route after the grass dries out. It would be nearly impossible to escape a range fire if you were on the upper portion of this road. See the map below.

Follow the north side of the fence to the base of the mountain. Scramble up the steep face, dodging junipers along the way. Round trip from the cattleguard to the top is 0.7 miles with 450 feet of elevation gain. 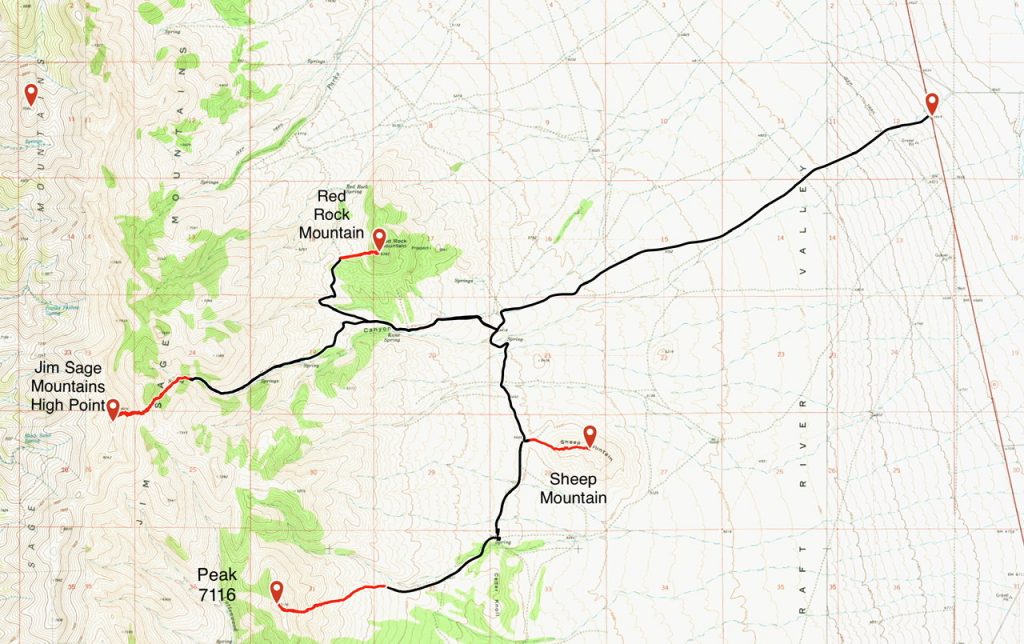 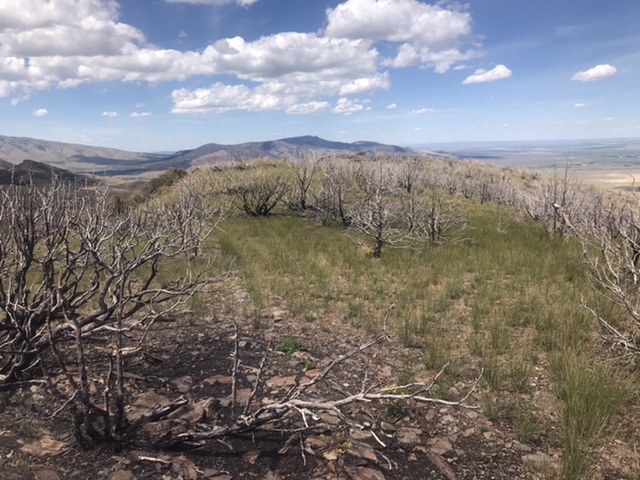 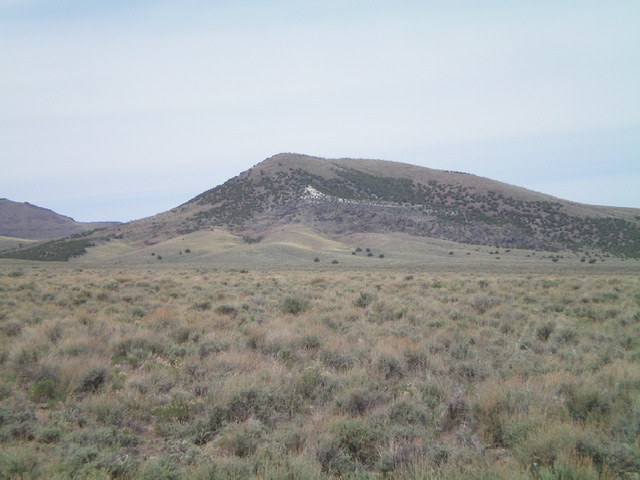 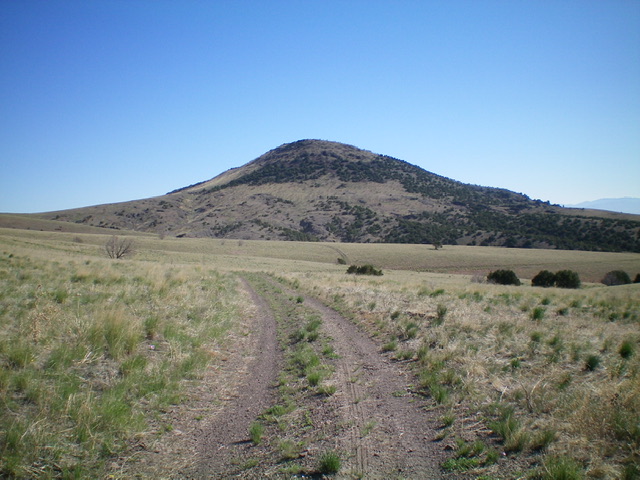 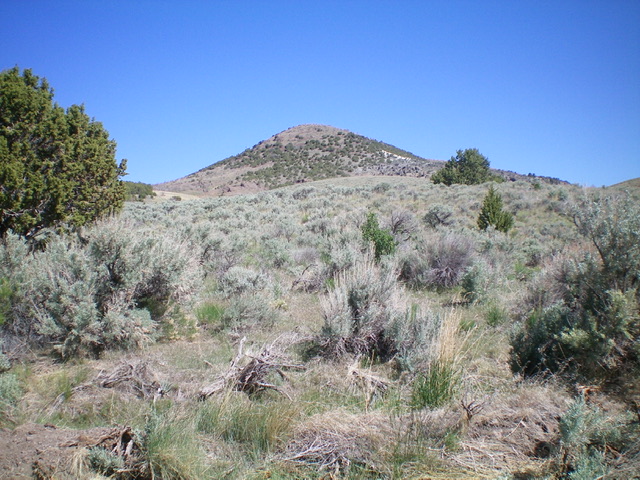 Red Rock Mountain as viewed from the base of the southeast face at Kane Springs, my descent route. Livingston Douglas Photo