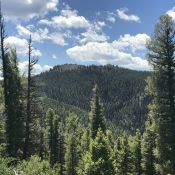 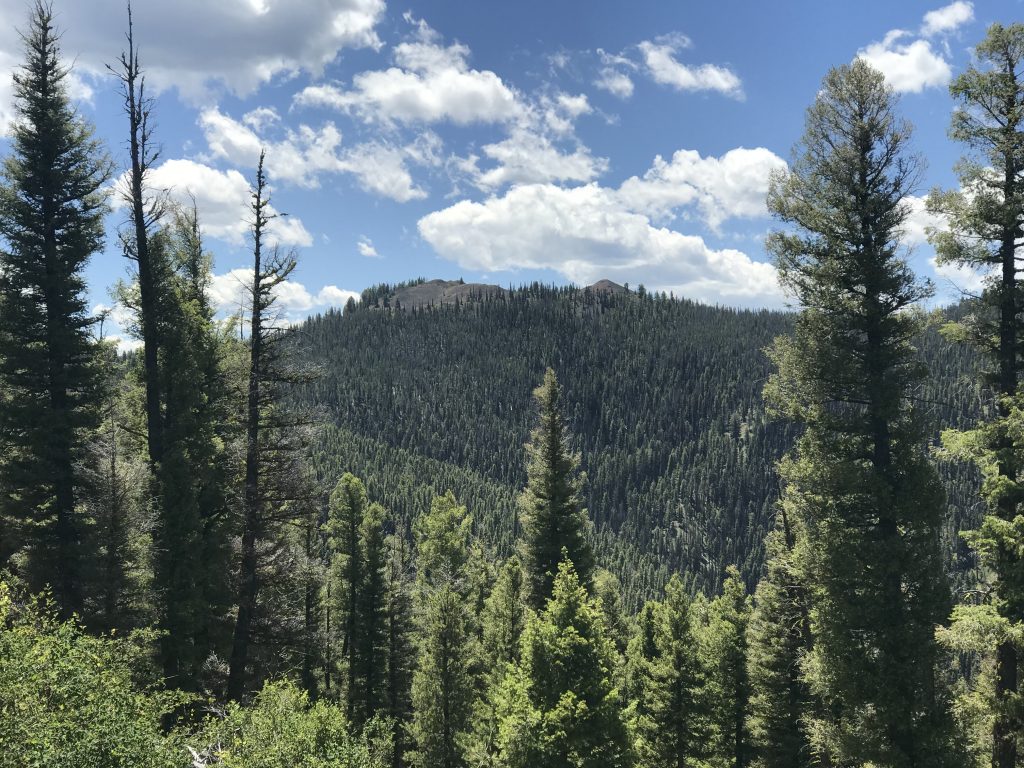 Red Rock Peak as viewed from the north.

The starting point for the drive to the summit begins on Panther Creek and uses FS-112, the road that leads to the Bighorn Crags [(H)(4.1) on Page 143]. Google Maps will give you good directions all the way to the summit and the signage is good. From Panther Creek, follow FS-112 west for 15.0 miles to a 4-way junction. Turn left at this junction onto FS-110 and follow it south for 2.6 miles to another junction. At this junction, there is an unnumbered road that heads up to a saddle just below the summit in 0.3 miles. From the saddle, a short trail leads to the top.

My GPS track from the 4-way junction to the summit. FS-112 is fairly decent road. The unnumbered road is a 4WD road but was blocked by a tree.

Bing Young wrote the following about the lookout in 1982:

Red Rock is located in the heart of the Yellowjacket Country at the head of Fourth of July Creek, directly above the old townsite of Forney. Red Rock was used as a lookout before any building was constructed. Smokechasers were stationed on Red Rock in the early 1920s. The lookout was built in 1933 against the Supervisor’s preference to build one on Duck Creek Point (which was built a year or so later).

The lookout was used at least through the 1950s as a primary lookout, but since its abandonment, it has been burned. Today nothing remains of the building. Red Rock Peak has an excellent view of the Yellowjacket Country, which no other lookout provides as effectively. Wayne O’Connor remembers that two of the seasons he was on Red Rock, he reported more “firsts” than any lookout on the Forest back in the early 1930s.

Red Rock is easily accessible in the Summer, as a road passes right over the top. The road leaves Panther Creek, then climbs up to the ridge on which Red Rock, the higher of two close points, is located. The elevation is 8,191 feet and the view is well worth the trip. —Salmon National Forest Fire Lookouts by Bing Young 1982, Page 32. 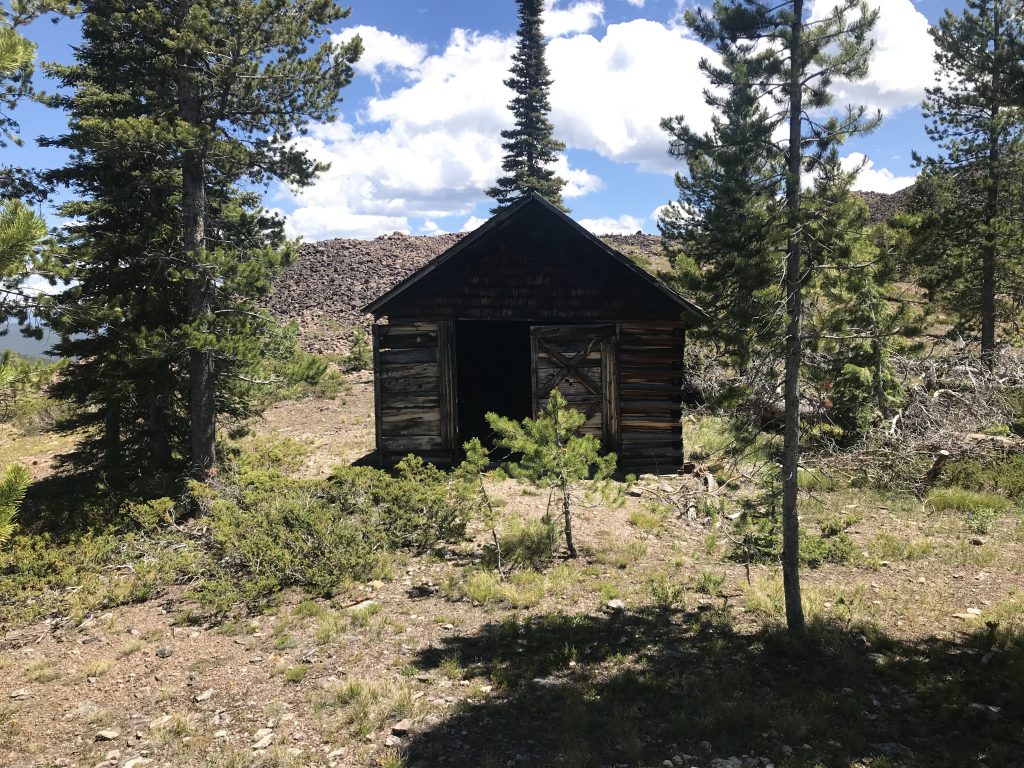 This garage-like structure is in fair condition and shows signs of recent work. 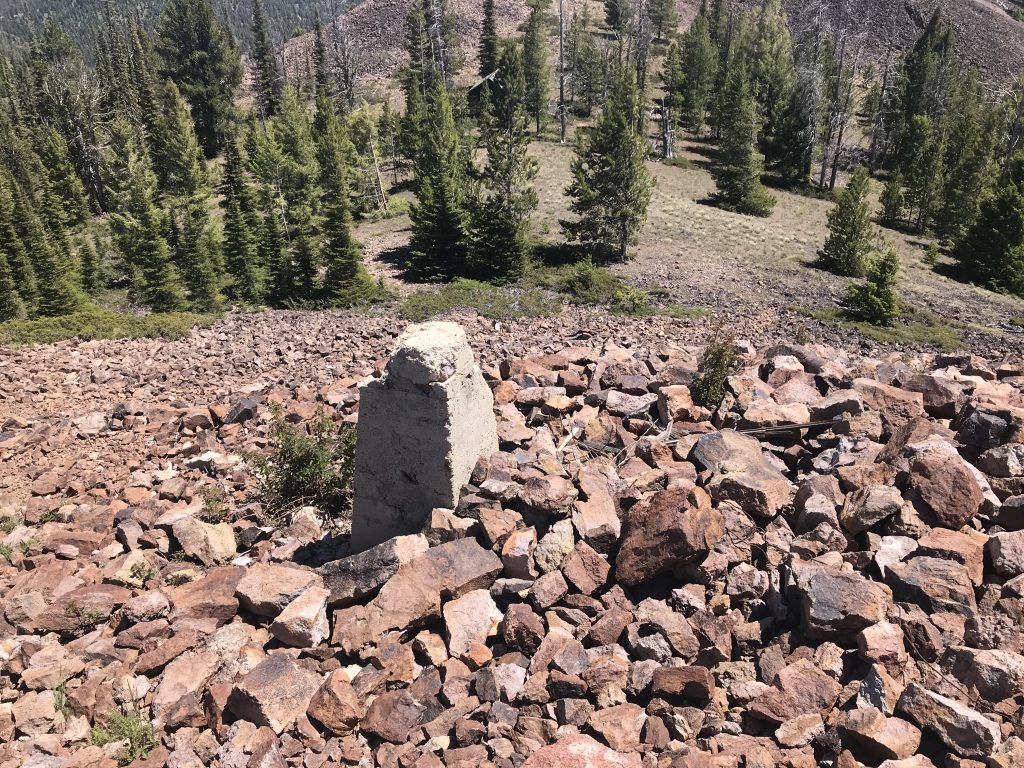 This concrete is all that remains of the lookout. 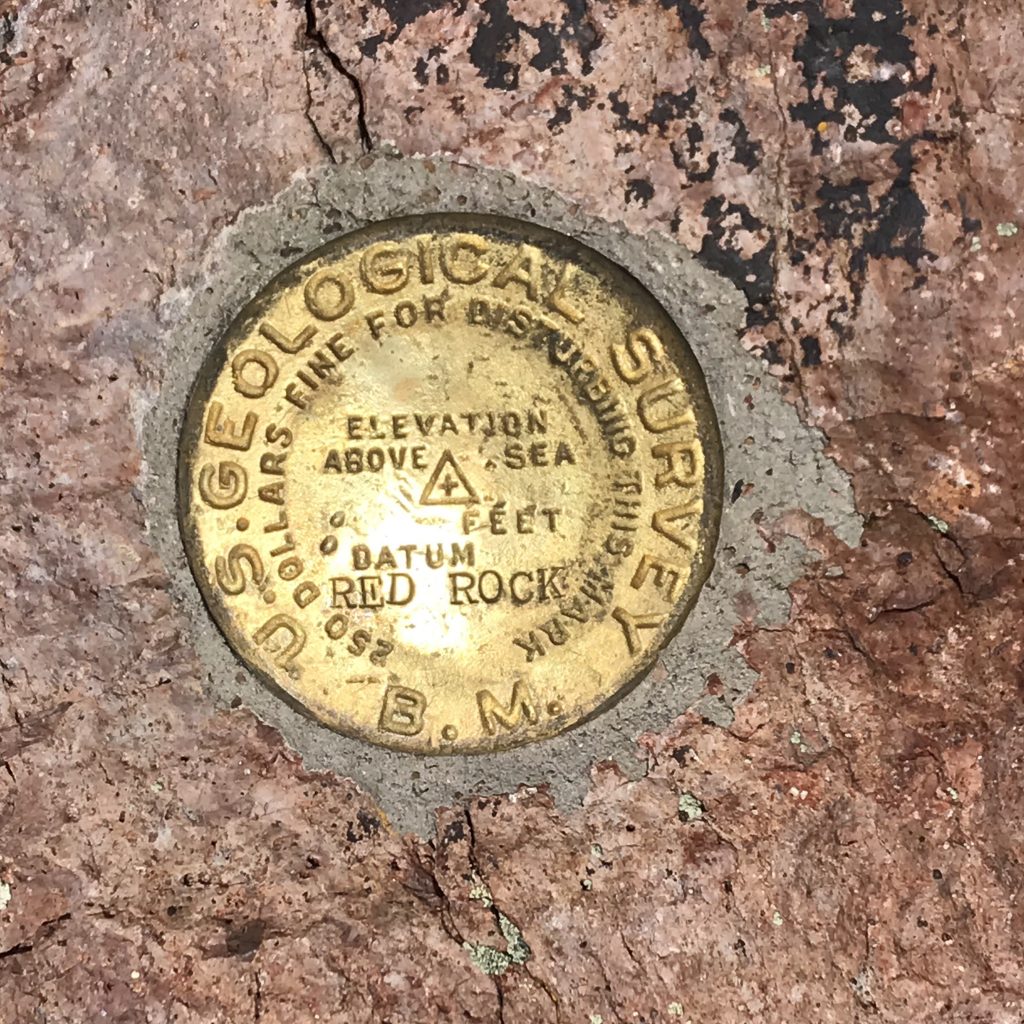 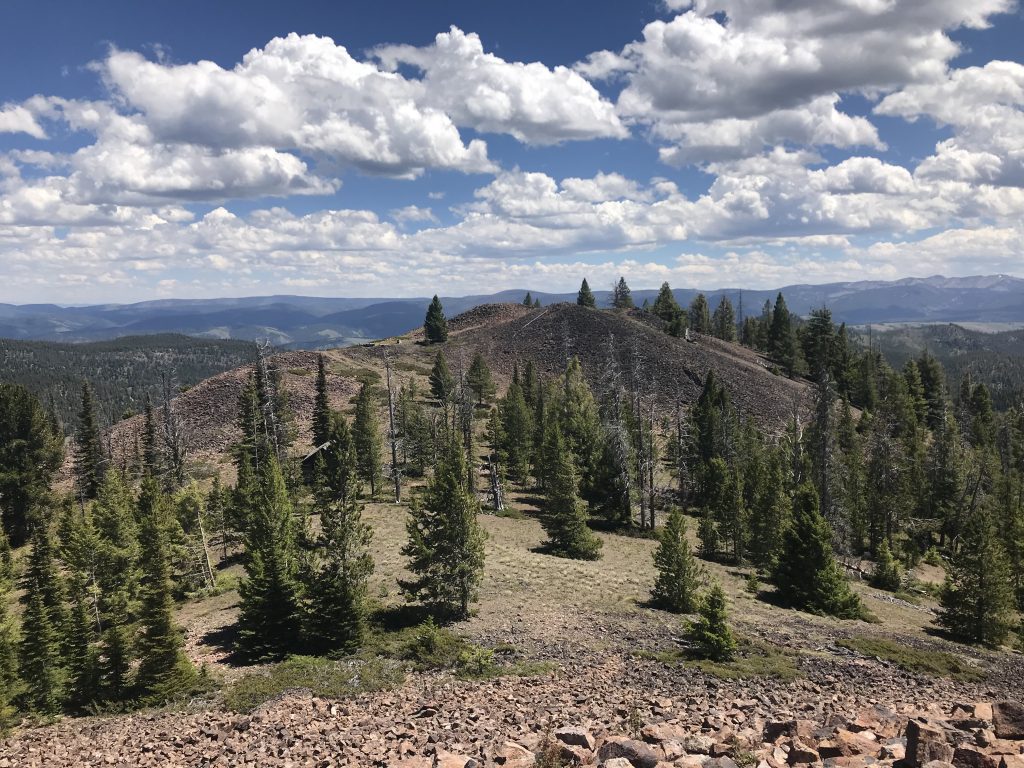 Looking down from the lookout site to the saddle.