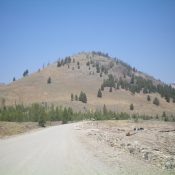 Rookie Point towers over the junction of Yankee Fork Road and Loon Creek Road and is just north of the Bonanza townsite. It has a beautiful south face with the Bonanza Guard Station at its base. While there is an old 2-track road in a gully on its west side, it does not go to the summit as the USGS topo map indicates. USGS Custer 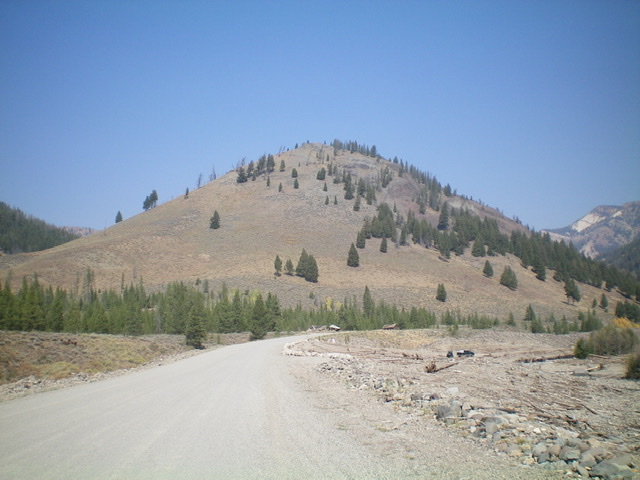 From ID-75 at Sunbeam, drive north up Yankee Fork Road/FSR-013 for 7.7 miles to reach a signed junction with West Fork Road/FSR-074 at the south end of the Bonanza townsite. Turn left/west onto FSR-074 and drive 0.1 miles to the Bonanza Guard Station. Park in a pullout along the road here (6,430 feet).

From the Bonanza Guard Station, hike briefly northwest up a 2-track road. Leave the road and bushwhack north up a sagebrush shoulder/ridge with a few scattered trees on it. The slope steepens higher up and the underlying gravel is loose. The ridge gains definition and even has a few rocky outcrops to navigate high up. The south ridge leads directly to the open summit. The summit of Rookie Point is on a ridge crest and has a small cairn. The terrain is sagebrush all the way to the top with no talus/scree slopes to contend with. 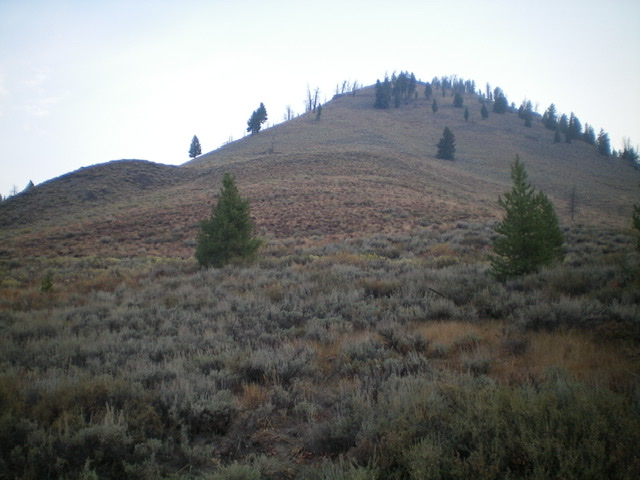 Looking up the south ridge of Rookie Point from the Bonanza Guard Station. Livingston Douglas Photo 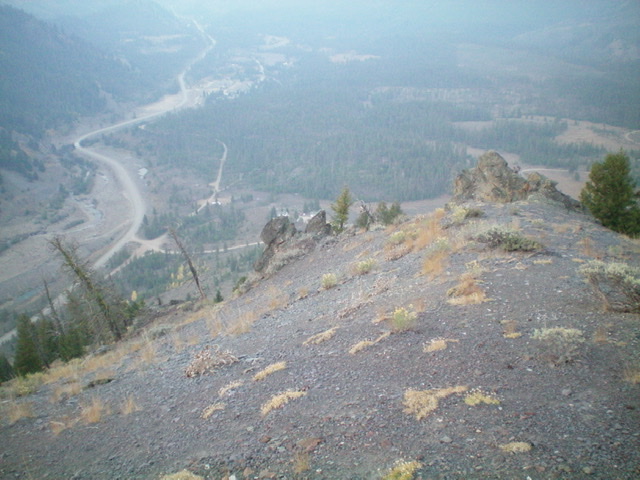 Looking down the south ridge to the Yankee Fork Valley from just below the summit. Livingston Douglas Photo 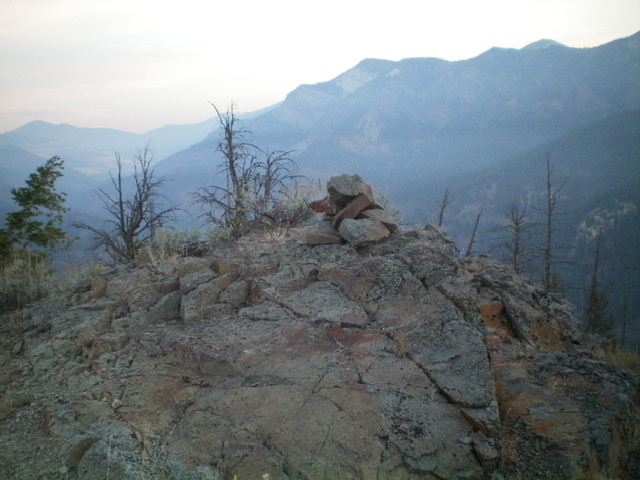