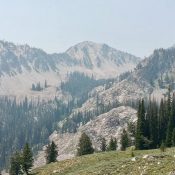 Climbing and access information for this peak is on Page 151 of the book. Jared Empey provided the update below. Updated July 2021

This is a great peak. Peaks don’t have to reach 10,000 feet to be good climbing objectives. USGS Ross Peak 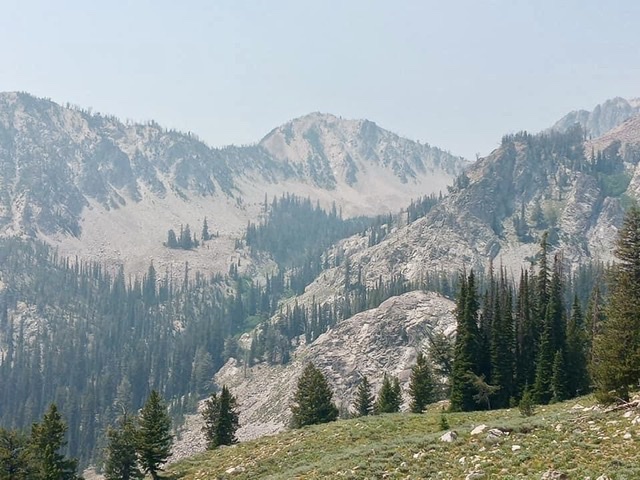 Last year (2020) we drove my truck down FSR-080 nearly to the junction with Goat Creek, but the narrowness and ruggedness of the road made me rethink that this time. (I doubt a tow truck would be willing to get up in there.) So, we set out for the end of Bear Creek, 5.6 miles away from the Bear Creek initial crossing. Upon reaching the end of road, we took connector trail FST-197 that winds through switchbacks and some of the largest and most beautiful wild flower meadows I have seen to the top of the ridge.

Now, ridge life begins! First comes Peak 9580′ which is class 2 which resembles Hyndman Peak in terrain. Then, on the north side, there is a tame class 3 move and a ~300′ decline.

Next comes the most difficult section. The climb starts as class 2 but gets as spicy as class 3 with exposure over an unavoidable slippery knife-edge tower. I don’t think I have ever heard my son breathe so hard, but it was fun seeing him conquer his fears! Then, the rocky ridge continues over two more tame false summits. The summit is marked with a wooden marker and contains a register but we could not open it. From the summit, the views were amazing of Gunsight Peak, Two Point, North Two Point, and Newman Peak. On a clear day the Sawtooths would also be visible.

After gaining the summit, we descended the summit down to majestic Goat Lake and rested along the serene shores in solitude. Soon, the horse flies compelled us to continue on and we rejoined the very rugged road 828 via trail 189. Then, we made the long ~4.5 mile walk out to the truck.

In all it was a great day with rugged alpine terrain and great company. In the words of Tom Lopez: “This is a great peak. Peaks don’t have to reach 10,000 feet to be good climbing destinations.”

As a side note if the peak’s summit is the only objective, there are definitely two other easier routes: (1) From Goat Lake, follow the inlet and then gain the ridge for an easy ascent.  (2) Go to the end of Road 080 (Bear Creek), ascend the ridge via trail 197, drop down to the Idaho Centennial Trail and follow it until reaching the ridge at about 9200′, turn east and ascend to the summit.

Stats: 20.8 miles and 3500′ of ascent, although with all of the undulation it could be much higher. 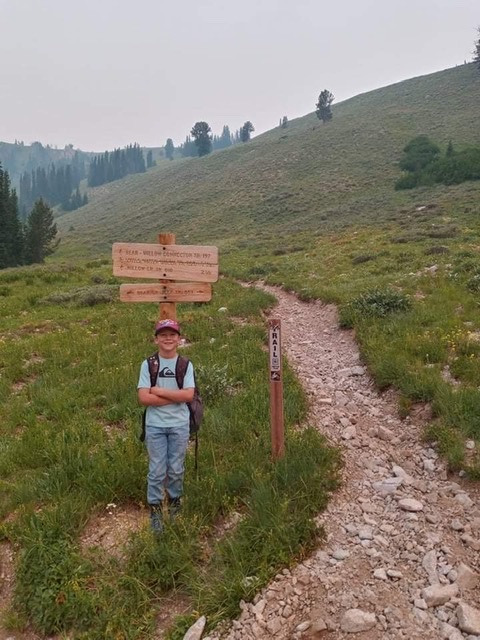 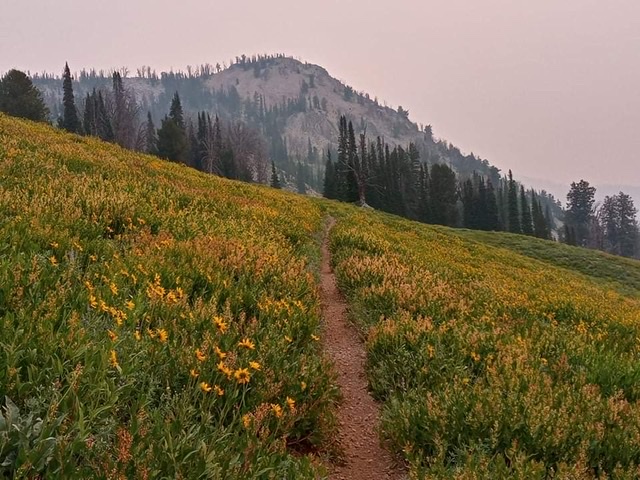 Ascent up trail 197 withpeak 9580 in the background. Jared Empey Photo 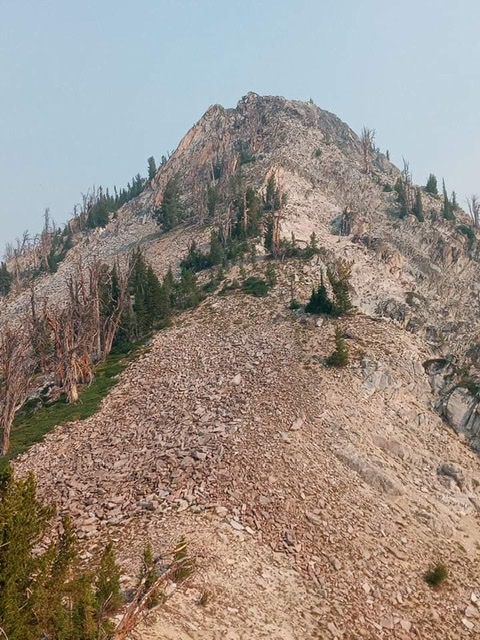 At the base of the class 3 ridge. Jared Empey Photo 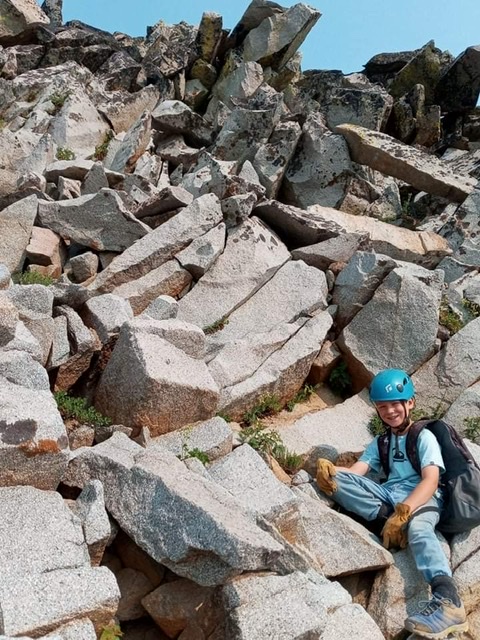 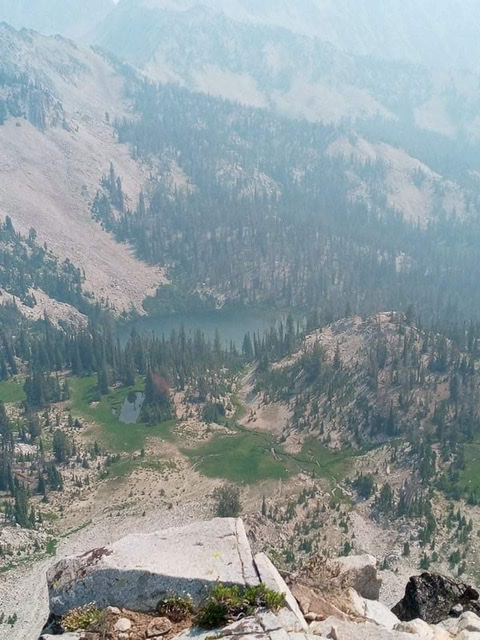 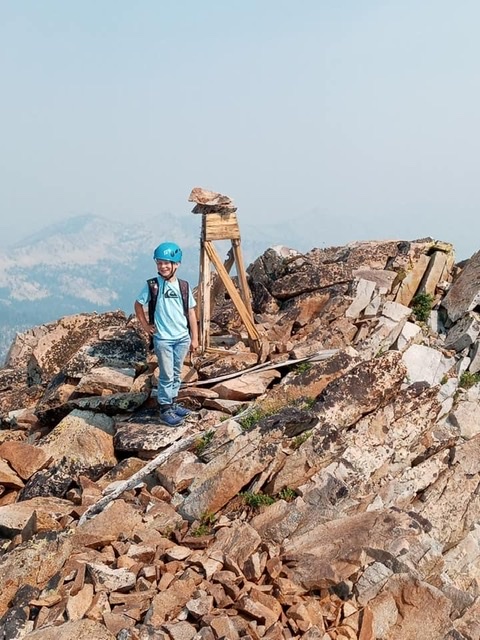