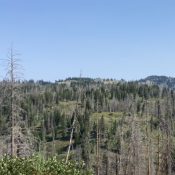 This peak is not in the book. Published August 2021

Scotch Benchmark is located at the north end of the Trinity Mountains. It is the highest point between the peaks surrounding the Trinity Lakes and Steel Mountain. USGS Little Trinity Lake 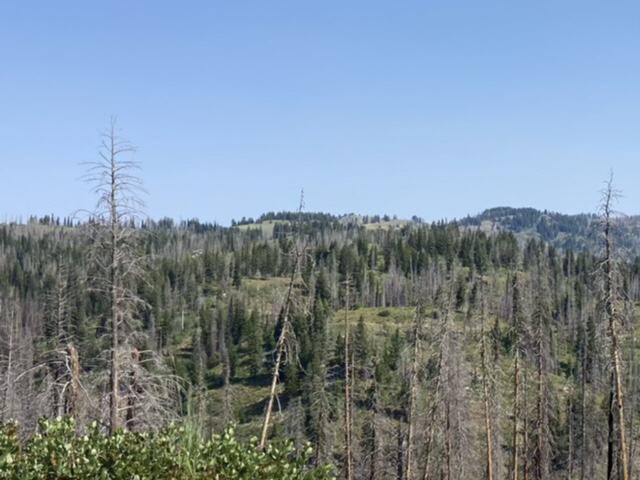 Scotch Benchmark as viewed from FSR-172

Primary access is from Featherville. At the south end of Featherville, turn onto FSR-172 which is signed for Trinity Lakes. Follow FSR-172 for 15 miles to its junction with FSR-129/Trinity Ridge Road. Turn right/north onto FSR-129. In 3.2 miles, FSR-129 crosses a saddle on the northwest side of Scotch Benchmark. Park here. These roads do get regular maintenance and I have spotted passengers cars on them. Nevertheless, the quality and steepness vary and they can be quite rough in places. A high-clearance vehicle with all-terrain tires is recommended.

From the saddle, it is roughly 1,500 feet to the summit. Walk southwest through the trees a short distance to reach the open, grassy slopes that lead to the summit. The open summit has a magnificent 360-degree view. 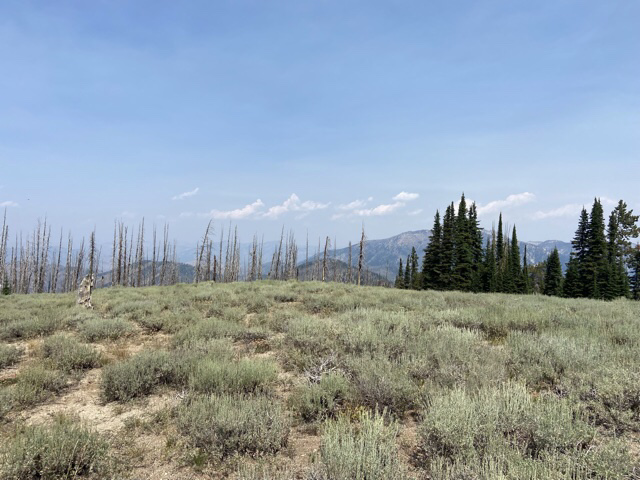 The summit area of Scotch Benchmark. I could not find the benchmark.