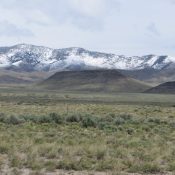 This peak is not in the book. This page was written with contributions by Margo Mandella and Livingston Douglas. Updated December 2019

Scott Butte is an attractive, flat-topped geologic feature located at the base of the Beaverhead Mountains. The peak is situated close to ID-28 at the south end of the Birch Creek Valley. Scott Butte is most easily climbed from its north, south, and east sides. However, if you stay off rocky outcrops, your route should be a short Class 2 scramble from any direction. USGS Scott Butte 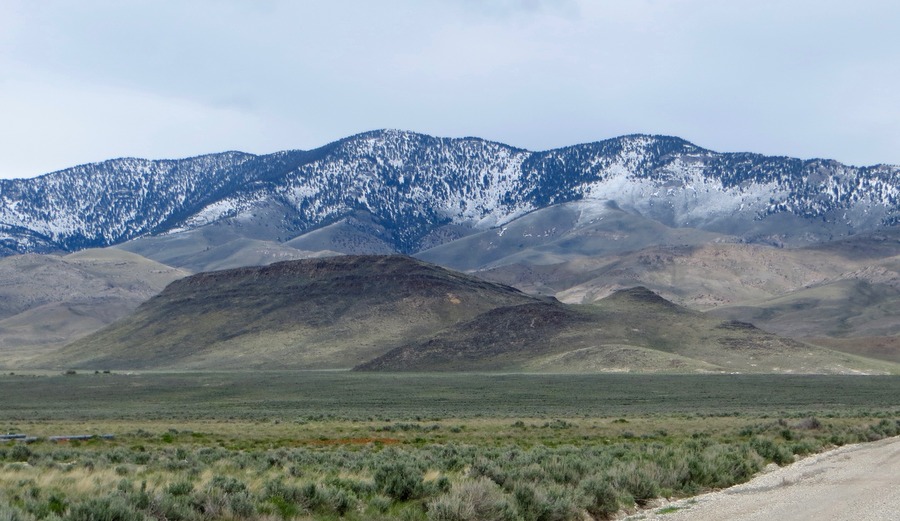 From the improvised parking spot, scramble directly west up a slope of desert scrub to reach the flat summit plateau of Scott Butte. To reach the summit plateau, you must climb up a minor headwall of large boulders with thick vegetation mixed in (Class 3). You can skirt these boulders if you move to the right/north and keep the difficulty at Class 2. 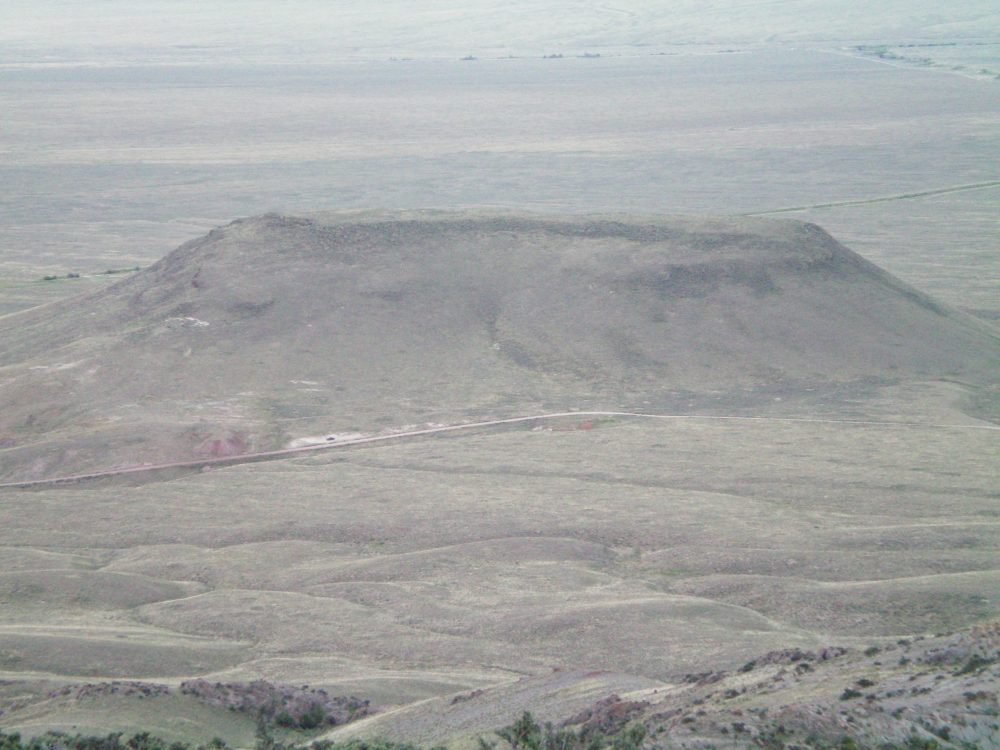 The east face of Scott Butte as viewed from the summit of Peak 6934. Livingston Douglas Photo

The flat-topped butte is massive and is covered with short, clumpy field grass and broken scree. I built a small cairn on top with the few loose rocks that I could muster up. 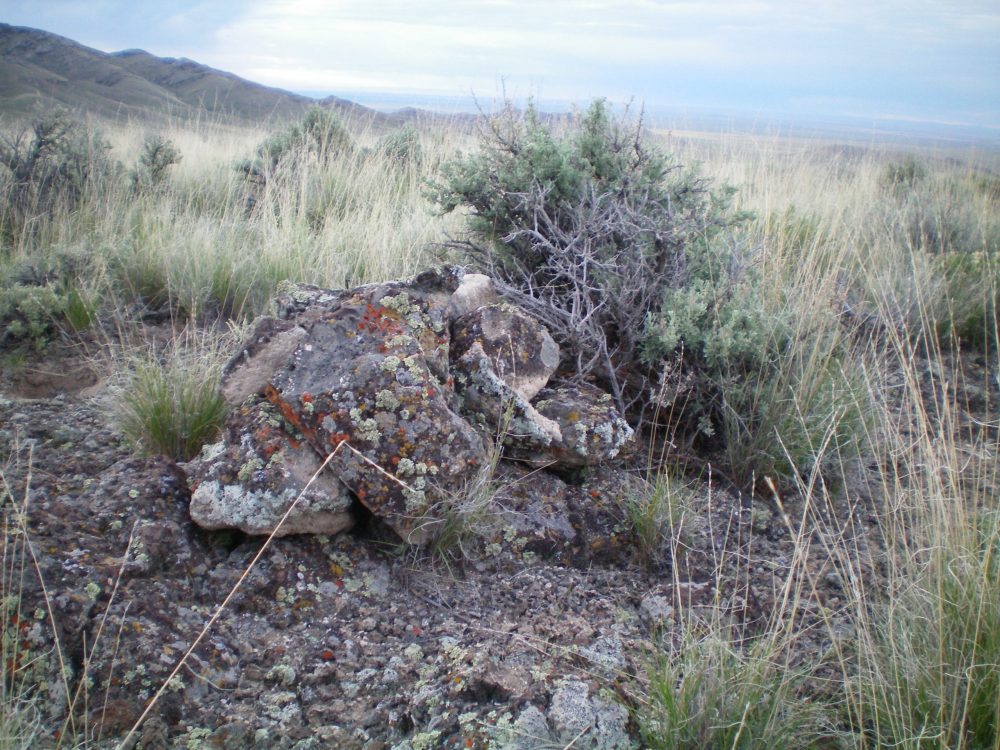 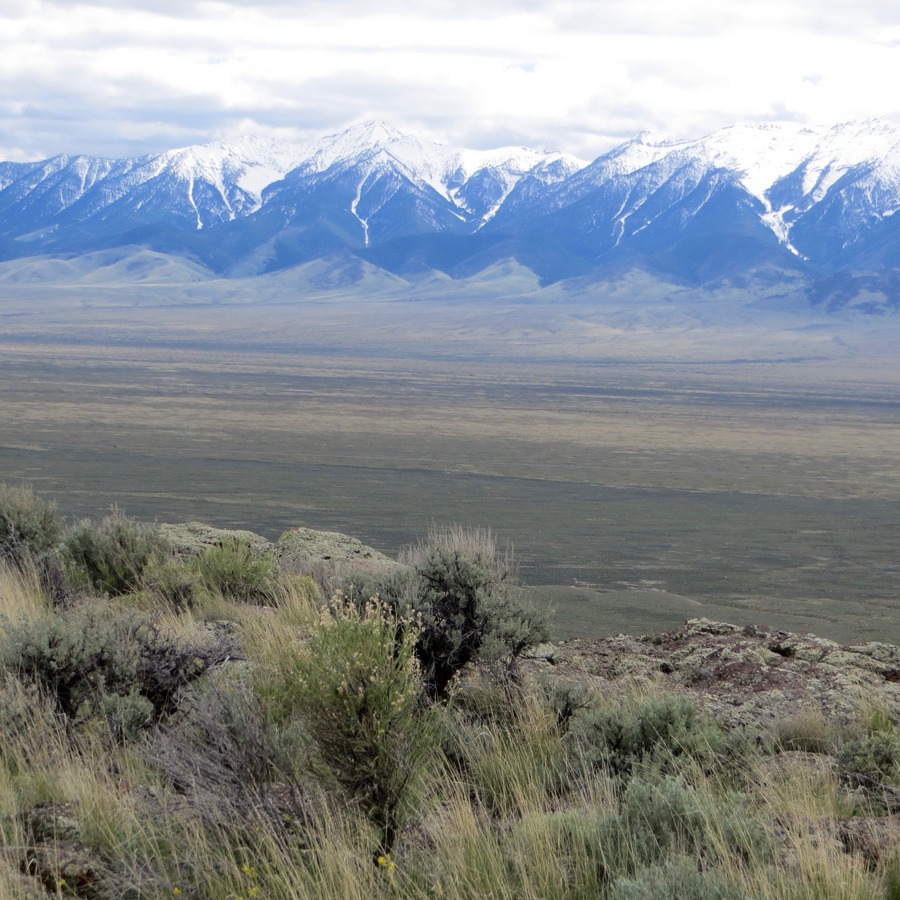 Even with its modest prominence, the Scott Butte summit views of the Birch Creek Valley, Lemhi Mountain Range, and surrounding Beaverhead Peaks are outstanding. Saddle Mountain is in the cloudy distance. Steve Mandella Photo