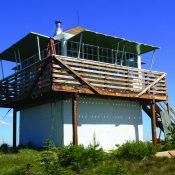 Scurvy Mountain is a fire lookout site in the Clearwater National Forest with 1,951 feet of prominence. The mountain is located between Kelly Creek and Cayuse Creek and was used as a lookout as early as 1917. USGS Scurvy Mountain

The Forest Service states the following about the lookout: “Sixty-one miles northeast of Pierce, Idaho, a basic platform tower was built atop this mountain peak in 1917 with the addition of living quarters in the 1920s, and was refurbished in 1952. The Forest Service continued to use the lookout on emergency basis into the 1970s.”

From the “Hiking from Here” link: Drive the 250 Road up the North Fork Clearwater River to Kelly Forks, then stay straight along Kelly Creek on the 255 Road. Turn right at the old Kelly Work Center on the 581 Road. Drive 4.3 miles past the bridge over Kelly Creek to East Saddle. The trailhead is clearly marked on the right.

Use the “Hiking from Here” link below for additional information from a recent trip report. Class 1 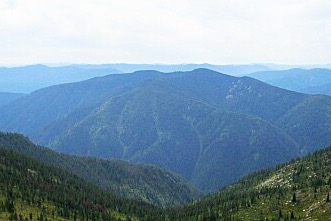 The following historical information is from the Nez Perce Clearwater National Forest:

This platform lookout tower on Scurvy Mountain, North Fork Ranger District was built in 1917. The platform was used to record lightning strikes during storms. If you look closely, you can see the map board positioned on top of a log segment in the center of the platform. The map board was used to locate smokes that the person staffing the tower discovered.

The lookout likely lived in a tent nearby until 1923 when cabin living quarters were built. Later in 1935, an L-4 lookout was constructed. The present 10′ concrete block foundation with an L-4 cab was built in 1952. The lookout is located 6 miles ESE of Kelly Creek Ranger Station. 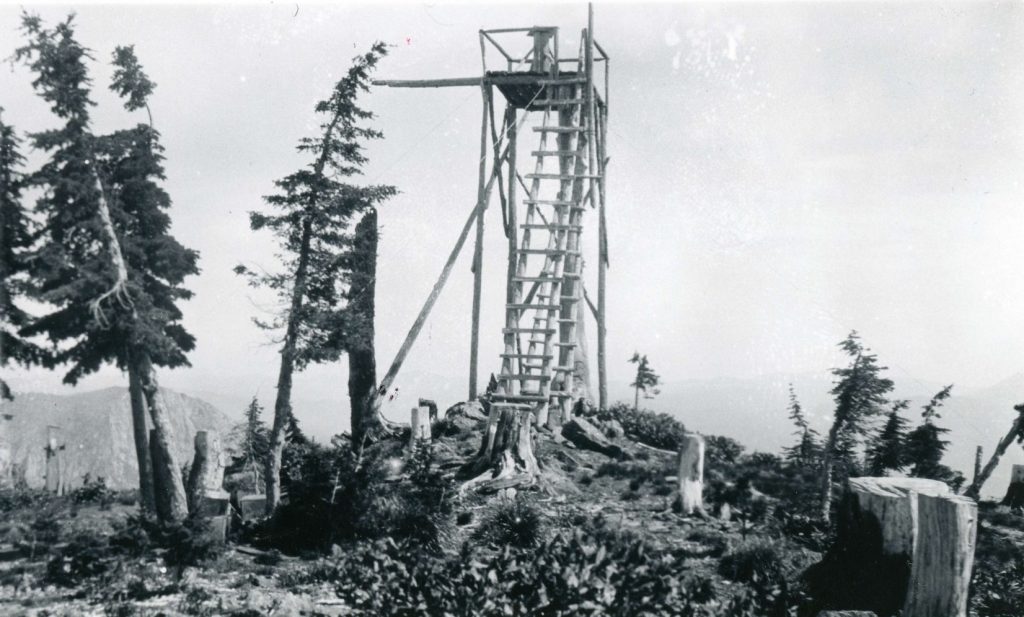