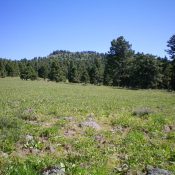 Signal Peak is located just west of Lone Pine Pass in the Western Centennials. It is most easily accessed via FSR-477 and FST-175 to Lone Pine Pass (7,940 feet). A short scramble up the east ridge gets you to the top from Lone Pine Pass. USGS Lookout Point 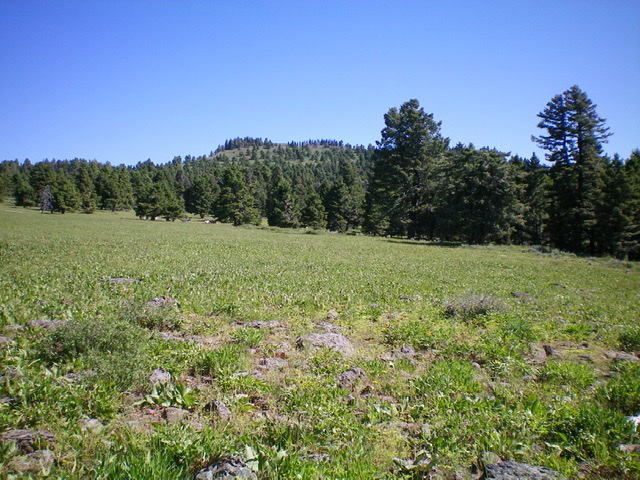 Signal Peak as viewed from the large, open meadow on its south side. Livingston Douglas Photo

From Exit 180/Spencer on I-15, drive east a short distance to the frontage road on the east side of I-15. Turn left/south and drive 1/8 mile to a junction. Go left/east onto [unsigned] Threemile Creek Road/FSR-021. Reset your odometer here. Follow FSR-021 across the railroad tracks and continue for 2.5 miles to the National Forest boundary. At 5.2 miles, reach a junction with FSR-477 (left turn). Go left onto FSR-477 and drive 1.0 miles up the road and park alongside the road (7,000 feet). If your vehicle and road conditions allow, drive another 2.3 miles up to the junction with FST-175 (an ATV trail/road) and park there (7,864 feet).

Looking at the most recent Caribou-Targhee/Dubois Ranger District National Forest Map (2010), I figured that this hike would be a road hike all the way to the summit. Just follow FSR-477 all the way to the top. But such is NOT the case. The USGS topo map shows no road going to the top, just an old road heading west along the peak’s south side. The truth is that FSR-477 ends about ¼ mile west of its [signed] junction with FST-175 (an ATV trail/road) at a gated road closure.

Beyond that, the road is a weak, overgrown 2-track and disappears entirely soon after that. I can only conclude that the upper reaches of FSR-477 have been closed for DECADES and that is why you cannot even find remnants of the road to hike on anymore. So don’t bother looking for it. I did find a few remnants up near the summit, but that was it. Shame on the Forest Service for still showing roads on their current maps that have not existed for many years because it messes up your hiking plan for the day.

Hike up FSR-477 to its signed junction with FST-175. Go west on FSR-477 for another ¼ mile to a gated road closure. Follow the weak, overgrown 2-track jeep road (still shown on the USGS topo map) until it simply disappears then bushwhack right/north through a mixed terrain of open meadows and patches of forest. After bushwhacking through an unpleasant section of pine forest that includes a lot of veg, brush, and blowdown, reach a magnificent open meadow that offers excellent visibility of the terrain ahead and the position of the peak. The veg is moderately thick/tall in this meadow but both cows and elk graze here.

Signal Peak is visible and dead ahead to the north from this meadow. Head north across the meadow then follow cattle trails through a patch of thick forest. Once through the forest, scramble directly up the slope mostly in open veg to reach the open summit area. The summit of Signal Peak has 2 USGS benchmarks and a repeater antenna installation but no summit cairn. The views from the summit are magnificent. 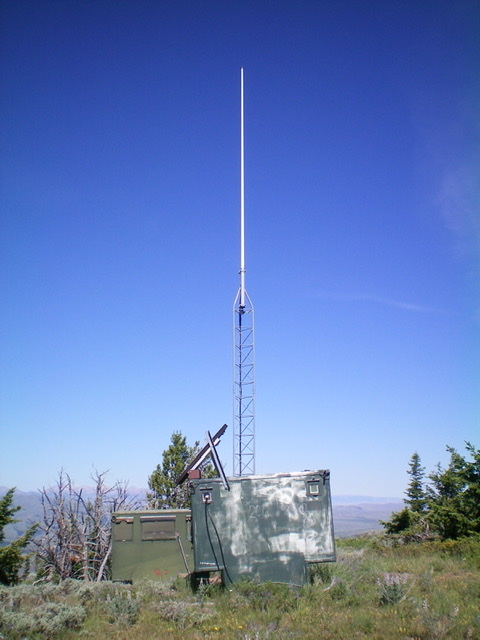 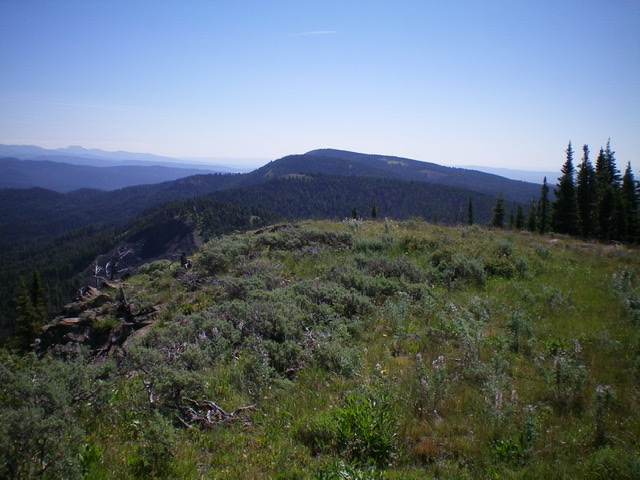 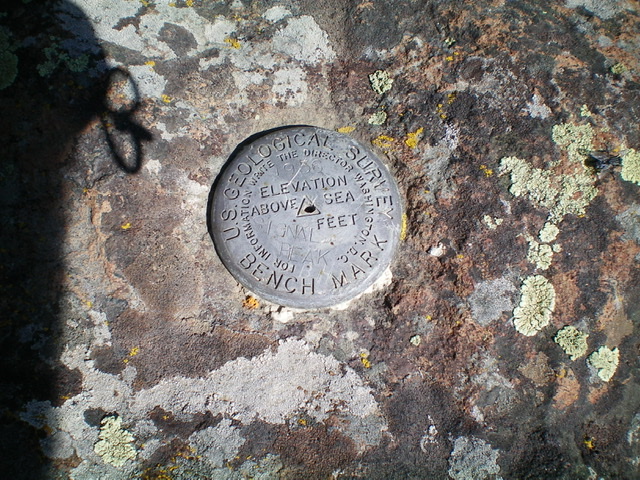 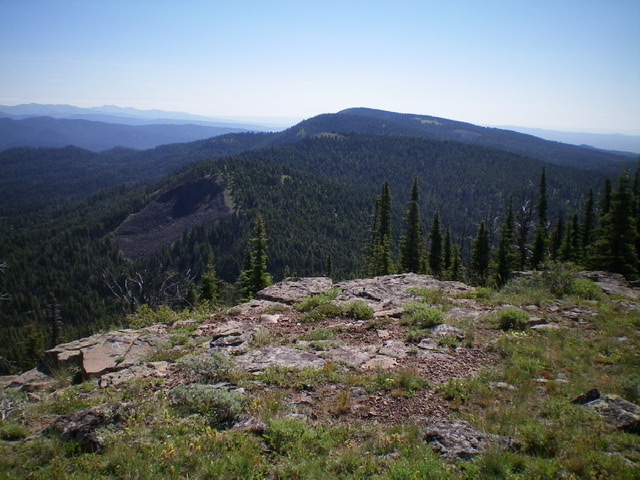 From the summit, descend the left/north edge of the southeast ridge through a thick pine forest. Stay close to the “open” ridge crest/edge on the left/north side. The ridge loses its definition as you descend and the bushwhacking becomes even more problematic. When you reach the lower forested area, there are cattle trails. The final descent to FST-175 (south of Lone Pine Pass) is on a good use trail currently used by MCs. Follow FST-175 south to FSR-477. Walk south down FSR-477 to your parked vehicle.