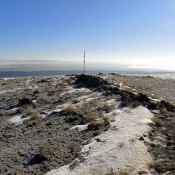 Sinker Butte is located south of the Snake River by Idaho Power’s Swan Falls Dam. While not a sharp, dominating summit, the peak is an excellent vantage point from which to view the impressive Snake River Canyon. Two routes are included below. The first route climbs to the top from Swan Falls Dam. The second route climbs the peak from the southeast. This is not a good peak to visit during fire season USGS Sinker Butte 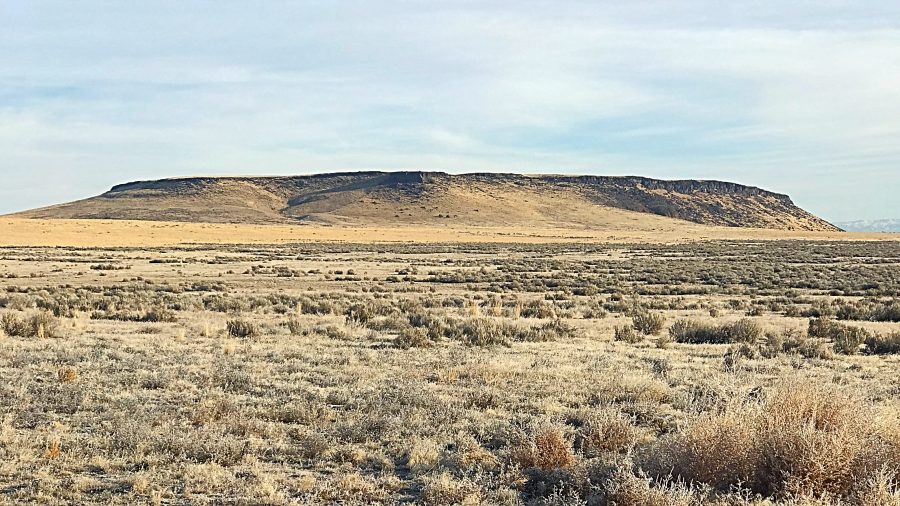 Sinker Butte as viewed from the southeast.

I parked at Swan Falls Dam. Rather than the long road hike described by the trip reports you linked, I decided to take a direct route (picture attached). I spotted a break in the cliffs and decided that I would explore it. It’s quite steep and easy Class 3, but there’s no real exposure, so it was pretty easy even with a dusting of snow. Even though it wasn’t too bad, I didn’t want to down-climb it, so I followed the road on the way down. 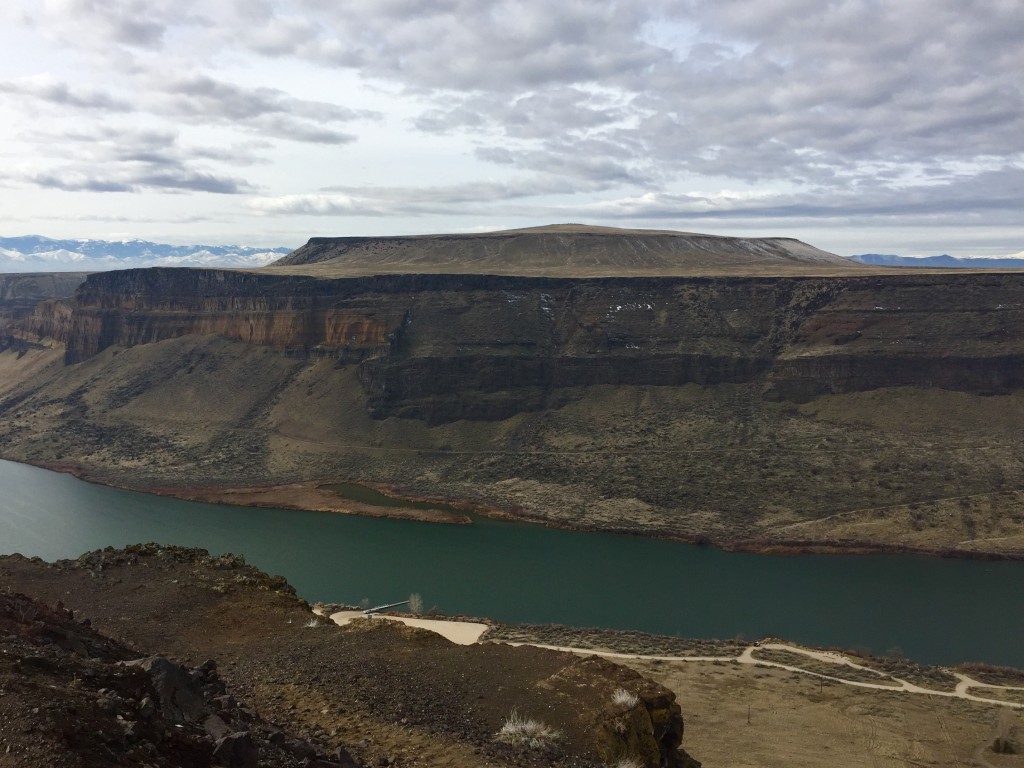 Sinker Butte as viewed from the north. Dan Krueger Photo 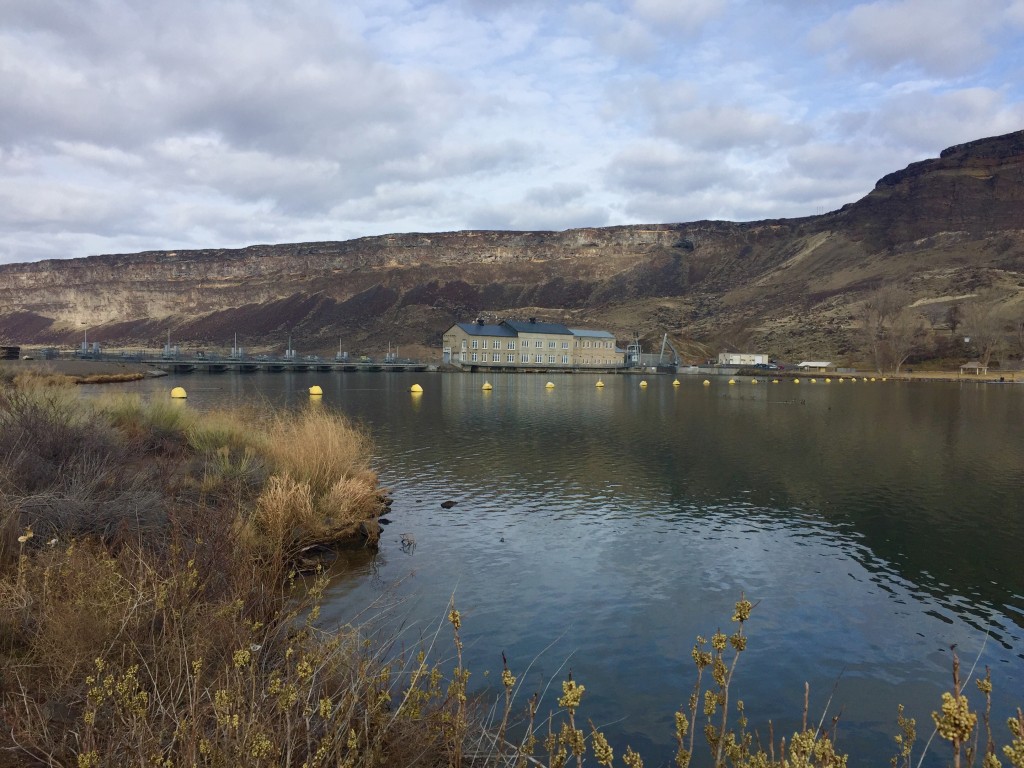 Looking back at Swan Falls Dam from near the beginning of the climb. Dan Krueger Photo 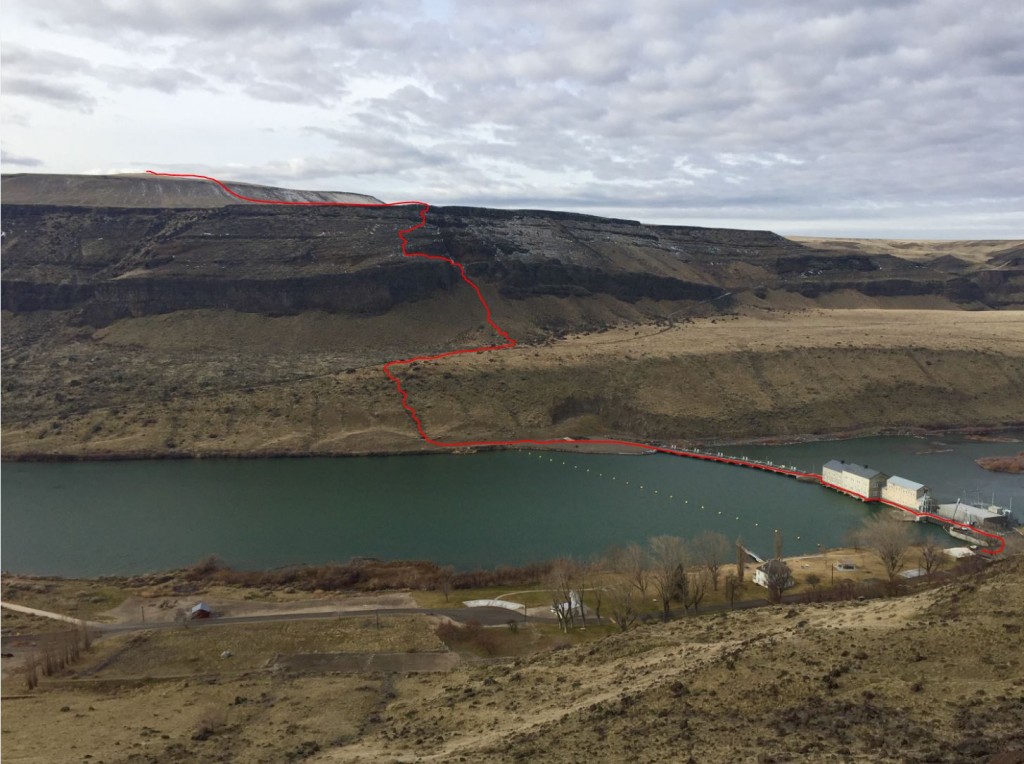 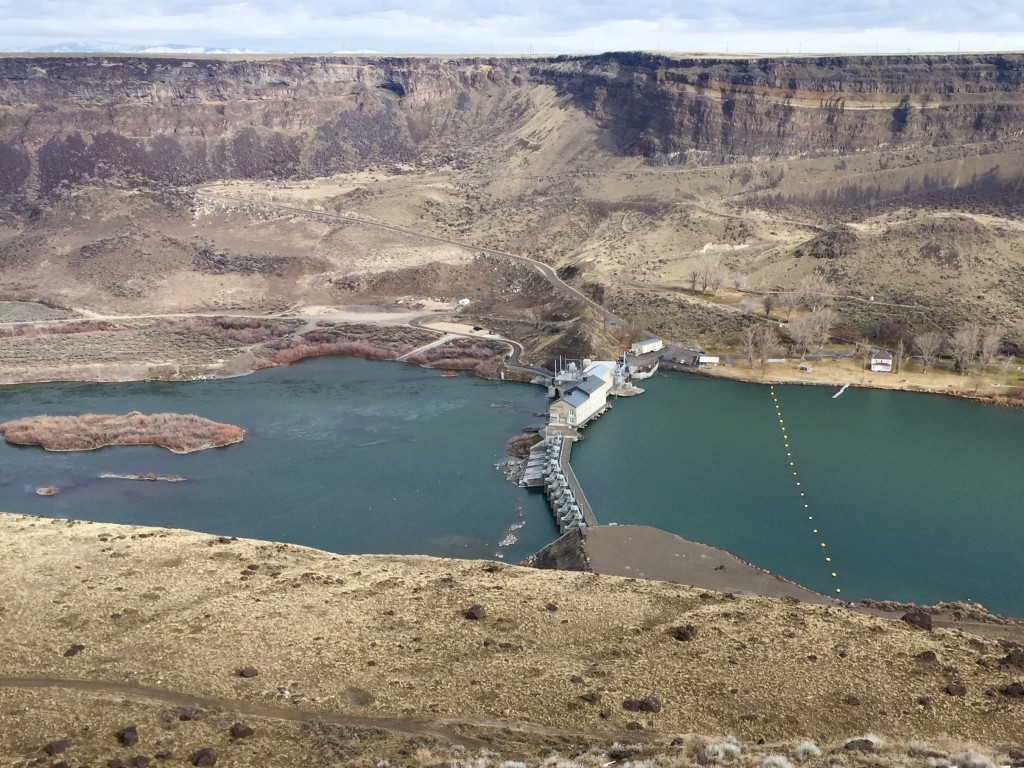 Looking back at the dam. Dan Krueger Photo 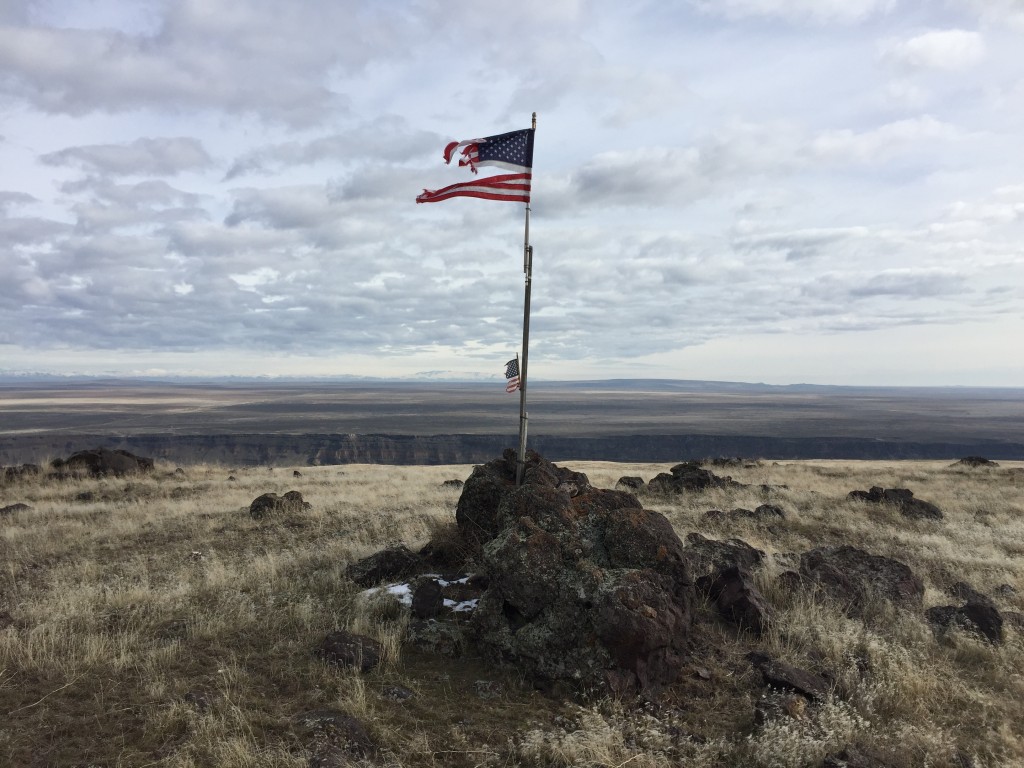 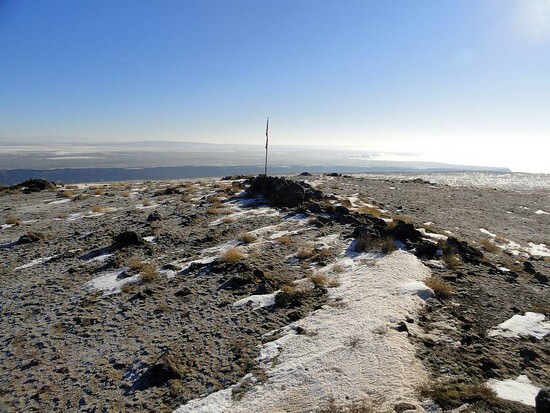 This route is best access from ID-78 via the paved Murphy Flat Road. Google Maps will get you to this road which is leaves ID-78 3.4 miles south southeast of Murphy, Idaho. Turn east and follow the road for 4.7 miles. Turn left/north and follow a good gravel road to a right turn just before a large solar panel installation. Follow this road east till it reaches a T-intersection with a lousy road. If you have a car, I recommend hiking from this point. If you have a 4WD, turn left, cross a canal and follow the road toward the butte. This road eventually becomes one of Idaho’s largest sand traps.

The Southeast Slopes are carved by a shallow gully. The easiest route to the summit plateau is to climb the slopes on the left side of the gully. These slopes are not capped by a cliff. One on top, head to the well-marked summit. From my starting point, it was 3.2 miles round trip with 339 feet of elevation gain. 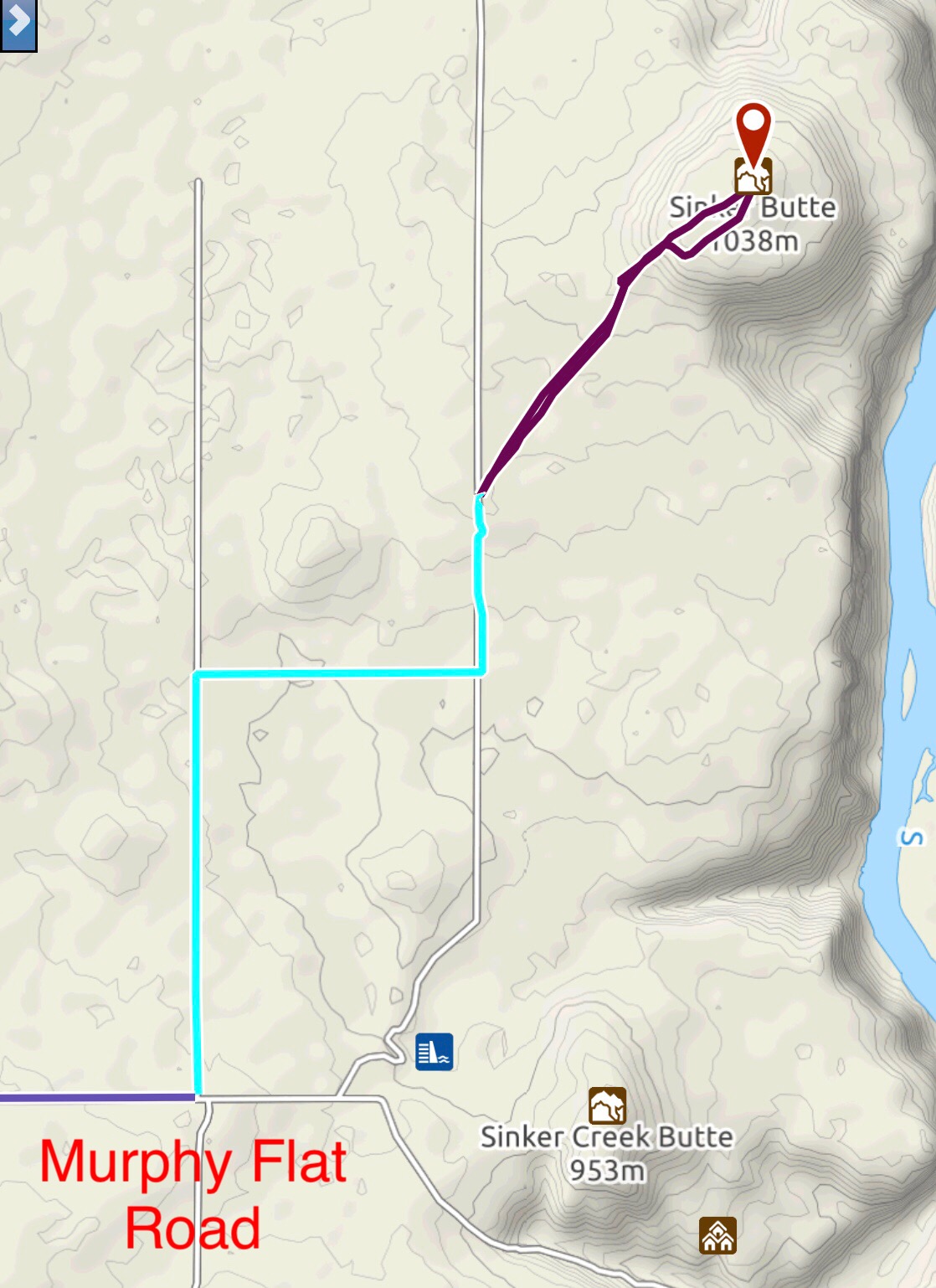 My GPS track. The light blue line is the driving route from Murphy Flat Road. The purple line is the hiking route.