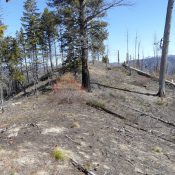 These peaks are not in the book. I have combined the 3 summits on Sixmile Ridge on this page. The coordinates and map below are centered on the summit of Sixmile Ridge which is the highest point on the ridge. 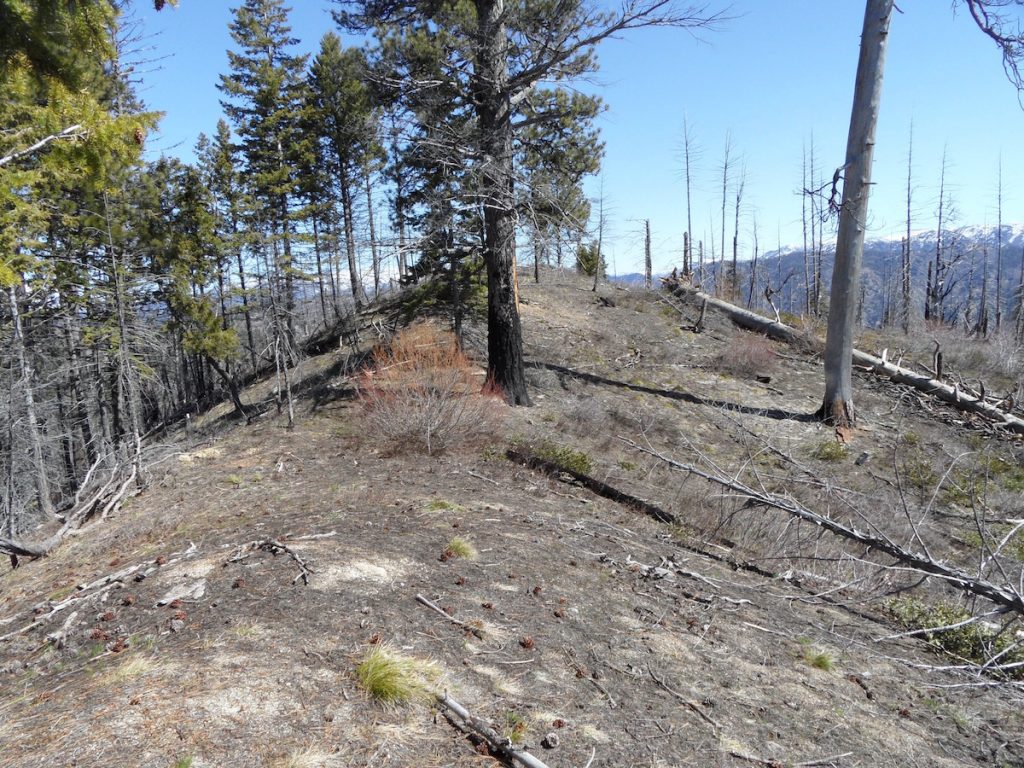 The Salmon River country is a land of deep canyons and long winding ridges. Many of the ridges either have or had hiking trails. Sixmile Ridge is typical of this magnificent terrain. Its elevation (5,895 feet) ensures that it will melt out by late April in most years. Access is available year-round via Warm Lake Highway and South Fork Road. 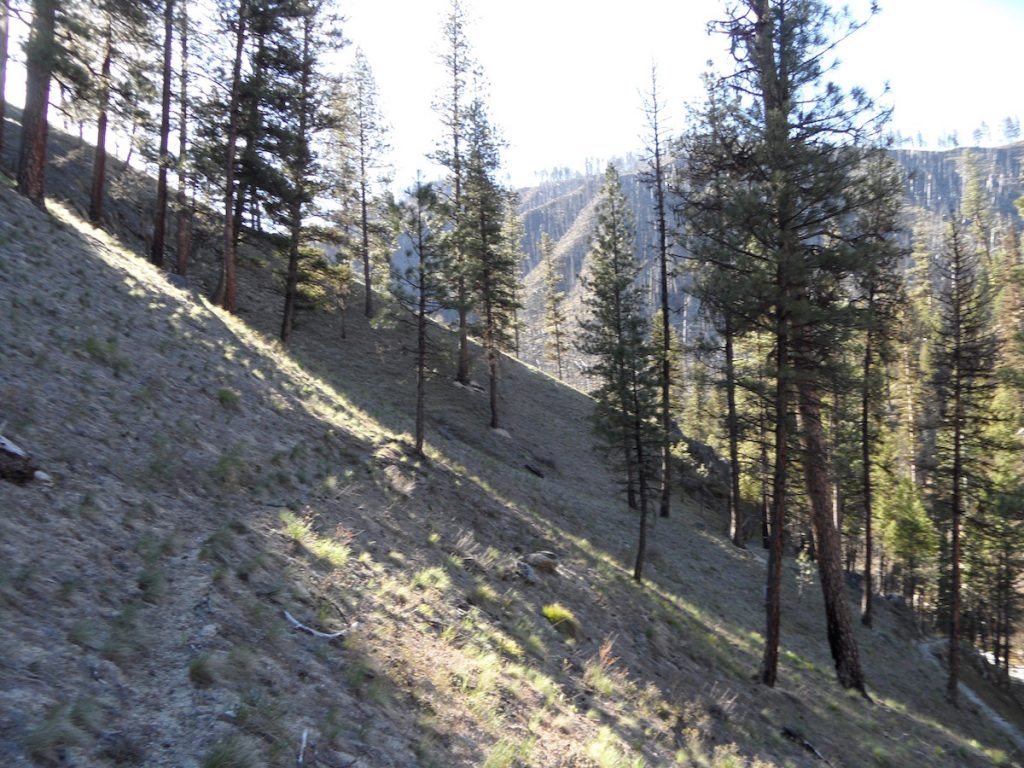 The typical terrain that you will encounter on many ridges in the Salmon River Mountains. John Platt Photo

Sixmile Ridge has a trail that is in fair condition. John Platt and Art Troutner followed the trail to Sixmile Ridge and Peak 5891 in April 2017. Use the link below to read John’s trip report. Class 1+ 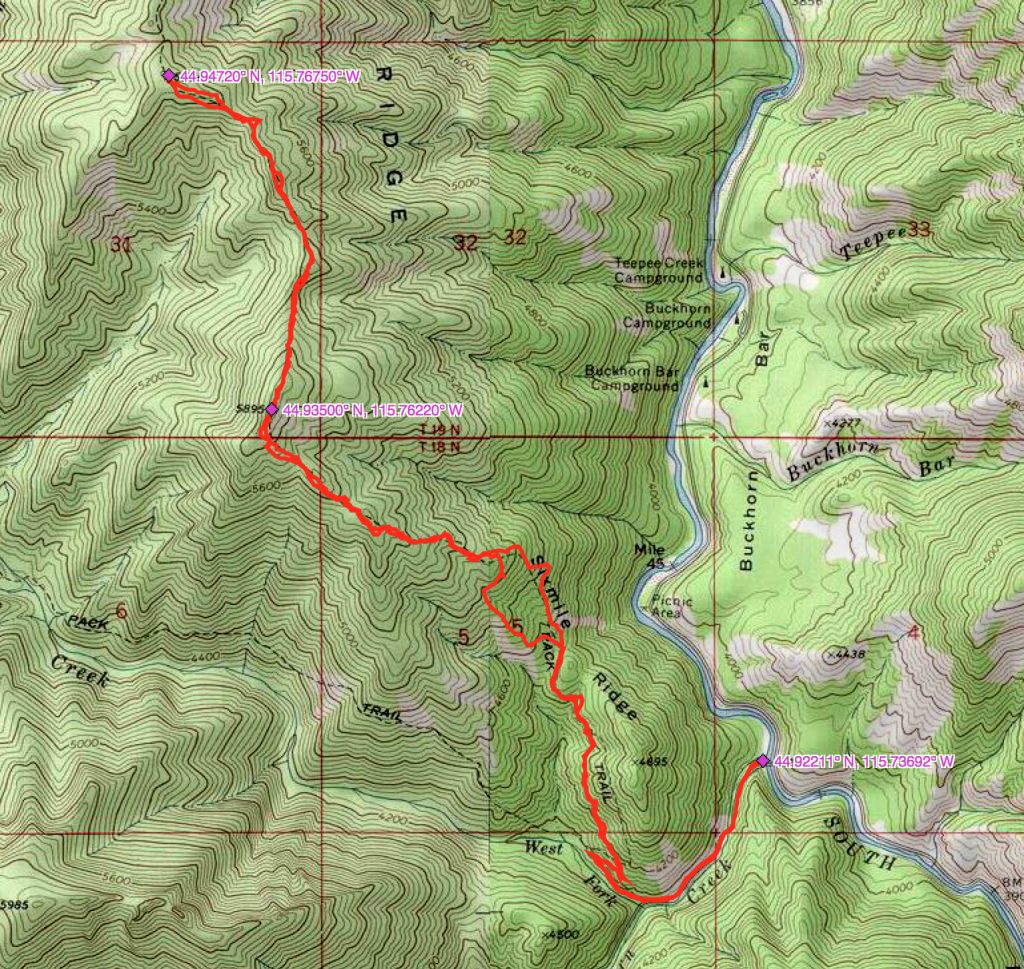