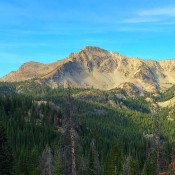 Climbing and access information for this peak is on Page 132 of the book.

Sleeping Deer Mountain is one of the giants of the central Frank Church River of No Return Wilderness. Despite its location deep inside the “Frank,” access by vehicle will take you within 2 miles of its summit. This fact is made possible because, before the wilderness was created, the Forest Service built a road that follows ridge tops to within 2 miles of the peak. USGS Sleeping Deer Mountain 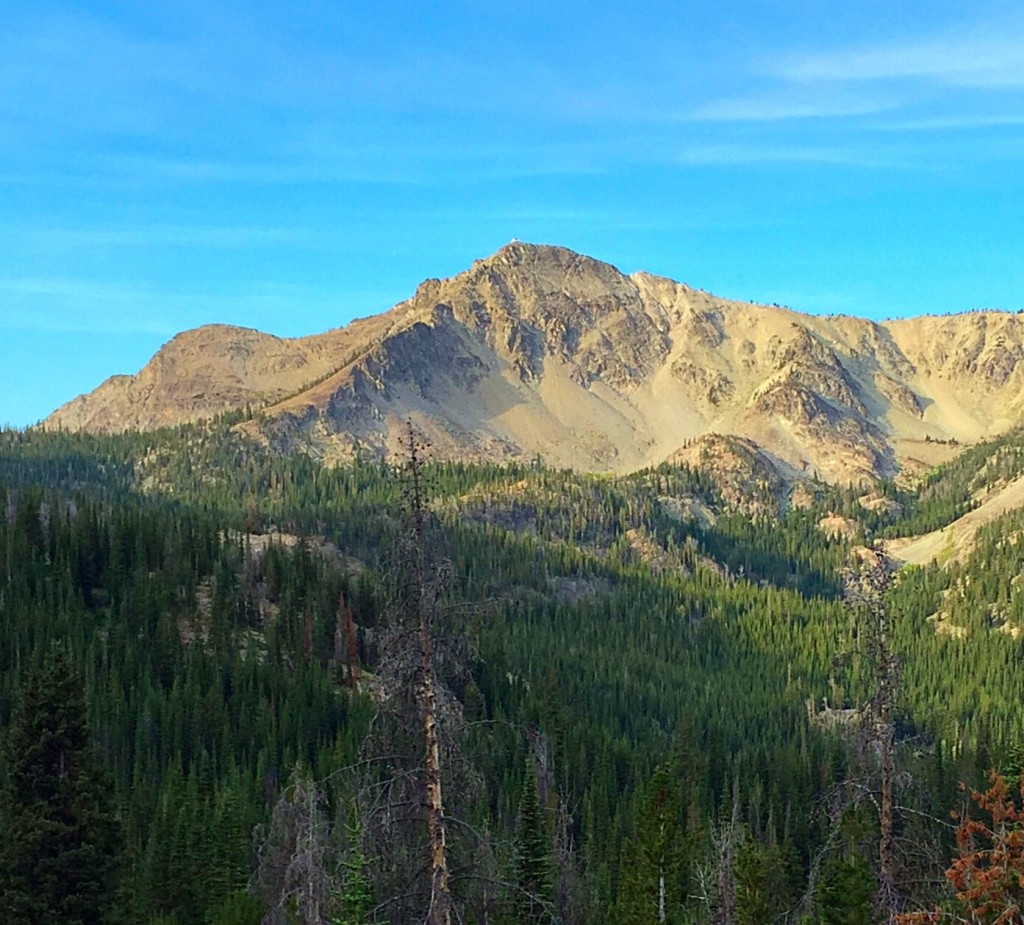 Sleeping Deer Mountain as viewed from the north.

The Sleeping Deer Road/FS-086, runs west from the saddle between the Twin Peaks for 22.0 miles. The road is surrounded by the Frank Church–River of No Return Wilderness for the entire distance. This area has suffered a lot of forest fire activity in the past and makes for some grand vistas. There are a few camping spots along the road but no water. The road is usually well graded but is narrow with few turnouts so you could end up having to back up a significant distance if you meet someone coming in the opposite direction.

The Sleeping Deer Road is a high-elevation dirt road and consequently opens late and closes early due to snow. Due to the numerous burns it traverses, I recommend taking a chainsaw because it’s likely that wind could blow trees down on the road at any time. The Sleeping Deer Mountain Trail begins at the end of the road. There is parking for 4-5 vehicles. The trail contours in a westerly direction around the ridge to a saddle on the peak’s East Side. From this saddle, a signed trail leads to the summit in just over a mile and a bit over 600 feet of elevation gain. The trail is poorly maintained but is easy to follow. The fire lookout is in poor shape and was not manned in 2015. 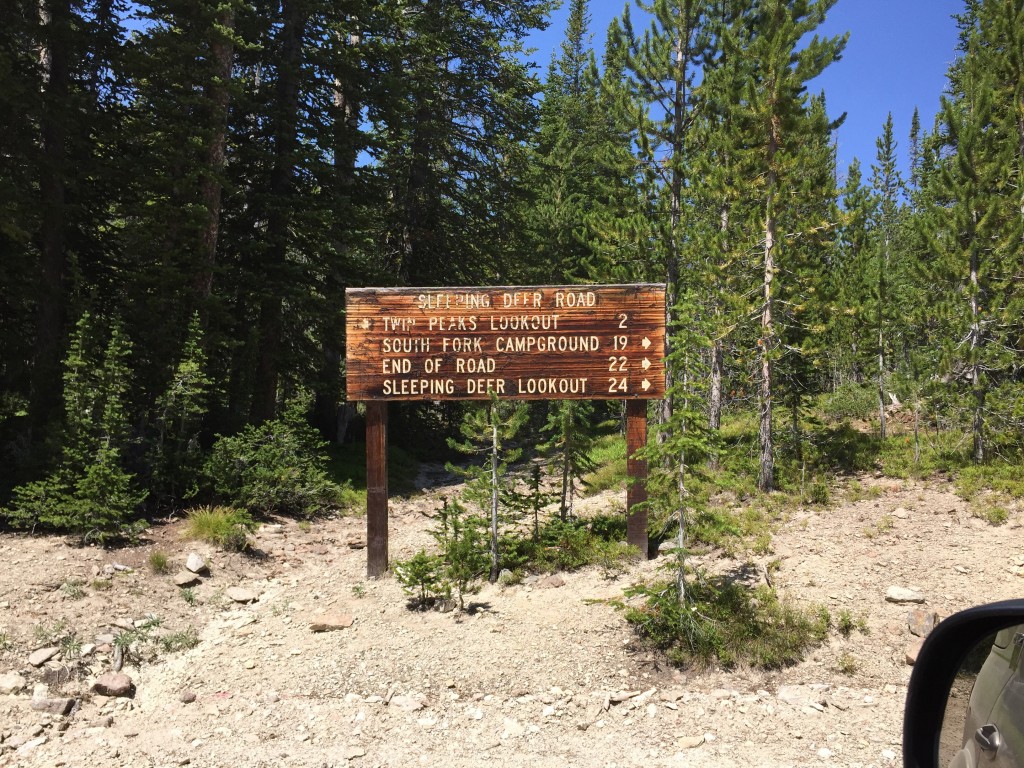 The sign at the junction where the road to South Twin Peak forks off the Sleeping Deer Mountain Road. 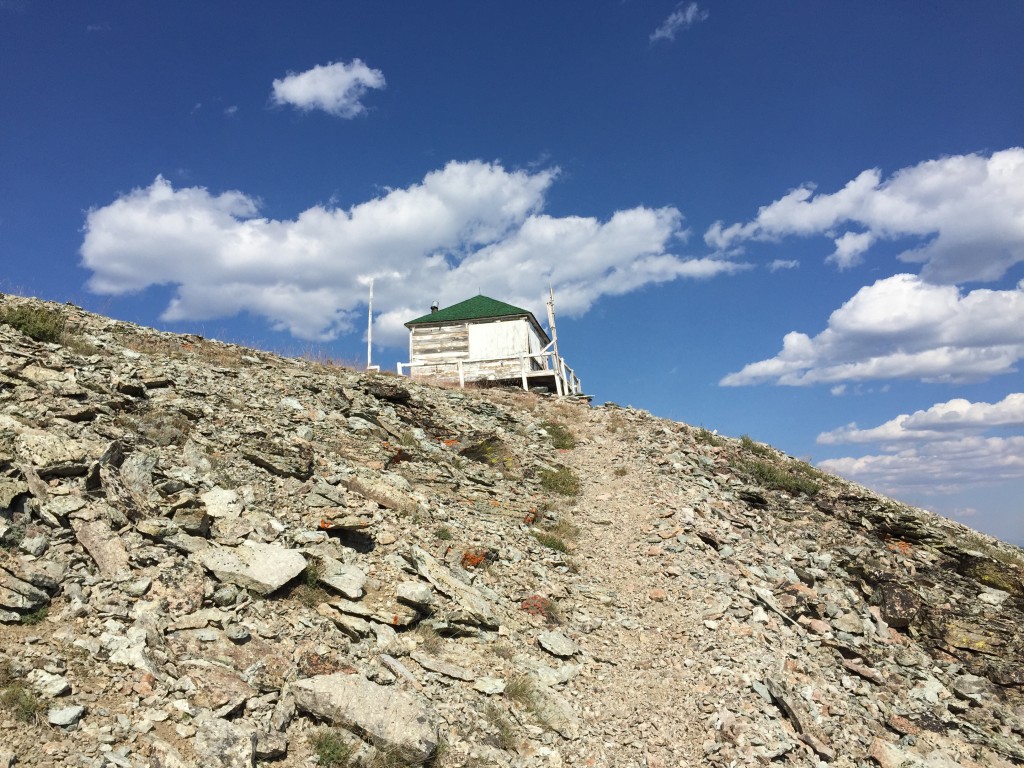 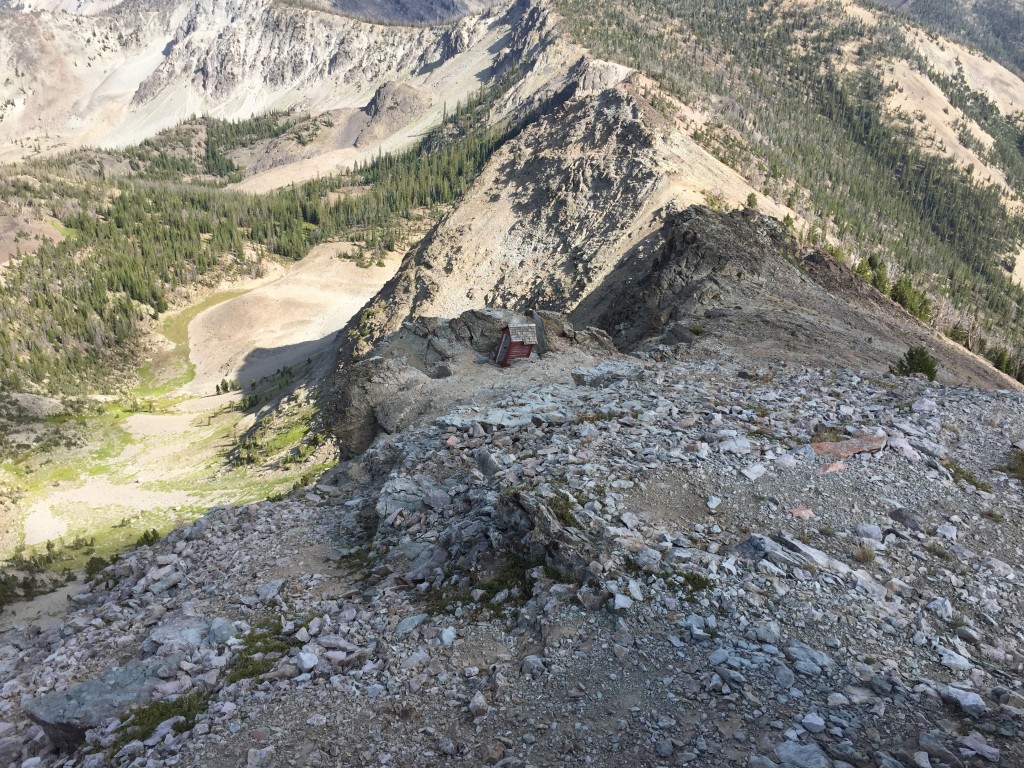 The East Ridge of Sleeping Deer Mountain. The trail climbs up the slope on the left side of this photo. 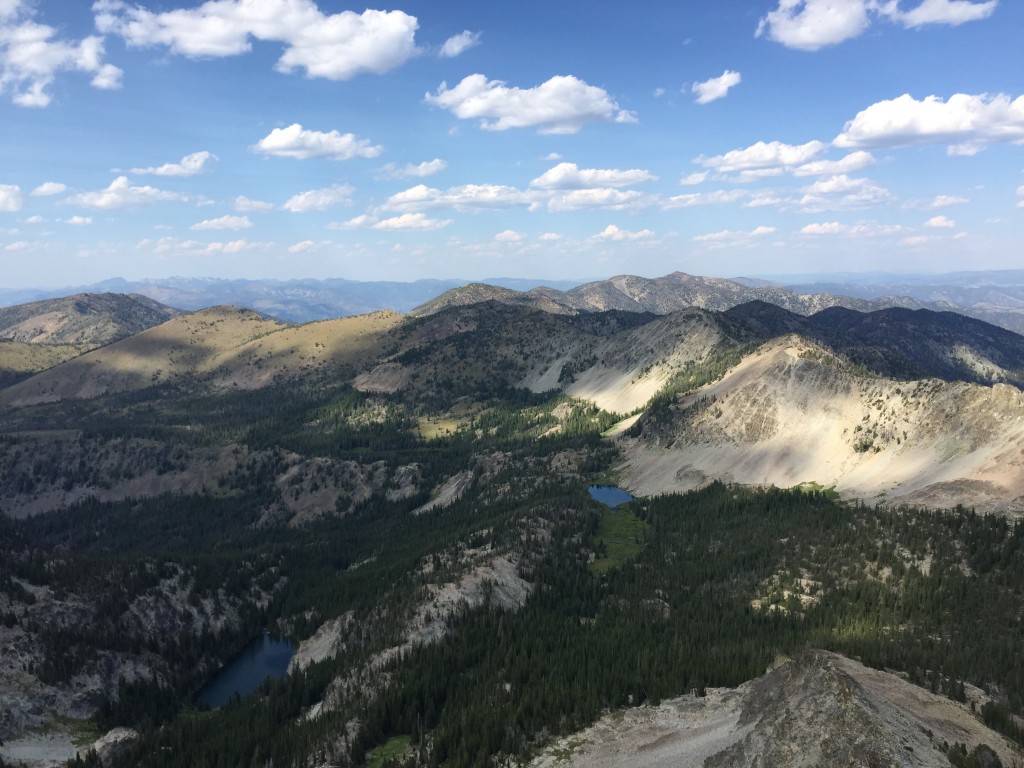 The views from the summit of Sleeping Deer Mountain are massive. This shot is looking north along a ridge line that contains many unnamed peaks as well as Martin Mountain at the left of the photo. 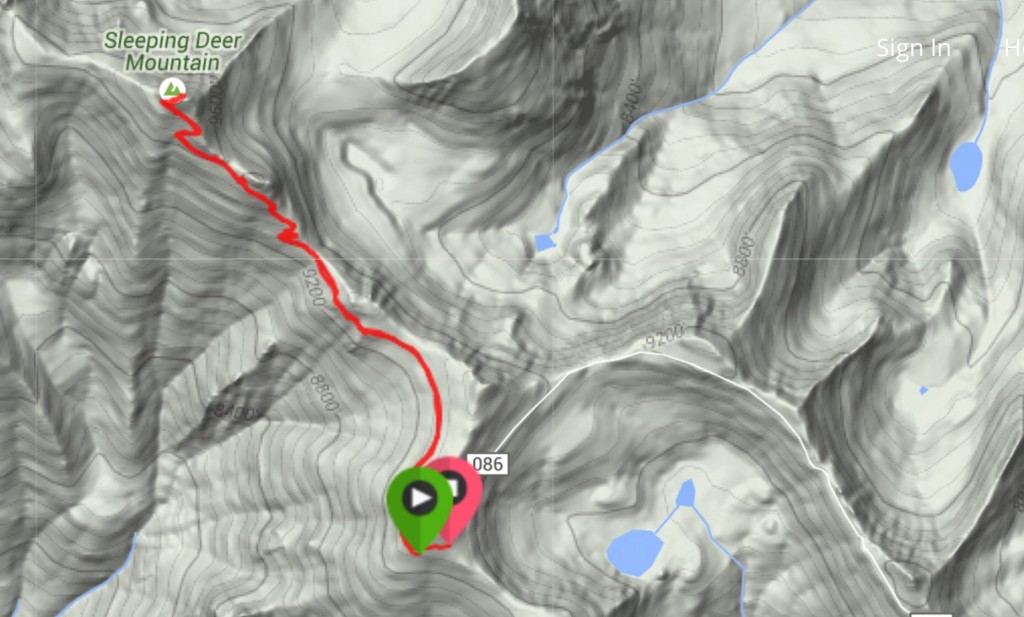