Follow FSR-301 to its junction with FSR-457. I came from Clarkia on ID-3, a distance of about 25 miles. A carefully-driven passenger sedan might get through those miles, but don’t say I recommended it. I drove my 4Runner (in 2WD mode) and appreciated the clearance. FSR-301 can also be followed to the same spot from the north at Avery, but I know nothing about that segment.

From the junction, follow FSR-457 for 2.5 miles to a poorly-signed junction where you go left onto FSR-363. This very rough (in spots) road reaches a small pullout on the right at about 1.5 miles from the junction and there is an ATV trail heading uphill to the left just beyond.

Follow the ATV trail to about 6,580 feet shortly before it dies out. At this point, there is a cleared spot to the left and the track bends a bit right. If you look closely, you may find a foot trail heading straight ahead. I left a couple of small cairns to point it out, but they may not last. If you can’t find the trail here, you can do what I did: follow the ATV track until it dies, continue uphill (bear left a bit), and stumble across the trail. This is the route shown on the GPS track. The trail leads to (and past) a shallow saddle with a rocky outcrop on the left. Go right to the ridge and right again (south) to the rock platform that used to hold a lookout. You can find John Vitz’s register in the rocks near a summit cairn. When I left, there was John and Donna’s entry from 2007 and mine from 2011. 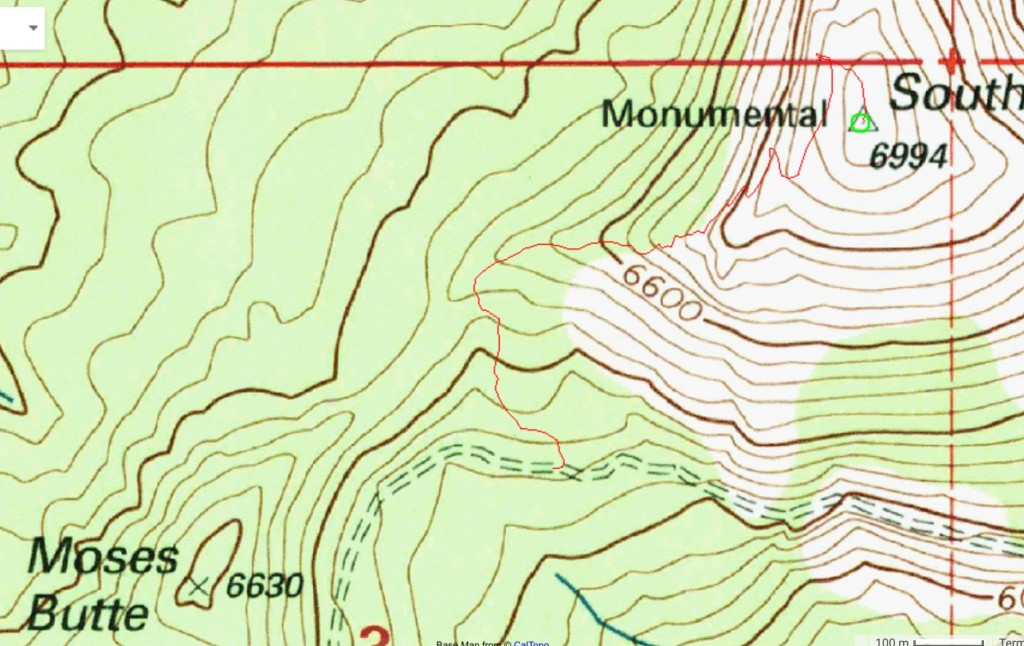