This peak is not in the book. This peak is part of the Trout Creek Pass Grand Slam completed by Livingston Douglas. Published November 2019

South Tit is a rounded peak that is ALMOST a ranked summit. It is located directly south of Dads Hump. It is an easy cross-country traverse from Dads Hump with a final climb up easy, short scrub to the small summit area. The southern aspects of the peak are much steeper than its gentle northern aspects. USGS Mahogany Butte 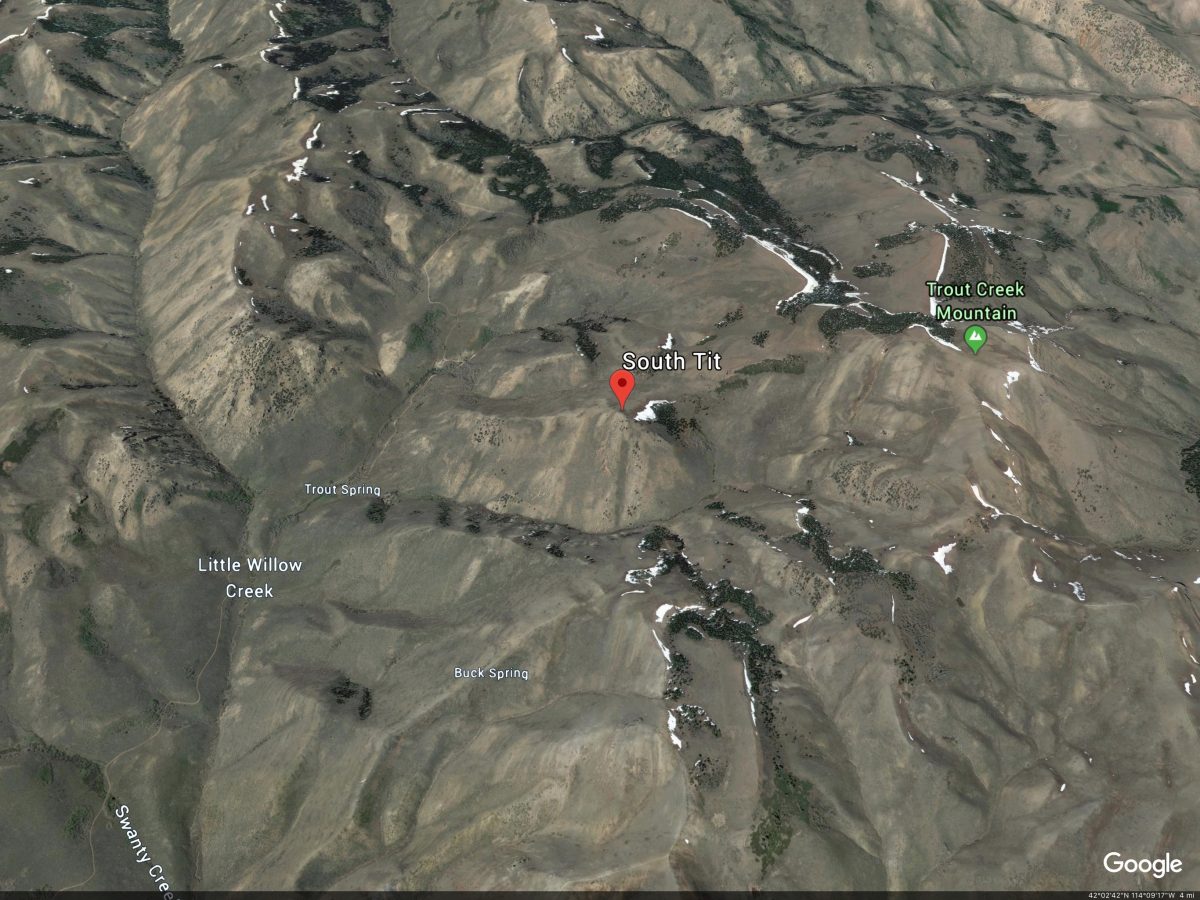 Same as for Dads Hump. This route is part of a cross-country traverse from Dads Hump. South Tit is Peak #2 in the Trout Creek Pass Grand Slam.

This climb begins on the summit of Dads Hump. From that summit, descend the south face. Then do a diagonal, descending cross-country traverse across open sagebrush (of moderate thickness and height), staying left/east of a prominent bump along the way to reach the saddle at the base of the northeast face of South Tit.

From the saddle, scramble up the northeast face, staying right/west of the forested terrain on the east side of the face. The terrain is a combination of short scrub, scree, and gravel. The summit of South Tit is small and has a collection of ground boulders and talus. There were no signs of previous ascent so I built a cairn on the highest boulder.