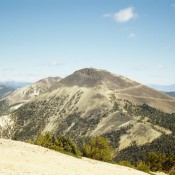 Climbing and access information for this peak is on Pages 132-133 of the book. Livingston Douglas updated this peak and added new information regarding the historically-important north ridge route. Updated November 2021

South Twin is the second-highest peak in the Salmon River Mountains. South Twin’s Lookout is the highest fire lookout in Idaho. Although a road rather than a trail leads to the top, it is still a nice hike. USGS Twin Peaks 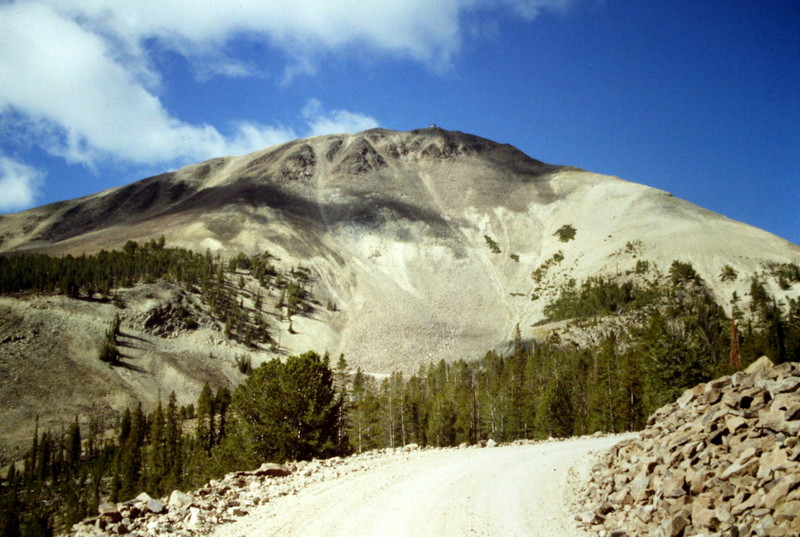 South Twin Peak as viewed from the east. 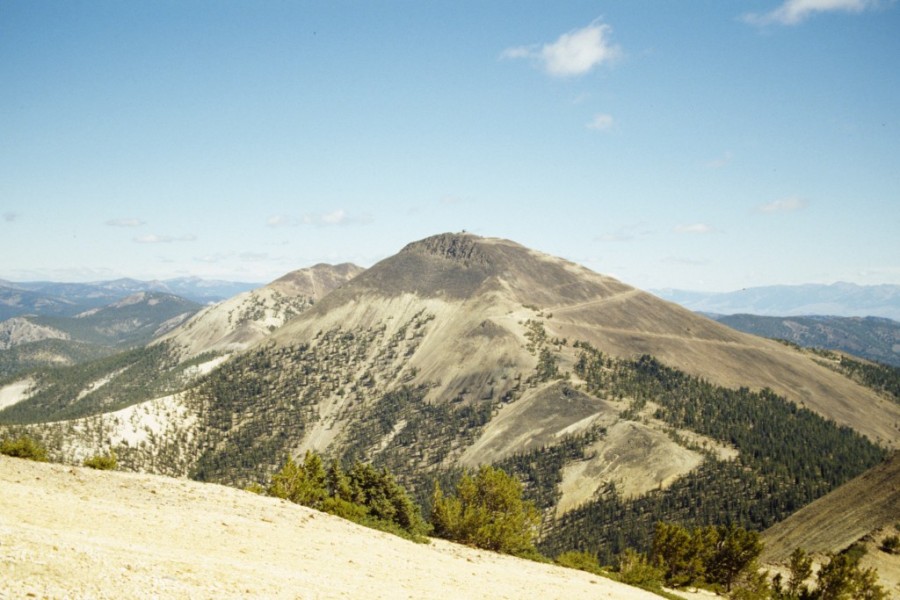 From the 9,183-foot connecting saddle with North Twin Peak, scramble south-southwest then southwest then south up the steep north ridge. It is best to stay on the open, rocky ridge crest for the surest footing. Early on, the climbing is on steep, loose scree and gravel. The ridge is rounded and the scramble is more of a face climb. It is NOT FUN. Higher up, you will find an old ranger’s trail that does long switchbacks in the talus on the right/west side of the ridge.

The old trail is a bit hard to follow and laborious, so stick to the ridge crest. The rock gets larger as you gain elevation. But the boulders/talus are also unstable, so be careful. The ridge narrows high up and bends left-ish/south. The ridge rock and rocky outcrops are of dubious quality, so be careful. There is a short section of Class 3 ridge rock to navigate. Once above this section, the ridge moderates to Class 2. The final push to the summit reaches a cairn with a post in it. But, alas, it is not the high point.

Pass the outhouse and hike up to the base of the fire tower. The north side of the fire tower is the high point of South Twin Peak. There is no summit cairn or USGS benchmark. The north ridge is rarely climbed. The fire lookout manager told me that no one has climbed up the north ridge in the past three summers that he has been manning the tower. Shame, shame. In the “good old days” before there was a road to the top, the rangers lived in the guard station (where I parked) and hiked up the north ridge daily to do their fire tower duties. Not anymore. 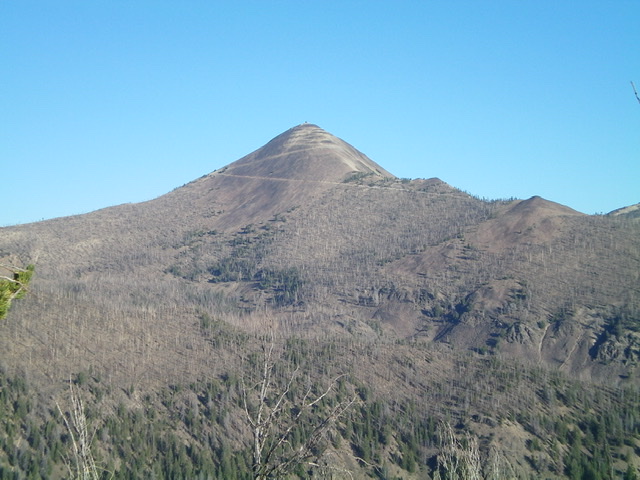 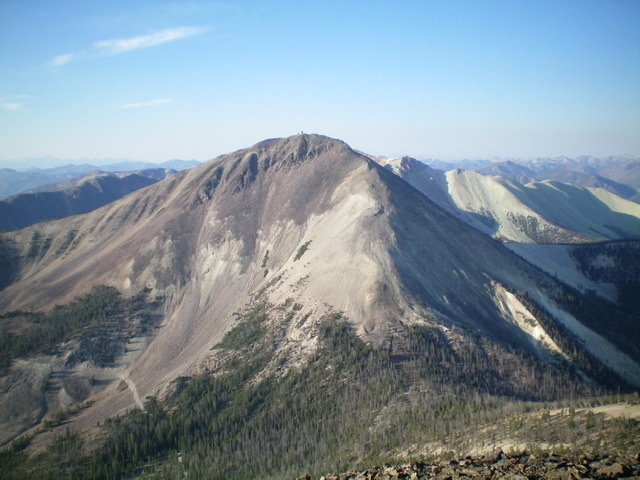 South Twin Peak as viewed from the summit of North Twin Peak. The north ridge (my ascent route) climbs the steep talus, scree, and rocky outcrops to the fire tower. The ridge is just right of center. Livingston Douglas Photo 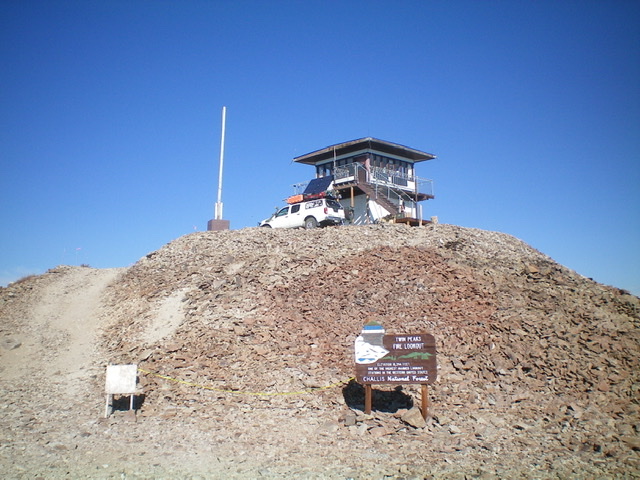 From the summit, follow the rocky, narrow access road back down to the signed road junction and then hike briefly down Sleeping Deer Road to the old Twin Peaks Guard Station and your parked vehicle. 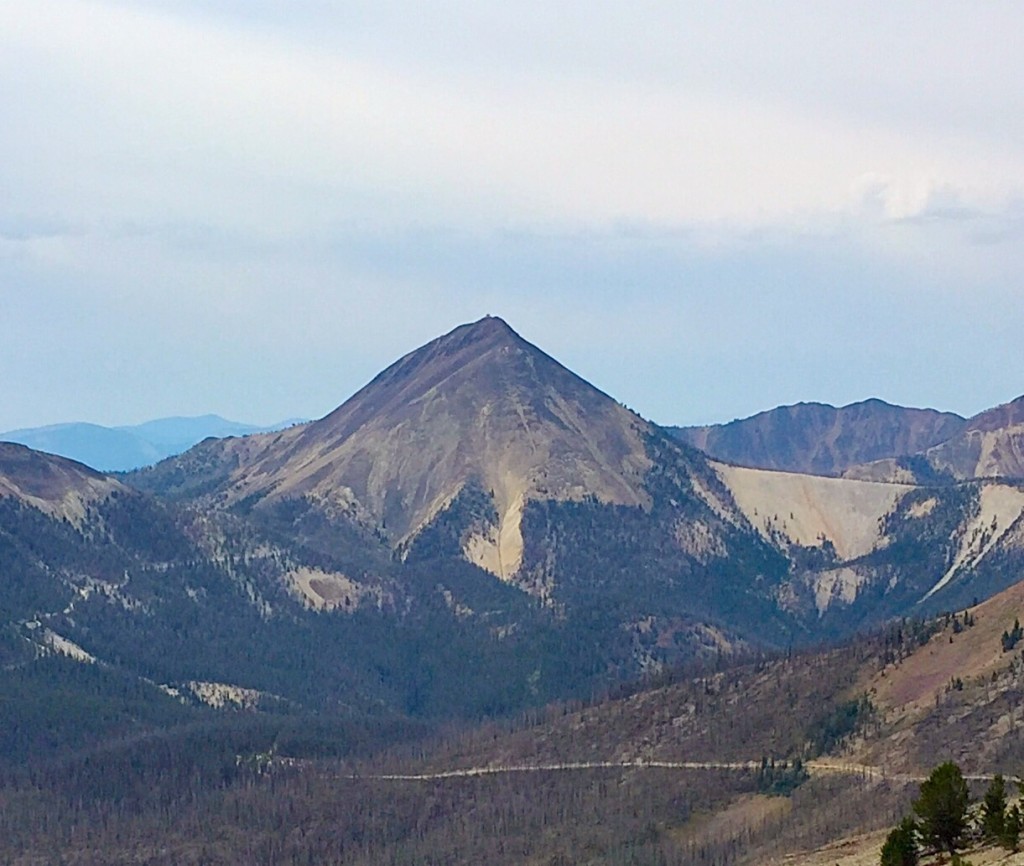 South Twin Peak as viewed from the west.