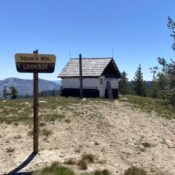 This peak is not in the book. Published July 2022

Square Mountain sits deep inside the Gospel Hump Wilderness. A road corridor penetrates into the wilderness and ends on this peak’s summit at a fire lookout that was built in 1931. The lookout was manned into the early 1970s. The structure was repaired in the late 1990s. The view to the east is vast and includes the highest peaks in the Gospel Hump Wilderness.  USGS Marble Mountain 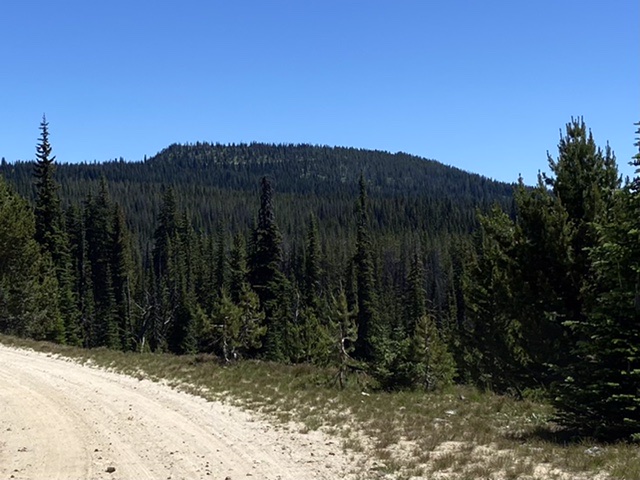 Square Mountain viewed from the west.

Primary Access is from US-95 at either Riggins, White Bird or Grangeville, Idaho. Secondary access is via FSR-221. FSR-221 is a major, well maintained road which runs between the main Salmon River east of Riggins, Idaho and Grangeville, Idaho. The road’s southern end is accessed from the Salmon River Road east of Riggins, Idaho at the point where Allison Creek flows in to the Salmon River. The southern end is a well built and signed gravel road which is wide and suitable for passenger vehicles in the summer. To reach FSR-221’s northern end from US-95 turn east into Grangeville, ID and continue a long mile on Main Street (ID-13) to the east edge of town. The town ends abruptly at the old Forest Service office on the northeast corner of the intersection of ID-13 and the Mount Idaho Grade Road. From this intersection, travel south (right from downtown) on the Mount Idaho Grade Road. After 0.7 miles, keep to the right (straight) where the main road curves left at the drive-in theater. The road now becomes the Grangeville-Salmon Road. After about 2 miles, the road begins to climb the mountains south of town after crossing the National Forest Boundary. This road becomes FSR-221 at Fish Creek Campground. Continue on the paved road to the well-marked FSR-444. This turn is just before Mile Marker 30 and is approximately 31.0 miles south of Grangeville.

Turn east on to FSR-444. This gravel road is well designed and wide. It is steep and not recommended for trailers. At roughly 8.0 miles FSR-444 reaches the Upper Gospel Lake  viewpoint pull-out. FSR-444 crosses the slopes of Gospel Hill and Gospel Peak. The road ends at the Square Mountain lookout after 12.0 miles. The highest point of Square Mountain is just northwest of the summit. 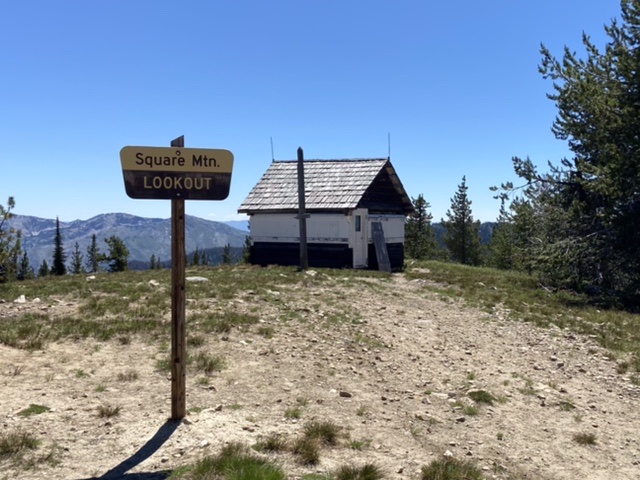 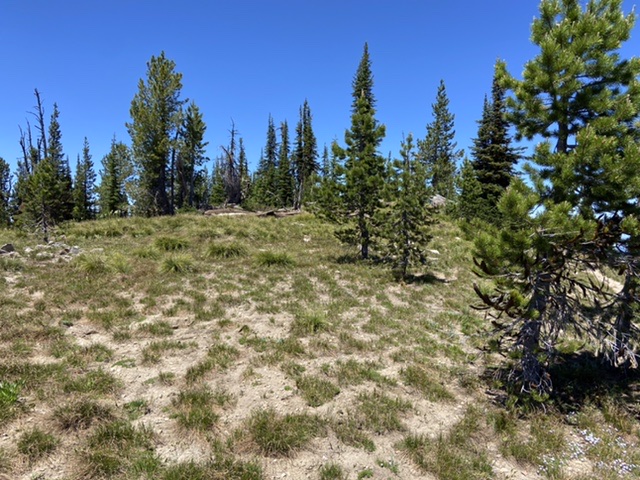 The highest point on Square Mountain is on the trees to the northwest of the lookout. 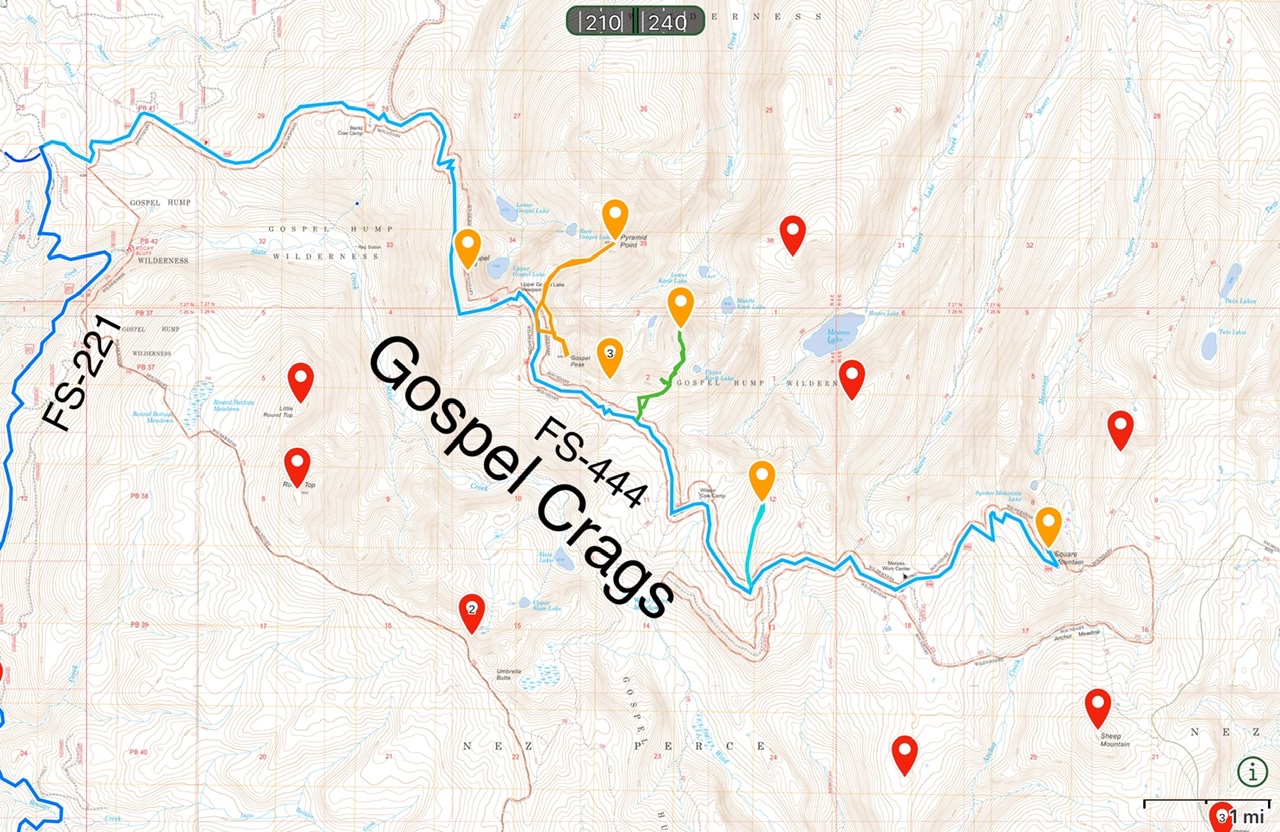 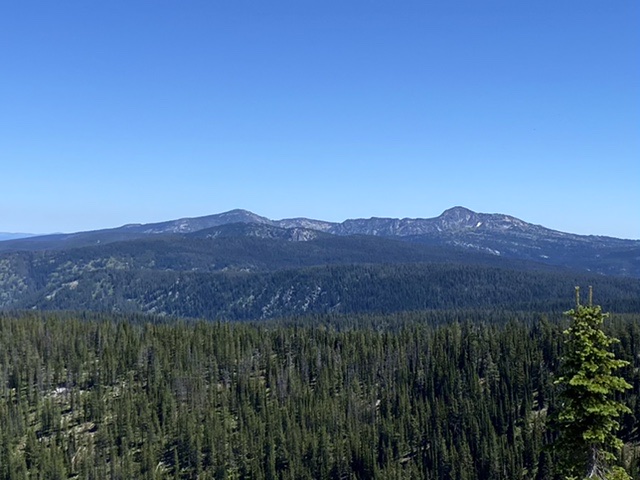 Looking from the lookout to North Pole and Buffalo Hump.