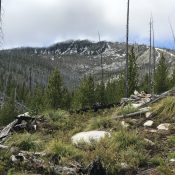 This peak is not in the book. Published June 2018

Steamboat Benchmark has over 2,000 feet of prominence and is highly prized by P2K peakbaggers. It is the high point on a long North/South ridge line in the middle of the proverbial “nowhere.”  It was a fire lookout. It has two summits of almost equal height. My GPS reported the South Summit as slightly higher. The views from both summits are expansive. USGS Loon Lake 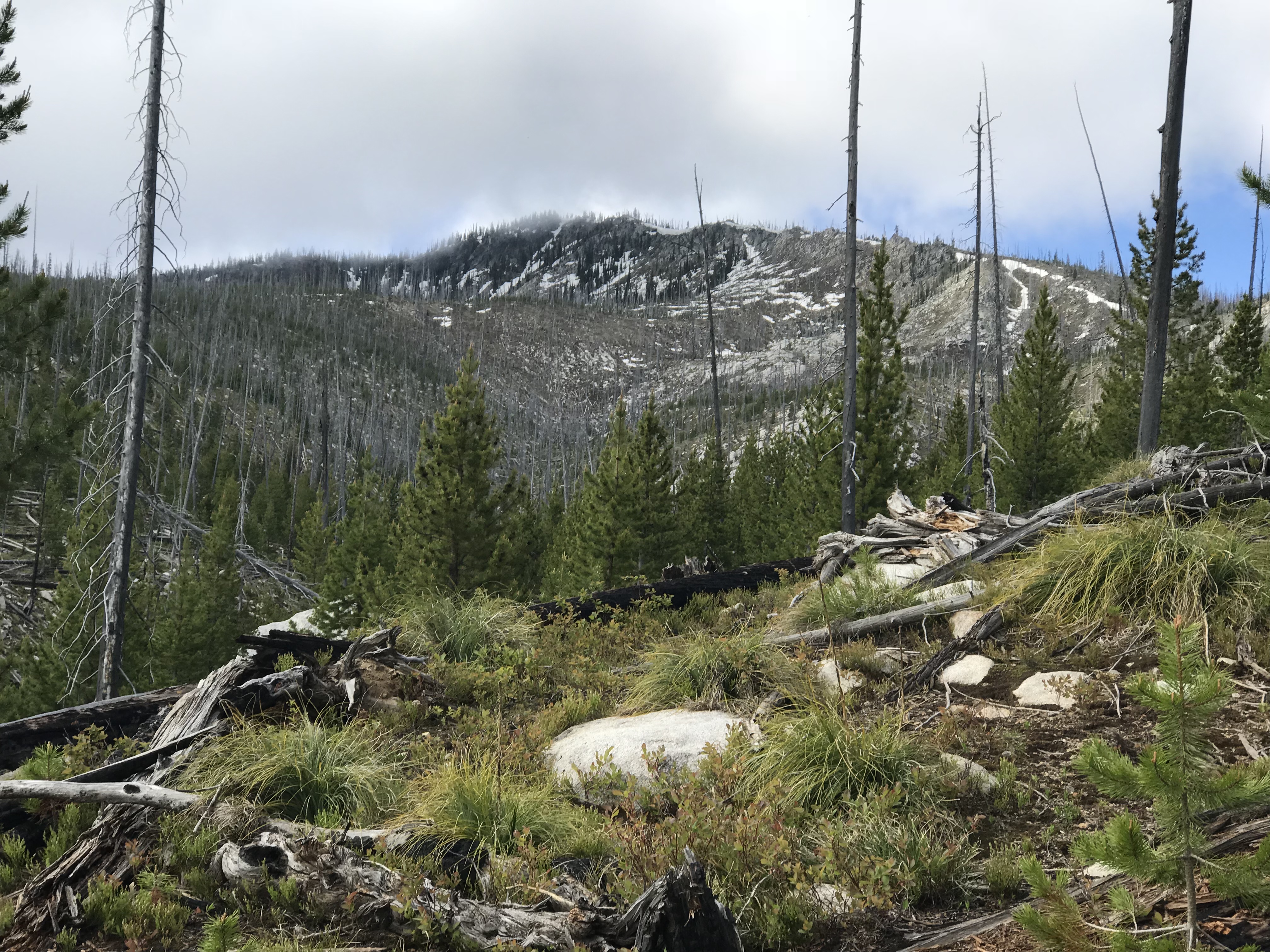 The North Summit of Steamboat Benchmark as viewed from the trail.

The summit is accessed by a trail which leaves Warren Wagon Road/FS-21 [(B)(2) on Page 135] east of the outlier community of Secesh at the point where the road crosses Stratton Creek (just east of Steamboat Summit). In 2018, the trailhead was not signed. There is enough parking for 1-2 vehicles.

FST-128 takes you, more or less, to both summits in 3.0 miles. In 2018, the trail was in poor condition. I estimate that the tread is difficult to follow for 50 percent of the distance to the summit. A lot of the area is burned and downed timber complicates finding the path.

There is a trail marker at the start. Soon after leaving the road, the trail forks. Take the right fork, which quickly crosses the creek. The next half-mile is mostly nonexistent but does follows the line shown on the map. After this section, the trail is cairned to the saddle south of Point 7768. The trail once again disappears but generally follows the line shown on the map. 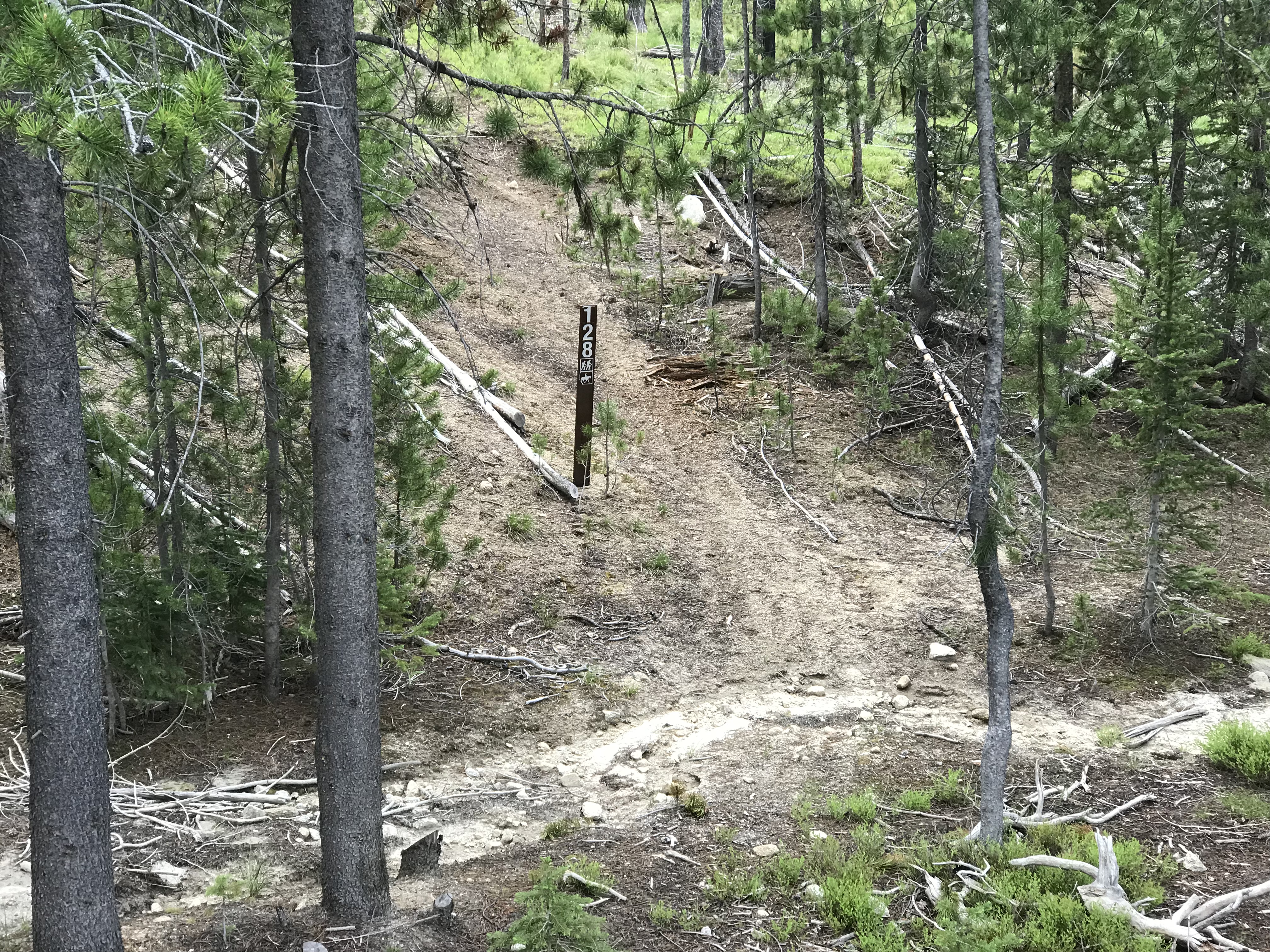 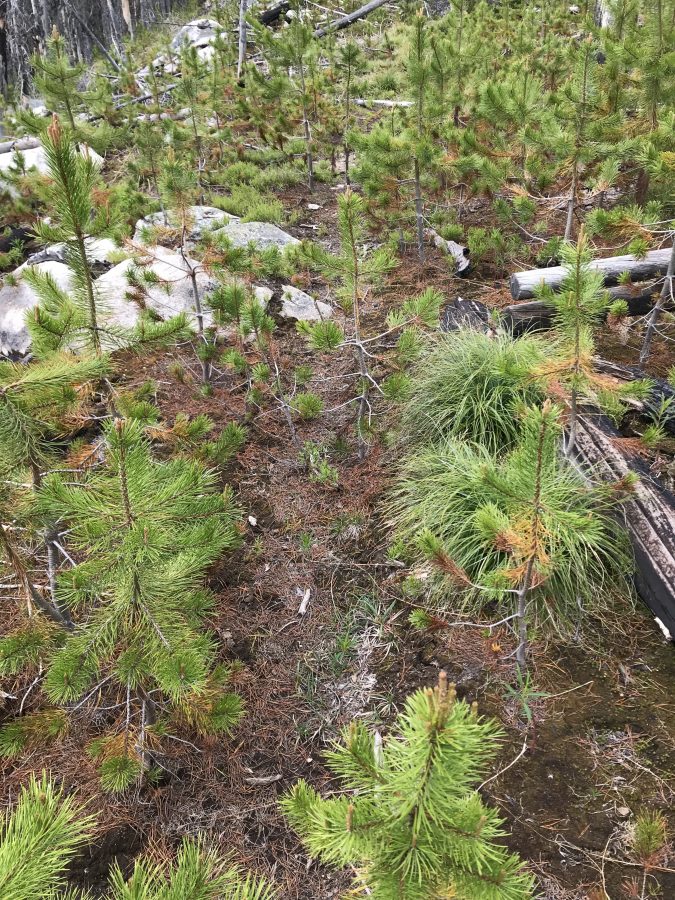 This photo shows typical trail conditions in the first half mile. 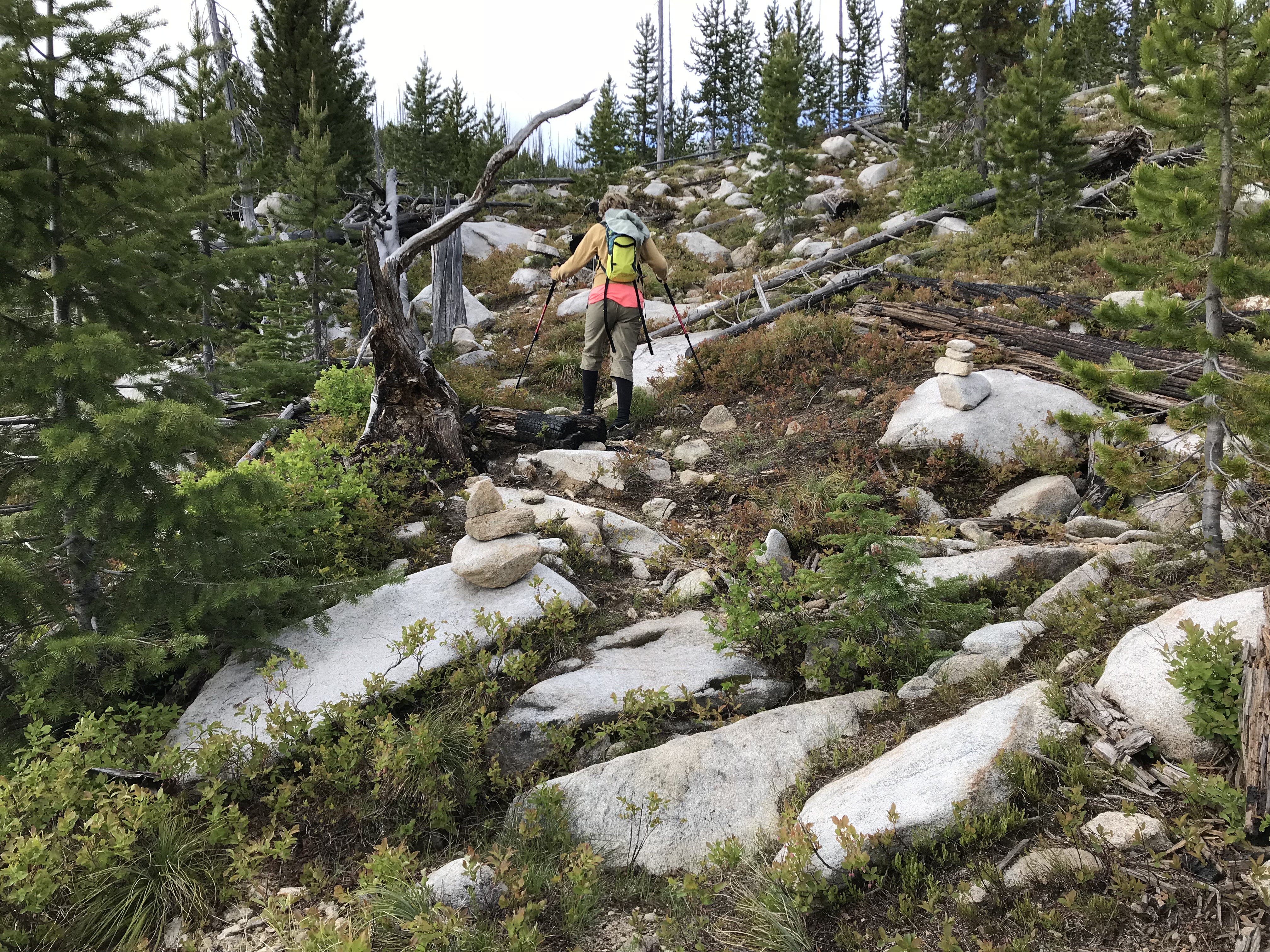 The cairned section of trail is easier to follow but it does deviate from the line shown on the map. See the GPS track below. 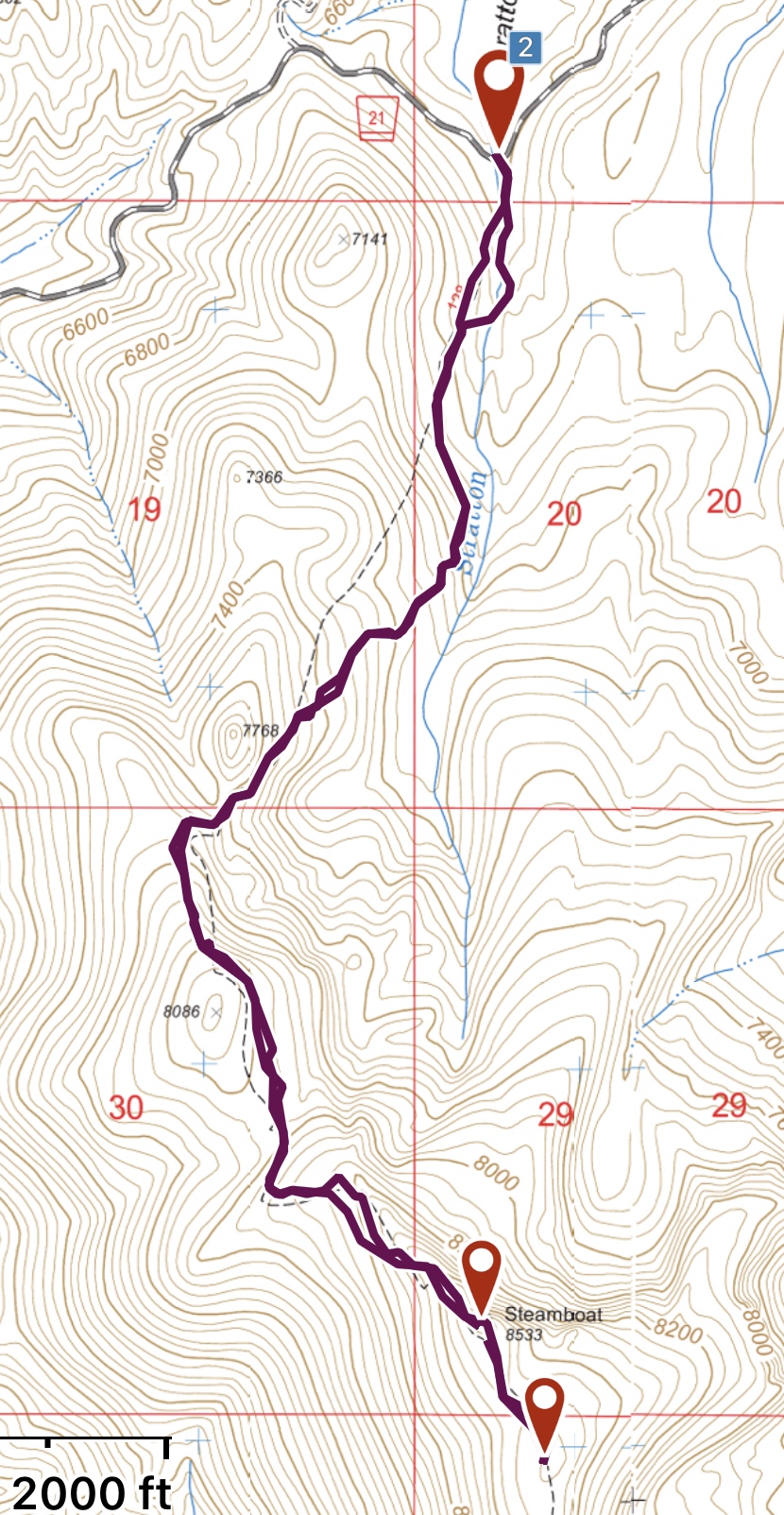 My GPS track. For the most part, we followed the trail. 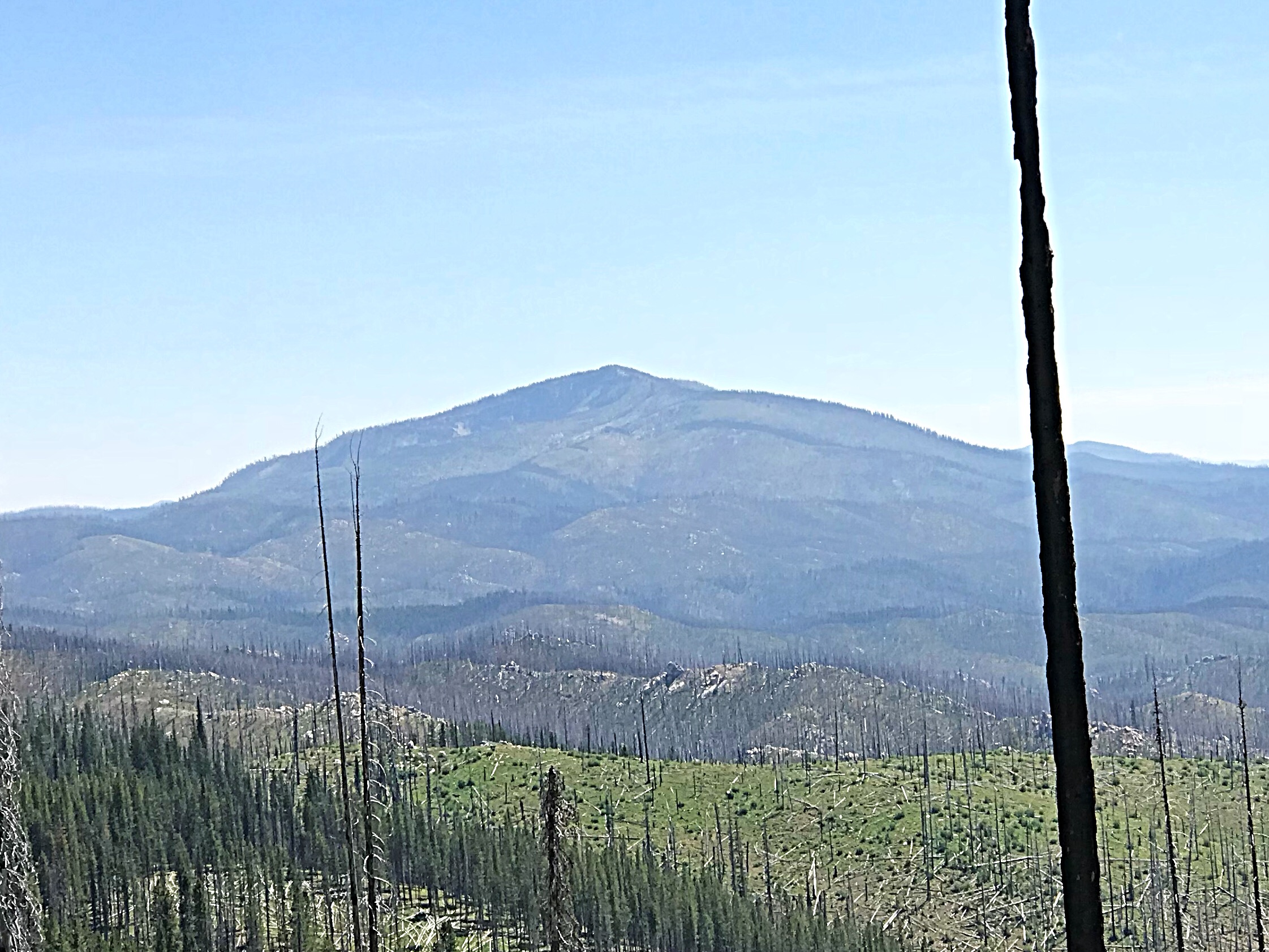 Steamboat Benchmark as viewed from the northwest. 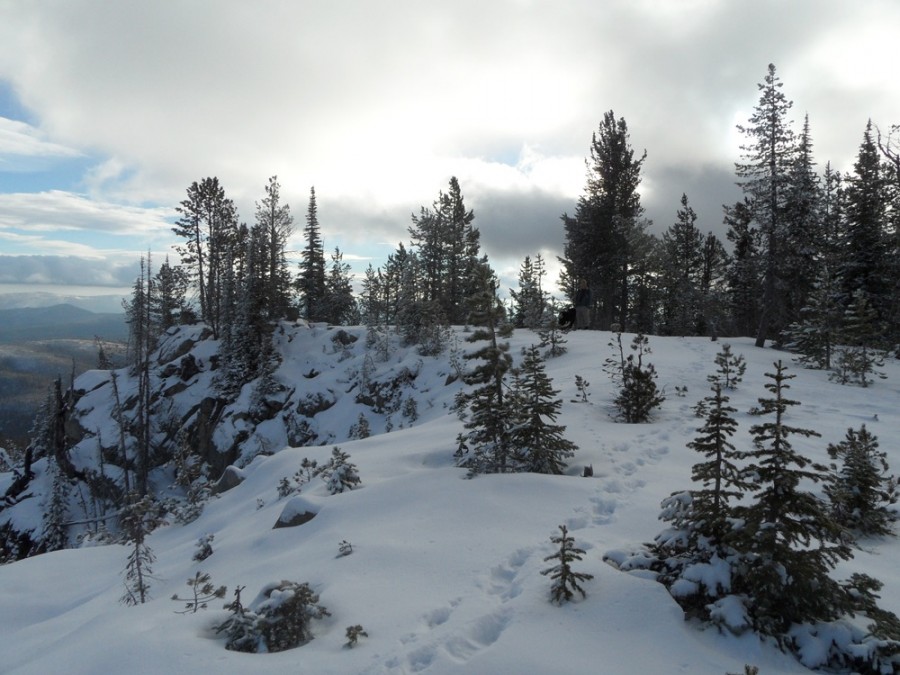