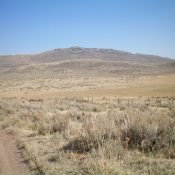 Sugarloaf Mountain is a narrow ridgeline crest with a magnificent, steep southwest face that is quite noticeable from Long Valley Road to its southwest. It is located less than 10 miles northwest of Grays Lake. This area is a mix of BLM land and private ranch land, so be aware of the public/private property lines here. USGS Homer Valley 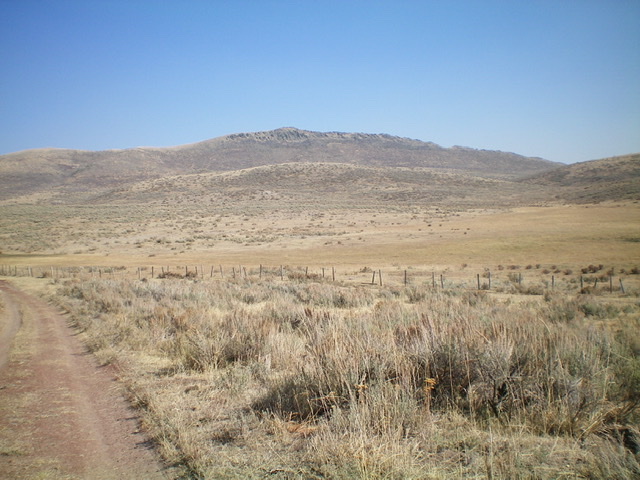 Sugarloaf Mountain as viewed from the southwest. Livingston Douglas Photo

The [signed] junction of ID-34 and West Side Road (just a simple street sign) is located just east of where westbound ID-34 makes a SHARP turn left/south to head down to Blackfoot Reservoir and Soda Springs. At this junction, turn right/north onto West Side Road (a smooth dirt road that follows the west side of Grays Lake) and drive 8.9 miles north to a [signed] “T” junction at the northwest corner of Grays Lake. Turn left/west onto Grays Lake Road (which becomes Long Valley Road) and follow it for 7.8 miles to a signed corral on the right/north side of the road.

The corral is signed “Foster 100 Ranch/Turnaround Corral.” Yes, this is private land but access is allowed on a 2-track jeep road that passes briefly through it to reach BLM land. Park near the road at this corral or drive up the road about a mile to reach a fence row that is typically gated and locked. The road becomes a weak 2-track here.

From the corral alongside Long Valley Road (6,345 feet), hike (or drive) about a mile to a junction at an open field with cattle fencing around it (“Corral” on the USGS topo map). Go right/south here and follow a weak 2-track across the grassy, open area and cross another cattle fence. Continue to follow this 2-track road as it turns left/east and heads toward Sugarloaf Mountain. Just over half a mile from the road junction, you will reach a draw that comes in on the left/northeast side of the 2-track road. The road bends right/southeast here and climbs up to a saddle (visible from here).

Leave the 2-track road and follow the draw northeast on a cattle trail. This draw heads directly at Sugarloaf Mountain and avoids the humps on both sides of the draw. The draw makes a few turns. Just stay in it and keep heading toward the mountain, using cattle trails whenever possible to advance through the sagebrush. The draw eventually ends at the base of the southwest face of Sugarloaf Mountain. Scramble northeast straight up the sagebrush slope, which quickly steepens and adds talus/scree to the mix. The sagebrush and other brush get thicker and is a bit of a chore, but it is only about 400 vertical feet of scrambling to reach the summit ridge crest.

The terrain becomes quite rocky just below the ridge crest but there is a foot path that leads diagonally left up onto the ridge. Once on the ridge crest, scramble left/northwest on the rock-and-scrub ridge to reach the rocky perch that is the high point of Sugarloaf Mountain. The summit has a large cairn and a USGS benchmark in a ground boulder. This area is a mix of private and public land. The summit and much of the southwest face is on private land but I encountered no fencing, orange paint, or signage to prohibit hiking here. 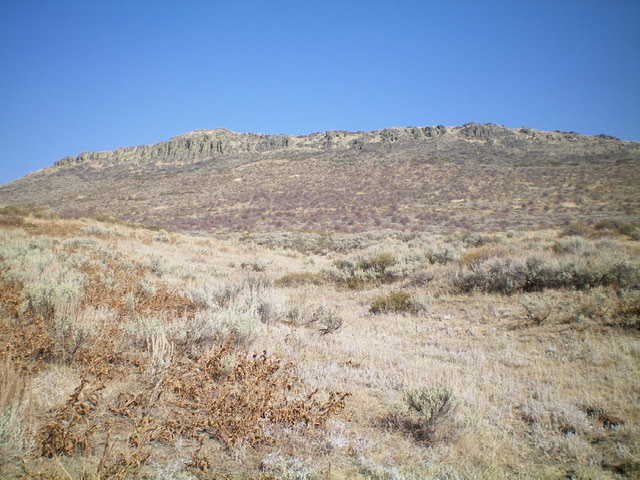 The ominous southwest cliffs of Sugarloaf Mountain as viewed from high in the draw. The summit is the high point left of center. Aim for a break in the cliffs (just left of center) just to the right of the impossible cliffs. It looks like a gully from here. Livingston Douglas Photo 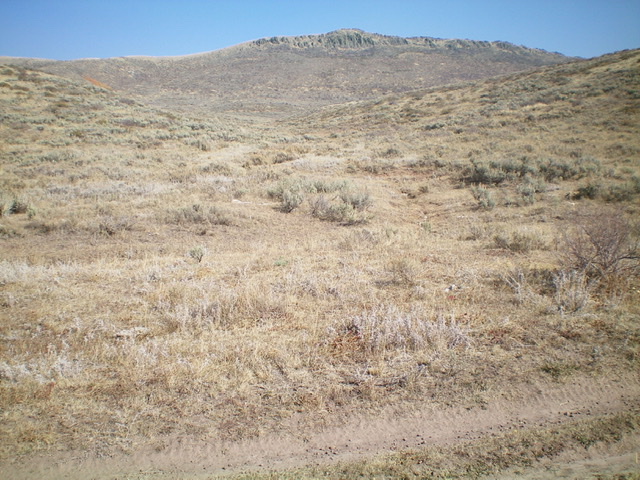 This is the base of the draw, as viewed from the 2-track jeep road. Leave the road here and begin the off-trail bushwhack to the top of Sugarloaf Mountain. The summit is in dead-center. Livingston Douglas Photo 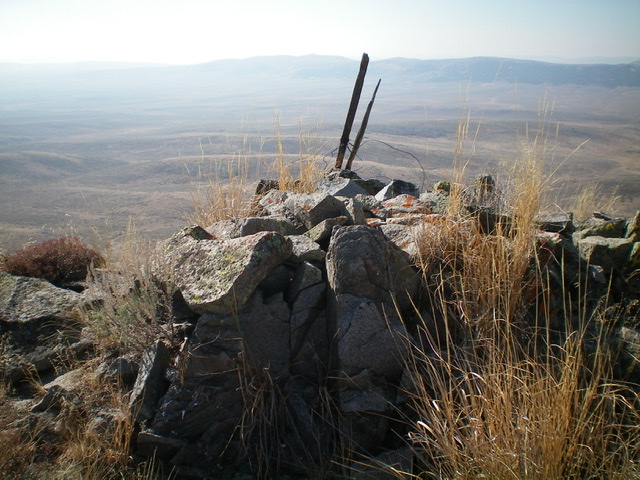 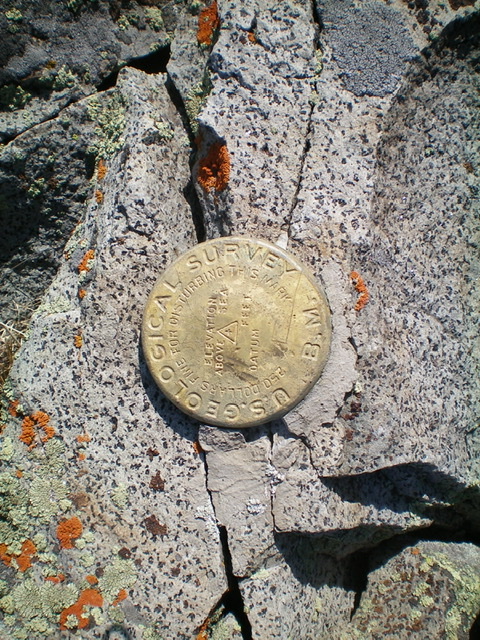